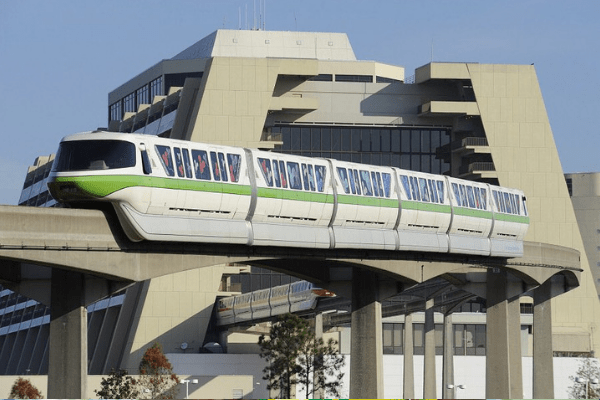 Share
The controversial N150 billion monorail project in Port Harcourt, Rivers State, for which N30 billion may have been spent, is tearing apart those who jostle to govern the state come May 2019.
Whereas, the Social Democratic Party (SDP) leads in the quest to revive the project because it is peoples’ money that is involved, the Labour Party (LP) is vehemently opposed to such ideas.
Those in between, such as the Action Democratic Party (ADP) and Action Democratic Congress (ADC) said they would study it first to know its viability.
Details of their positions emerged at the BBC Governorship Debate series that came to Port Harcourt on January 31, 2019, at the Hub on Peter Odili Road at Trans-Amadi section of the state capital.
When the issue was thrown up by the moderator, Nduka Orinmuo, the SDP candidate, Precious Elekima, said he would carry on with the project because huge sums had been sunk into it, but said he would divert the route to Isaka in Okrika as part of a plan to push Port Harcourt southwards.
The extreme case against the monorail was taken by Ikwerre-born LP candidate, Isaac Wonwu, vehemently rejected the reviving the project. He said he had better ideas with money to invest.
Another candidate who derided the project as ‘chopisnon’ meaning fraudulent project, is the candidate of the ADC, Eniye Braide, but he at least he would look into it.
Close to the position of the SDP is the candidate of the ADP, Victor Fingesi, who said he would want to complete it but cautiously said he would first commission a study into it. He however admitted that Port Harcourt needed an efficient transport system.
The project was abandoned by the Wike administration who said it was fraught with financial misapplication. Instead, a panel was set up to probe it. Wike had once said it was only if the people demanded for its re-instatement that he could return to it. Thus, the Wike-led administration has not breathed any words about the project since coming into office in 2015.
However, while answering questions during the 2019 gubernatorial debate organized by the BBC Pidgin Service, Elekima vowed to continue the Monorail project, but with a diversion to Isaka community in Okrika Local Government Area of the state.
The fate of the monorail project was nailed in March 2016 by Gov Wike after a quick probe action on the project started by Chibuike Rotimi Amaechi in 2008. The former administration to which Wike was a principal officer (chief of staff) had initiated the project following a recommendation of a public forum on transportation where a onetime military governor, Tony Ukpo, had suggested the monorail system as best for an emerging mega-city.
A public private partnership (PPP) was reached with Ukpo’s firm, STI, and special purpose vehicle was immediately floated to create N150Bn project to start the monorail on partnership with the state government remitting its part said to be about N11Bn. The Rivers Monorail Company Ltd was floated with Rivers State Government owning 20 per cent while STI International had 80.
The global meltdown of 2008 was said to have affected the partners who could not produce their counterpart fund; Rivers State Government then said it had paid N11Bn equity by 2010 but STI did not.
The project had attracted the support of most important citizens including a onetime Attorney-General and Commissioner for Justice in the State, OCJ Okocha, who had stated that the monorail project was well intended by government and had urged the people to support the government in its bid to build such monumental project.
When STI pullout out, the administration went ahead with the project and by the end of the Amaechi administration, about N30Bn was spent, but the project was still far from completed. The monorail was to help run from the old Port Harcourt to the Greater Port Harcourt in 30 minutes instead of the present two hours due to traffic jams. The project seems to have been caught up in fierce political crisis that erupted in 2012.
Wike on seat declared that despite his commitment to the completion of the numerous projects left behind by his predecessor; the monorail would not be one of them.
His words, “Rivers people have told me not to touch the Monorail left behind by the other government”. This seems to have put paid to the debate of whether or not the project should be completed due to huge sums sunk into it.
He said, “In spite of distractions, we have succeeded in completing many abandoned projects left by the previous government. We have cleared backlog of unpaid salaries and pensions left by the previous government. We have succeeded in restoring the judiciary and reopening courts shutdown by the previous government.”

Between 2019 and 2023: Reflections on APC’s Abeokuta rallies