Rivers factional APC says its time to rebuild the party 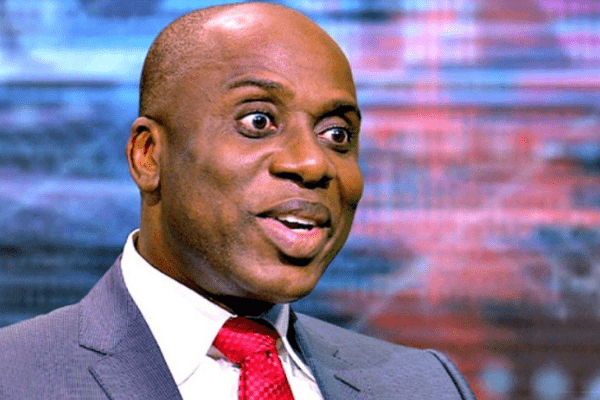 A faction of the All Progressives Congress (APC) in Rivers State has called for the rebuilding of the party that has been in comatose for over two years. The party has been in crisis that knocked them out of the 2019 elections.

Now, the faction loyal to former governor, Chibuike Rotimi Amaechi, led by Sokonde Davies, which pushed out the Igo Aguma faction loyal to enemies of Amaechi, has called for rebuilding and for peace, saying the call was in line with the advice given by a Port Harcourt high court judge who made Aguma caretaker committee chairman and who advised the party to try and rebuild itself.

The Aguma-led committee immediately called for peace but the aggrieved faction shunned it. Soon, they met and removed Aguma who they accuse of being backed by the ruling party in the state. Now, they are calling for peace and rebuilding even when Aguma and his followers may not recognise them.

In his first statement as state publicity secretary, Ogbonna Nwuke said the meeting of the National Executive Committee (NEC) may have come and gone but that its outcomes have significance and lessons. “First and foremost, the decisions reached have demonstrated that the key to the revival of the APC and the attainment of a prosperous future that we seek lies in embracing peace and unity.

“Secondly, it has proved that the leaders of our great party have the best interest of a great majority of our party men and women at heart. By virtue of the resolutions which were taken at the NEC meeting, all APC members have been presented with a unique opportunity to solidify the foundation on which the success story of our great party was built.

“Thirdly, those decisions have taken care of the rascality that has resulted in the breakdown of party discipline, party cohesion and party unity.”

Taking a look at the Rivers APC family, Nwuke said: “For so long, our membership in Rivers State has yearned for the restoration of peace and concord. We have been worried by the interference of external forces in our internal affairs, and the penchant which has paved the way for disorder, rancour and bitterness.”

According to him, “The Rivers Caretaker Committee comprising statutory members, recognises the inherent danger that these trends pose to our common aspirations. We similarly recognise that there are pockets of disagreement within our ranks which must be straightened out.

“Accordingly, we have embarked on a number of actions which would cement the basis of party unity. The leadership enshrined by the statutory members of our party in Rivers has stepped up consultations. We shall continue to do so.

“We believe that the directive urging all those who have gone to court to withdraw their cases was not made in spite of the legal rights that aggrieved members may have. In our view, it is a decision taken in order to promote effective communication as well as constructive engagement amongst party members.”

He said the leadership has faith in the ability of Rivers progressives to reconstruct the future. “To do so, we must come together as one. We have no doubt, regardless of the pain and anger which may exist, that we can rise to the occasion in the interest of our teeming members who look up to us for guidance and leadership.

“To this end, we urge our members to embrace the window of opportunity that has been provided, following the dismantling of structures, which hitherto allowed the promotion of hate, disunity and the rule of the jungle. We assure that the Caretaker Committee led by Hon. Sokonte Davies would remain astutely focused on conflict resolution. This is in addition to laying the structural foundation for the commencement of party activities.”