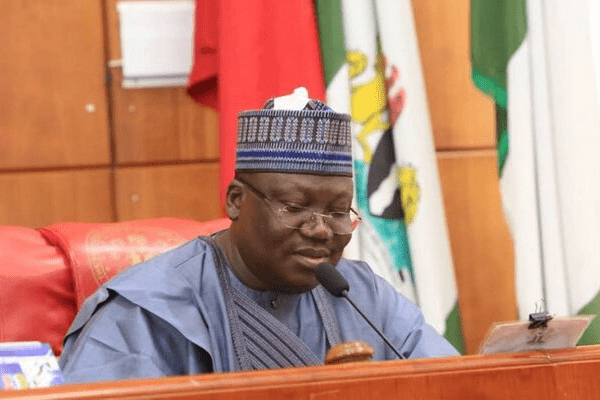 There was outrage as the Control of Infectious Diseases Bill that generated controversy after being passed in the House of Representatives scaled first reading in Senate under a new title.

Utazi is the chairman, Senate committee on primary healthcare and communicable diseases.

Immediately the bill was read, there was agitation as Senators kicked against it, insisting the content of the bill must be made open before subjecting it to any consideration.

The Senators alleged that the new bill may have disguised, and or may have been the replica of the controversial bill passed by the House of Representatives, hence the necessity for Senators to be provided with the draft copy.

Former Deputy Senate President, Senator Ike Ekweremadu, on point of order, demanded that a draft copy of the bill should be shared to lawmakers to enable them know whether it is the controversial bill or not.

Senate President, Ahmed Lawan, quickly ordered that the bill be distributed to all Senators and further ruled that the second reading would be taken next week in plenary.

There has been growing concern that the proposed Infectious Diseases Bill, if allowed to become law, will give excessive powers to the Director-General of NCDC and pave the way for a health sector controlled by a totalitarian agency.

Many people have posited that the bill is draconian and has semblance with Singapore’s Infectious Diseases Act of 1976.

For instance, Section 48 of the bill proposes that “the director-general of the NCDC may by order direct unvaccinated persons to undergo vaccination or other prophylaxis within such period as may be specified in the order”.