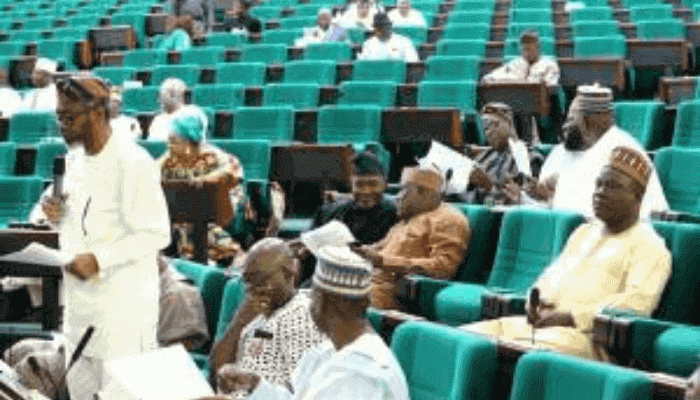 The House of Representatives Wednesday stepped a motion to obtain the report of the 2014 National Conference so as to incorporate it in the ongoing constitutional amendment by the 9th Assembly.

The motion, sponsored by the Deputy Minority Leader of the House, Toby Okechukwu made reference to the over 600 recommendations of the conference which he said were far reaching.

Okechukwu said the reports of the 2014 National Conference and the report of the ruling All Progressives Congress (APC) Committee on True Federalism chaired by Kaduna State Governor, Nasir El-rufai will benefit the National Assembly in the discharge of its constitutional responsibilities.

Moving motion, the lawmaker said: “The House is aware that the Federal Government of Nigeria instituted the National Conference on March 17, 2014 where about 492 delegates drawn from various segments, interest and professional groups of the Nigerian society brainstormed on how to build Nigeria into a more cohesive, viable, prosperous union.

“Aware that the Conference, made over 600 recommendations cutting across public service; devolution of powers and political restructuring; national security; trade and investment; energy; public finance and revenue generation; social welfare; politics and governance; electoral reforms, among others.

Mindful of the fact that this House as well as the Senate set up respective Committees on Constitution Amendment;

“Equally mindful that Section 4 of the 1999 Constitution of the Federal Republic of Nigeria vests in the National Assembly the powers to make laws for the peace, order, and good government of the Federation”.

However, the motion was countered hy Deputy Speaker of the House, Ahmed Wase who said it was wrong, stressing that the Committee had sent out notice, requesting inputs by way of memoranda from Nigerians.

Wase argued that, it was incumbent on owners of the documents to submit them to the Committee if they considered them important.

In his response, Speaker of the House, Femi Gbajabiamila who acknowledged the input by the Deputy Speaker asked Okechukwu if he was contented with the intervention even though the prayer of the motion was commendable.

Okechukwu also agreed to withdraw the but insisted that the documents should be made available to the Committee on Constitution Review in the course of the Committee’s sitting.