…Charges them to be professional, neutral 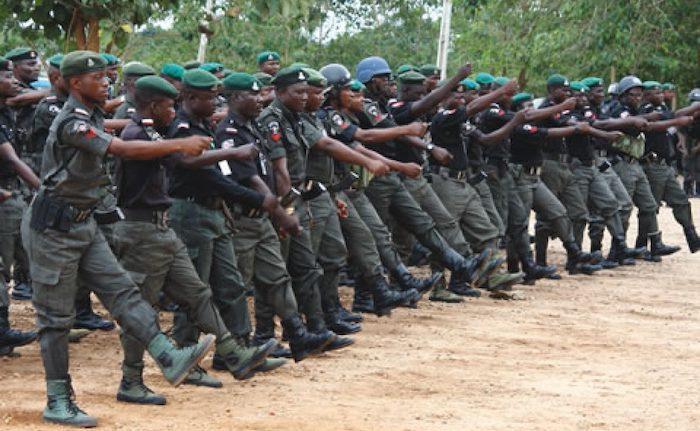 Ahead of the forthcoming governorship elections in Edo and Ondo states, the Inspector General of Police (IGP) Mohammed Adamu, has given indication that the force will deploy Police Mobile Force (PMF) for the elections even as has charged the Commanders of the seventy-nine (79) Police Mobile Force (PMF) Squadrons spread across the nation to exhibit high-level professionalism, neutrality and embrace a citizen-friendly approach in policing the elections in Edo and Ondo on 19th September and 10th October, 2020 respectively.

This was contained in a statement issued on Monday by Force Public Relations Officer; Frank Mba (DCP) in Abuja, stressing that the police boss gave the charge during a conference with the commanders held at the Force Headquarters, Abuja on Monday.

The IGP had two weeks ago raised alarm that politicians in the two states with off season election cycle this year, have started stockpiling weapons and recruiting thugs to undermine the electoral process even as he warned of dire consequences for any person or group found to have perpetrated mayhem before, during and after the elections.

The conference centred on the deployment of the PMF for the elections and general review of the current internal security threats in the country. It availed the Force leadership the opportunity to further re-strategize on best approaches on mitigating security threats particularly as contained in the Election Security Threat Assessment Reports. The IGP noted that the PMF which has remained at the forefront of tactical operations in the country is central to the operational plans of the Force towards a successful election in the two States.

The IGP, who observed that the elections are coming on the heels of the just concluded PMF Commanders’ course held at Ende Hills, Nasarawa State, charged the officers to take advantage of the new insights and experiences drawn from the training to positively impact their leadership roles in the elections and beyond.

Meanwhile, Adamu has assured the residents of Edo and Ondo States of the full preparedness of the Nigeria Police Force in conjunction with other security agencies and other critical stakeholders in the elections, to ensure the success of the forthcoming elections in the two States, the statement said.