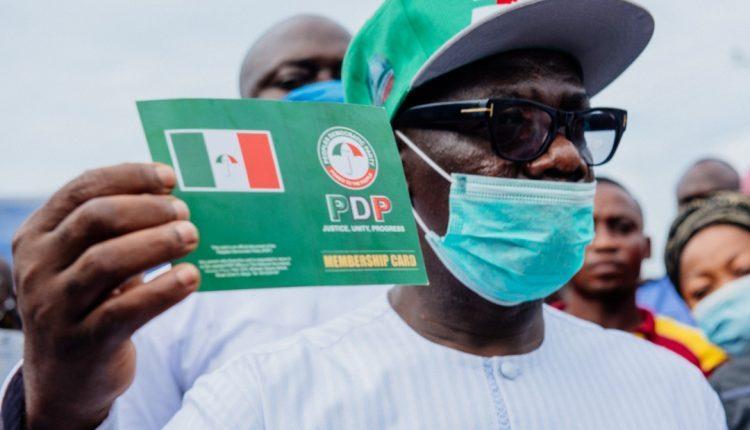 According to a statement made available to journalists in Akure by the Director of Media and Publicity of the party, Zadok Akintoye, however, advised the general public to disregard the statement.

Fadaka, on Tuesday, asked the Deputy Governor, Ajayi to follow the path of honour by resigning his position while featuring on Channels TV programme, Sunrise Daily.

But, PDP noted that Fadaka’s comment does not reflect the position of the party on the matter.

The statement read, “Our attention has been drawn to a statement made by Mr. Ayo Fadaka in his capacity as a former South West Publicity Secretary of the PDP via an interview granted to Channels Television on Sunrise Daily, wherein he opined that the Deputy Governor and member of the PDP, HE. Hon Agboola Ajayi should resign his position on moral grounds.

“The Ondo state PDP wishes to dissociate itself from this statement and inform the general public that the position expressed by Mr. Ayo Fadaka does not represent the opinion of the PDP in Ondo state. H.E. Barr. Agboola Ajayi remains the Deputy Governor of the state and is not under any compulsion (either moral or legal) to resign his position.

“The party therefore advice the general public to disregard this statement as it is does not reflect the position of the party on this matter.”