...APC leaders have been working to address issues of democracy - Lukman 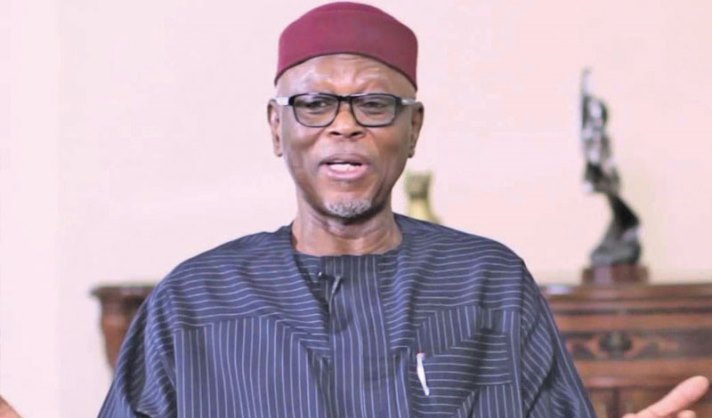 A former National Chairman of the All Progressives Congress (APC), John Odigie-Oyegun has called on President Muhammadu Buhari and the ruling party to urgently address the agitations for restructuring and secession for the survival of Nigeria as a nation.

Oyegun said the earlier the agitations and other burning issues are addressed would show how responsive APC as a party is to the feelings, desires and wants of the people.

The former Edo State Governor made the suggestion at the presentation of a book titled: ‘APC’s Litmus Tests’ authored by the Director-General of Progressive Governors Forum (PGF) Salihu Lukman, in Abuja at the weekend.

He said APC under his stewardship as National Chairman foresaw many of the issues which are now subjects of national discourse and constituted the Governor Nasir el-Rufai Commissioner on True Federalism which had passed through all organs of party.

According to Oyegun, report of the Committee was “not by any chance a perfect document but it reflects then the thinking and the desires of the Nigerian people.

“Everybody kept quiet after we brought that document out, publicized it, held press conferences over it and most Nigerians were very happy. But once again, we did not make the kind of progress that we could have made and it has become once more, the topical subject in the Nigerian polity.

“We are in charge today, a progressive government, a progressive regime and I think it is proper that we show to the nation that when the people want some degree of change we should be responsive to it, we should address it. Compromises have to be made, there’s no question about that. The report itself is not final. It still has to go through the litmus test of compromises”.

The retired Permanent Secretary said it was easier then to diffuse the kind of stresses that the nation is passing through today if report of the True Federalism Committee was implemented as it recommended State Police which would have nip in the bud all sorts of security outfits cropping up now.

In his remarks, PGF Chairman and Governor of Kebbi State, Abubakar Atiku-Bagudu said APC is not shy to acknowledge that Nigeria’s Constitution is not perfect, noting that under Oyegun, the el-Rufai Committee on True Federalism was created to look at those issues that should be addressed.

“APC believe is let us amend Constitution because society is dynamic not because somebody has been wronged and cheated. If that is the basis for correction, then the agitation will never stop but if it’s based on let us make it better, I believe the proposal which have been submitted to the National Assembly will help to produce amended Constitution that will meet most of the aspirations”, Bagadu stated.

On his part, author of the book, Lukman said APC leaders have been working to address the foundational issues of the country’s democracy and APC’s Litmus Tests was a contribution to support initiatives of our leaders and urged
all leaders and members of the party to engage challenges facing the party, government and the nation with the belief that Nigerians would support every patriotic and nationalistic initiative.

INEC: Okoye list measures the commission has applied to deal with voter apathy