...demands removal of Aregbesola as minister 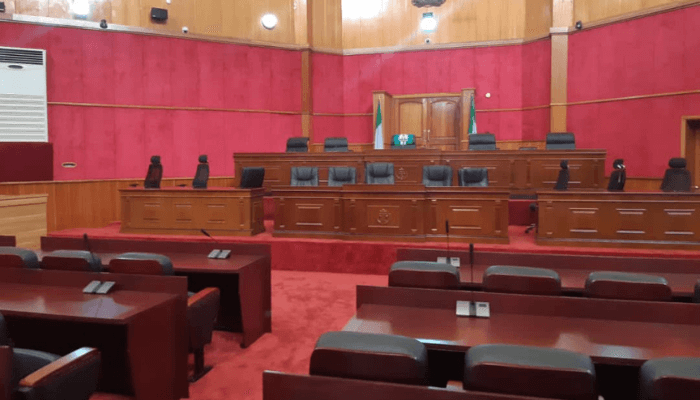 Ours is a broken system no one wants to fix, says outgoing NBA president.

We run a broken system within and without the legal profession and nonody wants to fix it ladies and gentlemen: everyone is waiting to be the next beneficiary of a broken system, outgoing President of the Nigeria Bar Association Olumide Akpata has said.

He spoke at the second plenary session of tge NBA conference titled “Disobedience to Court orders and the slide to a state of Anarchy” which was chaired by Senior Advocate of Nigeria Chief Femi Falana SAN.

In his contribution to the discuss, Mr Akpata said, “I rise now to simply tell us that we really must make up our mind on what exactly we want to do as legal practitioners; we are re-hatching stories that we have heard all over and I cannot begin to tell you how many I have witnessed in the last couple of years

“What I find and I am commenting on, is that “we don’t rise to meet standards, we pull standards to meet us wherever we are.

“We are in that Orwellian farm where different rules apply to different people, and there is a sense of entitlement.”

Referring to a particular matter in court Akpata said, “the NJC itself had authorised its counsel to go on appeal with regards to a judgement from the NIC that has already gone to the court of appeal.

“The NJC in all of its majesty said let us go to the Supreme Court for just what it is worth.

“I was looking and I was stunned, whereas, the court of appeal is meant to be the last bus stop.

“So, which counsel do we want to blame for going with six cases to the supreme court? he is just following the example that he has seen,” he said

Talking about the NBA dealing with the issues of appointment of court of appeal justices , Akpata said “we have made that a corner stone of our engagement with the NJC.

“We interviewed 20 court of appeal justice nominees in 120 minutes , so it was six minutes per nominee.

“I said it but I was lambasted , today the president of the court of appeal does not speak to me and I don’t speak to her either.

“I thought I was helping that court, that system, because, that court is at the receiving end of the process, but I was told that I am now the bad guy for saying that the court of appeal justices do not know what they are doing I NEVER SAID THAT.

“A nominee to the court of appeal does not know what “Lis pendes” is can we please ask him to stand down? that became a problem .

“Then, we sit here and they say NBA do something about appointment, what else can we do,” he queried

“We run a broken system within and without the legal profession and nonody wants to fix it ladies and gentlemen: everyone is waiting to be the next beneficiary of a broken system,” he said

Gboyega Famodun, chairman of All Progressives Congress (APC), in Osun State on Thursday said that the party has concluded plans to challenge the outcome of the July 16, 2022 governorship election at the Election Petitions Tribunal.

Addressing a press conference held at the party Secretariat in Osogbo, the APC chairman told members of the party not to be discouraged by what had happened that the party would reclaim its mandate through legal means.

Famodun, said legal counsels of the party and its candidate, Governor Gboyega Oyetola told them they have a very good case at the Tribunal.

He said: “We are going to the Tribunal and our lawyers have let us know that we have good cases at the Tribunal.

Speaking on the allegations of anti party activities leveled against the Minister of Interior, Rauf Aregbesola and his loyalists, Famodun said the party had set up a machinery to investigate them in their different wards.

He said, “Whether the party’s constitution allows punishment of any earring member. As it is, there is a room for discipline within the party constitution but it must be legally followed.

“We have set up a machinery to investigate the activities of these individuals in their different wards, we will get a report from the ward chairmen as to how they have been behaving in their wards in the past few years.

“It will be interesting to know that we are so magnanimous enough. that some of them had not been showing up with the party for the past three years.

“They threw caution into the wind as they believe that what they are doing is quite right. So we called for the ward chairmen to write a report on all of them and the constitution of the party will be used to deal with their different offences as it occurs to us.”

On their call for restructuring, Famodun said, “One would have thought that the appropriate place for Aregbesola and his group to canvas for the restructuring of any party is Senator Ademola Adeleke’s Ede country home whom they voted for with flaunted pride.

“If we may ask, at what point did it occur to Aregbesola and his rebellious followers that the political party that they had abandoned for about three years which they have been working against needs restructuring?

“If they all have conscience, it would not be out of tune for the said top members and their leaders to do an individualistic soul-searching and ask themselves if they are indeed worthy to be called the members of our party again by their obnoxious actions and inactions which partly contributed to the temporary loss of our party’s governorship election in Osun State.

Asked whether the party still had confidence in Aregbesola being a Minister representing us in Osun, the APC chairman threw the question back to the party members and unanimously responded no.