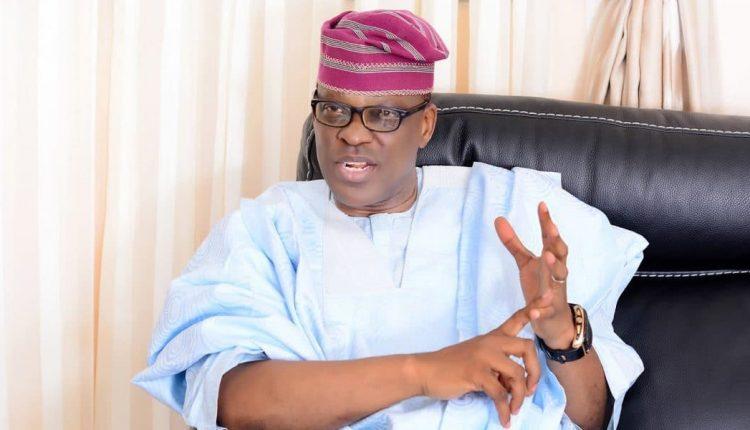 Ahead of the July 22 governorship primary of the People’s Democratic Party (PDP) in Ondo State, the leading aspirant in the party, Eyitayo Jegede is asking the party leadership to compensate loyalty and consistency of some members and chieftains of PDP in the state who didn’t defect to the ruling All Progressives Congress (APC) when things were politically bad.

Jegede, who was the main opposition from the PDP in the 2016 governorship election in Ondo State, was speaking on the heels of perceived manoeuvring and machinations of some party men who may want to place sycophancy above loyalty and consistency, asking the party leaders at both national and state levels, and co-contesters to allow the will of party members to be expressed freely during the forthcoming primaries.

While making the observation and admonition in Akure on Sunday through a statement made available to journalists by the former Commissioner for Environment in the state, Lebi Adepiti, Jedede maintained that efforts of members who stayed to rebuild the party that turned it into the “beautiful bride” which people are now running into from other parties must be compensated.

He said: “When we were toiling and building, they were enjoying in the greener pastures they ran to. Now that they are running back, they want to eat their cake and have it. Ask them, where is their sense of fairness and justice?

“Some people abandoned the party and left it in the lurch. People like me did not jump ship. We stayed back, rebuilt and reorganised the party.

“Thank goodness that our efforts paid off. Despite ‘Federal might’ and all their manipulations, we secured two senatorial seats and half of the House of Representatives seats in the 2019 general election. We even beat them hands down in the presidential election in the state

“The same people who deployed ‘Federal might’ against us then are now running to us. God is great! Those who thought the PDP would die in the state have been disappointed.

“We are waxing stronger and I admonish our members and leaders to allow the will of party members, who are rooting for me, to be freely expressed during the coming primaries.”

He noted that he had no ill-feelings against those joining the PDP from the ruling APC and other parties, but he called for fairness, equity and justice in the handling of issues in the party.

Jegede, who expressed the optimism that he would clinch the PDP ticket and eventually win the governorship election slated for October 10 by INEC, however, urged members of the party to shun politicians who returned to the party after abandoning it for five years saying “the more, the merrier. It is a game of numbers.”

Adelami assures of party cohesion ahead of Ondo election