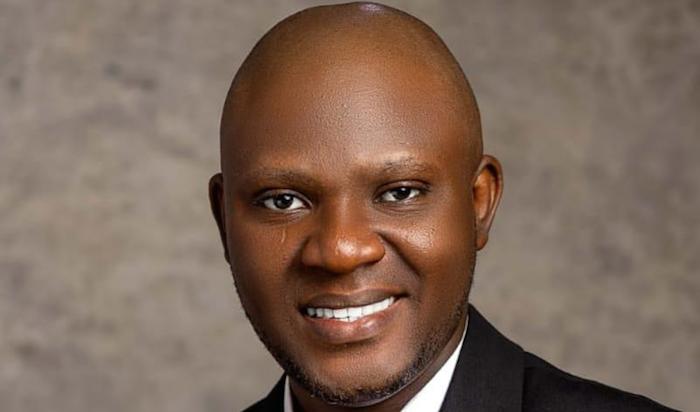 Adelaja Adeoye, a former national publicity secretary of the Action Democratic Party (ADP) recently re-joined the People’s Democratic Party (PDP). In this exclusive interview with INIOBONG IWOK, he speaks on the state of the nation, the crisis plaguing the PDP in the South West, among other issues. Excerpts:

You are close to Governor Seyi Makinde’s camp. What is the situation now between him and Ayodele Fayose?

Sincerely, from what I can see there is this conspiracy going on among some leaders. You know when there is no PDP governor in the South west they try to project themselves as leaders in the region; so, they can negotiate and collect whatever is due for the members. You know these people are into the business of politicking; they can say they are the leaders here and form a coalition to achieve their aim. That is why they are not expecting anybody to win the election so that they are not projected ahead of them. That is why you see the same set of people who are in the business of not winning elections but they are in the business of politicking. They organised themselves and began to do the kind of thing you are seeing now.

But if you see the people who are ready to win elections, move the region to the next level you would see a different conduct. These are just career politicians. So, that is what we are seeing playing out in the South West.

Governor Seyi Makinde is a technocrat who wants the region to move forward, he wants the party to recapture the South West that is why you are seeing him fighting. So, the regular politicians who don’t want this thing to take place are the ones doing this. But we would continue to support him, mobilise forward and progress-minded people so that he can achieve his aim.

This is evident in the comments you hear people make in interviews, in the social media and conversional media.

But a lot of people are of the view that the national leadership of the party is not doing enough to resolve the feud between the two leaders. Do you see it that way?

As you can hear, the governor through a statement a few days ago said there are few people in PDP who are working to destroy the party. I read a statement recently that the National Legal Adviser of the party is working with Minister Godswill Akpabio to destroy the party because he was nominated by him. So, his loyalty is still with Akpabio, he is planted to do their bidding. What we are saying is that people should play politics with the interest of Nigerians and South West people at heart. The South West passed a vote of confidence in Governor Makinde; he is an example of good governance in Nigeria, that is why we are saying that we are in total support of him and he is doing the right thing as governor in Oyo State and in the region.

What is your take on the spate of insecurity in the country?

The problem of insecurity in Nigeria is at an alarming proportion now, but the buck stops at the table of the President. Muhammadu Buhari is the president of Nigeria, and I know that he said then that as a former military person with experience he had the capacity and technical knowhow to tackle security. But you can see the state of things now since he assumed office; he has failed as far as security is concerned in this country.

Even before him, it was only Chibok girls, but under the Buhari administration we are seeing kidnapping everyday across the country. We are even seeing kidnapping even in his own state and people are protesting against him. He is the one that has the ultimate power when it comes to security in Nigeria, not even the governors. You would recall that Governor Makinde visited him briefly on the security situation in Oyo State to seek his support, till today Buhari has not done anything. If you go to Zamfara State the president has refused to act; people are protesting against him up and down.

Traditional rulers in his state of Katsina are being kidnapped, people are killed often; it is to tell you that President Buhari does not have what it takes to rule the country.

When he assumed office, he said leaders should do medical treatment here, but now the President is in the UK for treatment. That is why you are seeing protests against him so that he can come back. But every year, billions are allocated to Aso-Rock clinic. Does it mean that such money is not enough to train doctors who can treat VIP individuals? What is happening in Nigeria is telling you that the President is incompetent. He has refused to resign. He just wants to remain in office and have it on record that he ruled as military and civilian.

Herdsmen are killing people the President has not done anything about it and they are saying we should not talk. He gives orders and it is not obeyed by security agencies and nothing is done. Nigerians are unhappy that the President is not protecting them.

Secessionist agitations have increased in the last few weeks in Nigeria. What is your take?

When you are in your country and some people are seeing you as inferior, treating you anyhow. It is the right of the people of Yorubas and Igbos to say we don’t want to be part of Nigeria again. But for us such can be averted; what we are saying is that before we get to that stage we should consider restructuring the country. You remember that in 2014, former president of Nigeria Goodluck Jonathan convened a national conference to solve the problem of Nigeria; when Buhari came into office he should have implemented that report but he did not but jettisoned that report. That is why people think we are in a Fulani enclave and people think they don’t belong here. When people are not comfortable in a union they have a right to protest. They have a right to say they don’t want to be in that country. We are also seeing the Middle Belt people say they are tired of Nigeria and want to leave. Look at the killings, people say a particular group of people are perpetrating this thing, have they been investigated? It is better for us to organise ourselves as a unit; that is the reason for the agitations.

What is your take on agitations for power rotation to the South in 2023?

Even though there is unwritten agreement of zoning between the North and the South, the present arrangement has made zoning necessary. If you look at it from the time of Obasanjo in 1999, he ruled for eight years and we had Yar’Adua and Jonathan. Now Buhari came in 2015, despite his incompetence he rules till 2023, it is honourable that the North gives back power to the South. If you calculate the number of years that the North has been in power, does it still favour the South or the North? When we look at the indices, perhaps you would know and say there should be fairness and justice; then we want to say we know where it should go. Zoning was introduced by PDP, but we have to look at the competence, character and background of the person before choosing the next president of Nigeria. This factor is important, so that we can say this person would not be an ethnic president and so on. We want someone who can solve the youth unemployment crisis and so on.

Why did you defect from the ADP to the PDP?

But today, I am back as a chieftain and prominent member of PDP. We are saying that we want competent people to take over the country.

I mean people that would competently govern Lagos State and Nigeria as a whole. A lot of Nigerian leaders who ruled the country in the past were in their 30’s and 40’s. I am in my 40’s, so we want to join them and take over the mantle of leadership to serve the Nigerian people.