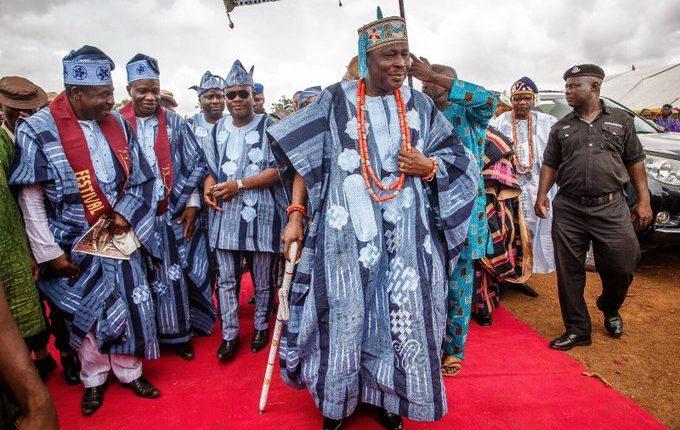 For gross Insubordination, flagrant disrespect to the stool and authority, the Aseyin of Iseyin, Abdulganiyu Adekunle Salau, Ajinese 1, has suspended the Basorun of Iseyin,  Raheem Adelodun.

The monarch also removed from office, Sulaimon Adewale Olanrewaju, who was the Akiisi of Iseyinland, for being disobedient and recalcitrant in his disrespectful attitude to the stool and collusion with the Basorun to illegally sell people’s land in the community.

In a letter written and signed by the royal father, dated 29th June 2020,  Adelodun was alleged to have, alongside the former Akiisi, engaged in acts that could bring disrepute to the authority of the monarch and his own family.

“This action is tantamount to treason and mutiny, apart from the above, you have remained recalcitrant in hurling insults and disrespectful words against the Aseyin in spite of several warnings, this you still repeated on the 26th of June 2020 in the presence of His Majesty’s subjects.

“This is against the custom and tradition of Iseyin and it is capable of bringing the office and personality of the Aseyin into disrepute, in view of the foregoing, you are hereby suspended forthwith indefinitely as the Basorun of Iseyin.

“Till the suspension lasts, you are not to parade yourself in any form as the Basorun of Iseyinland and you should relinquish all duties and privileges that accrue to the office of Basorun.”

It was gathered that a letter has also been forwarded to the Oyo State Ministry of Local Government and Chieftaincy Affairs to stop the salary of the duo.

The palace source hinted that we’re suspended in 2018 for the same behaviors but was forgiven by the Aseyin when notable elders in the community like the late politician, Salaudeen Adelere intervened.