Minister-nominees at a glance: Will they change the narrative?

This was contained in a letter read on the floor of the Senate.

In the letter, Buhari sought the Senate’s confirmation of the new ministers, saying it was in accordance with the provisions of Section 147 subsection 2 of the 1999 Constitution of the Federal Republic of Nigeria as amended.

Nigerians have also called on President Buhari to put round pegs in round holes and not just filling space for the sake of it.

A political analyst, Kingsley Odoh urged Buhari to inject some blood that could be meaningful and not just to pander to party politics.

“If I were Buhari, I would have used the opportunity of the new ministers to remedy certain things in government. Take it or leave it, this government has been a huge failure and Nigerians know it. But I doubt if the President is thinking about any of such. I was taken aback a few days ago when I read his interview with Bloomberg, where he claimed that Nigerians were better off today than they were in 2015. So, a president that has that mindset is not thinking about making any positive change in his style of leadership. It means that what we are going to see is same same; no change,’ Odoh said.

BusinessDay here brings to you the profiles of the seven minister-nominees. 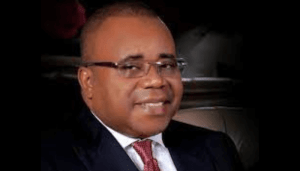 Umana is currently the Managing Director of the Oil and Gas Free Zone Authority (OGFZA). He served as Secretary to the State Government when Godswill Akpabio was governor of Akwa Ibom State. He resigned from the position in 2013 and joined the All Progressives Congress (APC) a year later. He was the party’s candidate in the 2015 Akwa Ibom governorship election and lost to Emmanuel Udom. He is replacing Akpabio in the federal cabinet. 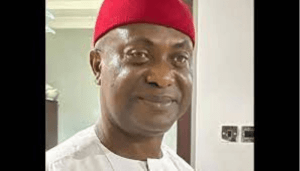 Ikoh served as Commissioner for Industry in the cabinet of Governor Okezie Ikpeazu of Abia State before defecting from the People’s Democratic Party (PDP) to the ruling All Progressives Congress (APC). He announced his intention to represent Abia Central Senatorial District on the platform of the APC, in the just concluded primaries, but he later opted out. Also, just before the APC’s elective national convention held recently, he was adopted by the Abia APC chapter, as its candidate for the national vice chairman South East position. Ikoh hails from Ahuwa Oboro in Ikwuano Local Government Area of Abia State. He was the founder of Harmony Foam Nigeria Limited. 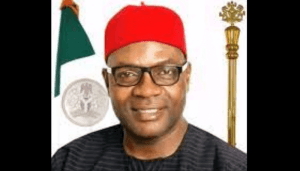 Opia is an ex-Speaker of the Imo State House of Assembly, and former representative of Ohaji/Egbema, Oguta, Oru West in the Federal House of Representatives. Opia represented Ohaji/Egbema constituency in the Imo House of Assembly from 2003 to 2011, and currently the Special Adviser/Coordinator to the Imo State Governor on Oil and Gas matters. He attended the Rivers State University of Science and Technology (RSUST) in Port Harcourt. He holds a Master’s degree in Corporate Governance from Leeds Metropolitan University, United Kingdom. Opia is seeking to replace Emeka Nwajiuba, a former minister of State for Education. 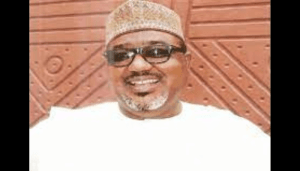 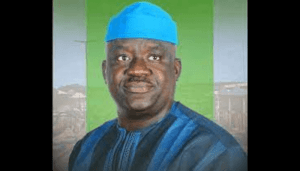 Adegoroye is an Ondo native who is from the Akure Local Government Area. Mayokun Lawanson -Alade defeated him in the APC primary for the Akure North/South federal constituency by-election. Tayo Alasoadura, who resigned from the ministerial list to run for the Ondo North senatorial seat, would be replaced on the list by Adegoroye.

Udi was the chairman of Abua Odua Local Government Area (LGA) of Rivers State. He is a politician from Abolga. They call him the empowerment machine, a large farmer, and philanthropist, among other things, by his co-workers.During his time in office, he was recognised as the finest local government chairman.

Joseph Nkama served as the governor of Ebonyi’s liaison office’s former special adviser while he was in office. In 2019, he was appointed Commissioner for Investment. He held the position until the governor disbanded majority of his cabinet in 2021. Nkama, is also the former director of information at the University of Calabar in 2000.