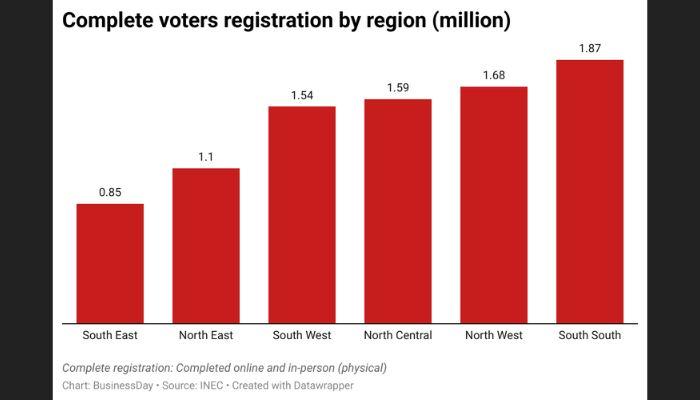 In just three weeks, about 1.2 million youths have been fully registered. The youth registrants make up more than half of the 2 million people who have completed their voter registration during this period.

In a tweet this morning, Anap Foundation, initiator of the #GoNigeria initiative, expressed gratitude to INEC and other key players. “The initiative began its youth registration drive hoping to get 15 million youths to register and obtain their Permanent Voter’s Cards (PVCs), and as of June 27, INEC has registered 14.1 million youths,” Anap said. 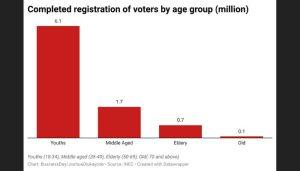 There are high hopes that the number of youth voters will increase. Recently, at the #YouthVoteCount held at the Old Parade Ground, Abuja on June 25, Mahmood Yakubu, INEC chairman reiterated that the Continuous Voter Registration (CVR) process will be extended. The process was due to end by June 30. 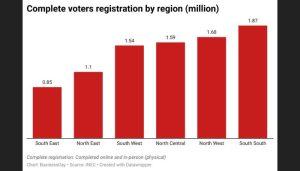 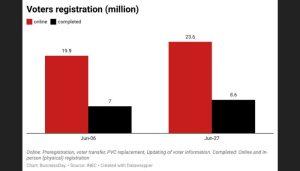 According to data published by INEC, as of June 27, a total of 8.6 million Nigerians had been completely registered. This includes those who have completed online and in-person registration.

The total amount of Nigerians who have preregistered stood at 10.5 million. Over 23.6 million Nigerians have registered online as of June 27, an increase of about 4 million people when compared to 20 million registrants on June 6. These online registrants include those who had applied online for voter transfer, replacement of PVCs, and update of voter’s information.

Atiku says he is in talk with Kwankwaso, Obi ahead election