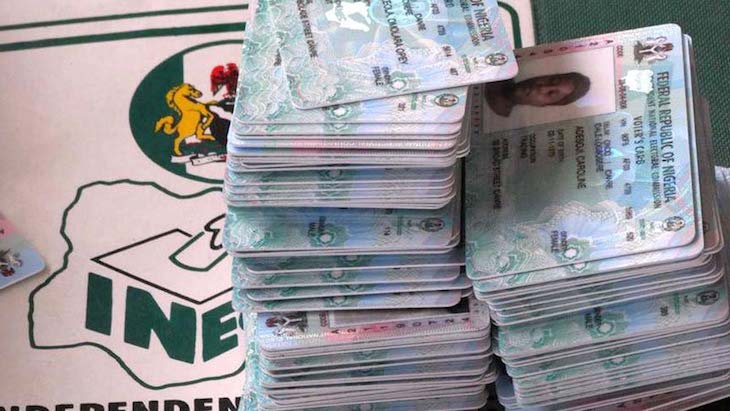 Last Saturday, September 19, voters in Edo State exercised their franchise by electing the governor of the state for another four years.

It is no more news that incumbent Governor, Godwin Obaseki who was the candidate of the People’s Democratic Party (PDP), emerged victorious at the poll scoring 307,955 votes, to defeat his closest rival and candidate of the All Progressives Congress (APC), Osagie Ize-Iyamu who polled 223,619 votes.

The election has since been described in some quarters as the best in the last ten years. Despite fears that it could be marred by violence as a result of the bitterness and tension which characterised the electioneering campaign between the two leading parties, the exercise was ended peacefully.

The political tension had aggravated in the state in recent times as both men switched political platforms just before the election after their previous contest four years ago, which also ended in Obaseki’s favour.

The manner that the gubernatorial election was conducted by the Independent National Electoral Commission (INEC) has been applauded by several observers, who described it as a plus for the nation’s democracy.

Meanwhile, a major source of concern was the low voter turnout which characterised the gubernatorial election.

According to INEC, the turnout was at a historical low at 25 percent, which may have been caused by fears of impending violence and rift.

The figure, however, falls far below the 32 percent turnout recorded in the 2016 governorship election in the state to 25.2 percent this time around.

But one area stakeholders say could have contributed to the poor voter turnout and remained a deep source of concern is the high number of uncollected Permanent Voters Cards (PVCs) in Edo State which INEC said was 483,796.

Recall that the commission had also said only 1,726,738 were allowed to participate in the governorship election out of 2,210,534 registered voters in the state.

A breakdown of uncollected PVCs in the state shows that in Ikpoba-Okha Local Government Area, only 214,822 voters collected their PVCs out of 315,410 registered voters in the area.

According to reports, Oredo has the highest figure of PVCs collected in the state.

Akoko Edo had the lowest number of uncollected PVCs as only 3,911 PVCs were not collected out of 119,254 voters in the area.

Though the trend is not new in Nigeria, there was also large number of eligible voters in recent off-season gubernatorial elections in Kogi and Bayelsa States who could not access their PVCs.

However, observers say that the trend has become worrisome; a situation where the significant chunks of the eligible voters are disenfranchised because they could not access their PVCs is a source for concern for Nigeria.

Political watchers say the commission must immediately devise strategies to check the bottlenecks, while also keeping to its promise to make collection of PVCs and on-going exercise across its offices nationwide.

Former senatorial aspirant, Babatunde Olanrewaju attributed part of the problem to the delay in issuing the card by INEC after registering an eligible voter.

“For me, I have contested elections several times. I know these things, INEC should do more. This is an issue that has been there over the years.

“One of the reasons is that it takes so much time for you to collect your PVC after registering. Look at the chaos that ensued in some of their offices in Lagos before the 2019 election.

“Some of these people would have moved out, relocated to another area or moved out of the state. Don’t also forget that a lot of people registered more than once, due to desperate plans of these politicians; so, the cards would continue to remain in INEC offices.

“And don’t forget in this country people don’t have much fate in the electoral system. A lot of people are even collecting it because they use it for other purposes,” Olanrewaju said.

However, speaking in an interview with BDSUNDAY, Festus Okoye, INEC National Commissioner and chairman, information and voter education committee, said the commission had put in place an effective mechanism for the distribution of the PVCs but was hampered by the Covid-19 pandemic.

According to him, “The commission and the world did not anticipate that a global pandemic will shut down economies and lead to the postponement of elections in over 70 countries. Presently, only workers on essential service and those on levels 12 and above have resumed.

“Most of the commission’s offices in the 774 Local Governments are still operating on a skeletal basis. You will also recall that governments imposed curfew, lockdown and limited gatherings. Based on these and the health protocols by the Presidential Task Force on Covid-19 it was near impossible to organise new registrations.

“You will also recall that the Commission carried out PVC distribution at the polling units and Registration Areas before the 2019 election.

The National Commissioner further said that the commission would soon begin the distribution of the PVCs which were deposited at the Central Bank of Nigeria (CBN).

“We considered the public health challenges of this period and decided to embargo distribution of PVCs. All the uncollected PVCs are deposited with the Central Bank in the various states. Soon, the Commission will start the revalidation of all PVCs,” he added.

In the run up to the 2019 general election INEC announced its intension at partnering the Nigerian Communication Commission (NCC) to send messages to owners of the uncollected PVC, a measure the commission had said was imperative in order to remind Nigerians of their civic duty so as to ensure a successful electoral process.

Though the measure had little impact, findings revealed that part of the problems were inadequate personnel at some INEC offices to distribute the cards and faulty machines used in the registration process.

Observers have, however, urged the commission to perhaps, revisit the partnership with NCC to help in creating awareness toward the collection of the PVCs by Nigerians ahead of the 2023 election.

“Though I think there would still be some uncollected cards no matter how you do it, because some people may have registered twice, but when you have 483,796 uncollected PVCs in a state it is bad. All this shows how deficient the INEC mechanism and distribution procedure is.

“We have been on this for some time, they have to think outside the box and make the collection of the card accessible at their offices, create more centres,” Wale Ogunade, national president of Voters Awareness Initiative, said.

Despite the explanation by the INEC why the rate of voter apathy has increased in Nigeria, findings by our correspondent show it is a reflection of loss of confidence in the entire system and political leadership of the country.

Why a good number of those who spoke to BDSUNDAY complained that they had no reason to go to the polling booth to vote knowing it would amount to a waste of time at the end of the day, with the kind of leadership that the system enthrones.

“I was sure that President Buhari and his party APC were going to change Nigeria to better; but with what I saw between 2015 and 2018, I said to myself, never again,” the principal tutor said.

According to him, “If I had died and somehow,