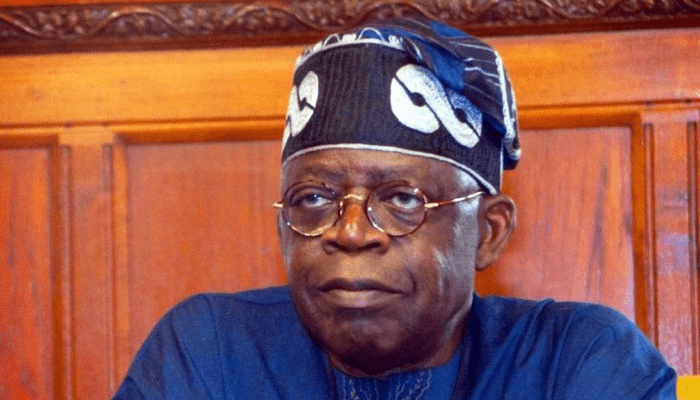 A Non-Governmental Organisation (NGO), Concerned Citizens of Edo State, has berated the former governor of Lagos State and national leader of the All Progressives Congress (APC), Bola Ahmed Tinubu, for attacks on Governor Godwin Obaseki over the crisis at the Edo State House of Assembly.

Secretary of the group, Orobosa Igbinoba, said it was pertinent to stress that Tinubu’s empire would never extend to Edo State because the manifestations of the stranglehold of the former governor on Lagos do not conform to the values of independence of thought, economic liberalisation and people-oriented development that have now taken shape in Edo with Governor Obaseki’s leadership.

“We will want to reiterate that Edo is not Lagos. We have seen a trail of attacks by different actors who have been acting the script of the Lagos godfather from different spheres, from the Conference of Speakers to members of the National Assembly. We are very certain that all of these are manifestations of how the Edo is not Lagos slogan is tormenting Tinubu and his camp,” Igbinoba said.

“We want to put it to them that we are people of independent thought and would not be subservient to anyone in Lagos. It must be noted that when the white men came to this part, we held our heads high, that would not change now. We would resist any attempt to tie us to the apron strings of the Lagos godfather,” he said.

Igbinoba noted that the political struggle between the governor and the agents of Tinubu has transcended politics. It is an economic fight, in which the strides being made in Edo are threatening the old arrangements that had held the people down and subjugated for years, he said.

“It is not surprising that these attacks are coming at a time that we have completed our 55MW Ossiomo Independent Power Plant (IPP), and are on the verge of completing the 6000bpd Edo Modular Refinery. The seaport is also in the works.

“These things would threaten the dominance of Lagos in Nigeria’s economy if you are very circumspect in your analysis. So, they are trying to truncate the progress being made in Edo by trying to impose someone who will do their bidding from Lagos. We will not agree to such,” Igbinoba said.