Group calls for arrest, prosecution of persons behind EDHA crisis 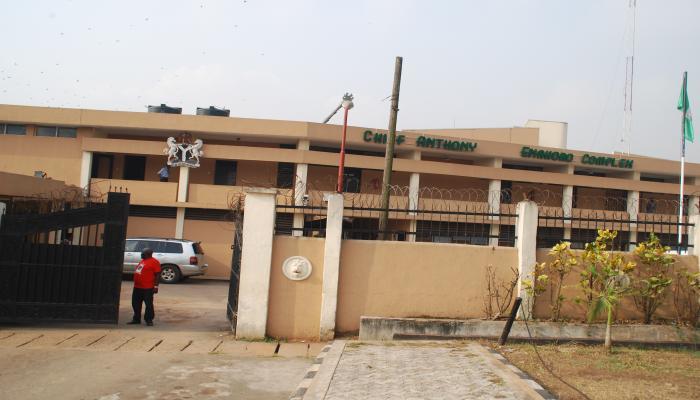 A group under the aegis of Coalition of Community Based Organization (CBO), on Wednesday called for the arrest and prosecution of those behind the failed attempt to forcefully take over the Edo State House of Assembly.

The group made the call at a press briefing in Benin City.

The spokesperson of the group, Andrew Adaze Emwanta who condemned the failed attempt said the action was a treasonable offence which is a violation of section 1 (2) of the 1999 Nigerian Constitution as amended and the treason clause of the criminal code law of Edo State.

“This morning, there was a failed attempt by the 12 yet to be inaugurated members of the House, whose seats have been declared vacant to be clandestinely sworn into office by the impeached deputy speaker of the house, Hon. Yekini Idiaye.

“This action is not only unlawful, but an act of treason, which is contrary to the provision of section 1 (2) of the 1999 Nigerian Constitution, as a amended and the treason clause of the criminal code law of Edo State”,he said.

He however, called on President Muhammadu Buhari to swiftly call the leadership of the All Progressives Congress (APC) in the state to order on their alleged plan to make the state ungovernable.

He opined that the alleged civil conspiracy to forcefully take over an arm of the Edo State Government constitutes a threat to the rule of law, constitutionalism and democracy in Nigeria.

The group also called on the Nigeria Police and other security agencies not to allow themselves to be used by anti-democratic forces to create anarchy in Edo state.

They noted that any attempt to subvert existing democratic institutions in Edo State will be resisted by all peace- loving people of the state.