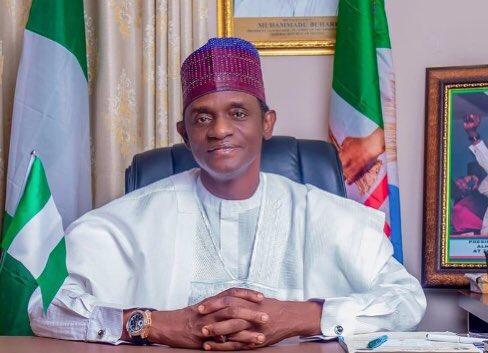 Governor Mai Mala Buni of Yobe State has taken over the National Secretariat of the All Progressives Congress (APC) following the dissolution of the Adams Oshiomhole-led National Working Committee (NWC) by the party’s National Executive Committee (NEC) during a virtual meeting.

Buni Arrived APC National Secretariat in company of the factional National Chairman, Victor Giadom and some APC Governors, including Kayode Fayemi of Ekiti State, Yahaya Bello of Kogi, Simon Lalong of Plateau, among others.

The former National Secretary of the party told journalists briefly that NEC has mandated them to carry everybody along and ensure all legal issues of the party are amicably resolved.