... As party considers moving seat out of Edo 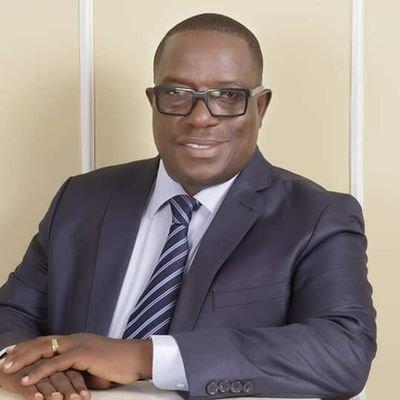 There are strong indications that the immediate past factional National Chairman of the All Progressives Congress (APC), Victor Giadom, former Cross River State Governor, Clement Ebiri and David Lyon, the sacked Bayelsa State Governor-elect would contest for the position of APC National Chairman at the party’s National Convention holding before the end of this year.

Recall that the National Working Committee of APC led by Oshiomhole was recently dissolved by the National Executive Committee (NEC), following protracted leadership crisis precipitated by the Court of Appeal ruling which upheld his suspension by APC Executives in Ward 10 of Etsako West Local Government Area of Edo State.

The Buni-led Caretaker/Extra-Ordinary National Convention Planning Committee has already commenced consultations with stakeholders across the six geopolitical zones with first visit to South-West where it met with the former Interim National Chairman, Bisi Akande and APC National Leader, Bola Tinubu.

After the consultations and reconciliation visits and meetings, the Committee would begin the process of National Convention after Edo and Ondo Governorship elections, holding September and October, respectively.

Already, political permutations have began on who would emerge the next APC Chairman within the South-South geopolitical zone, except Edo where the retention of the seat is dependent on outcome of the governorship election ahead.

An insider in the APC scheme of things dismissed insinuations that the party would zone the seat to another geopolitical zone, stressing that someone from South- South must be elected to complete the two years left for Oshiomhole.

The APC Chieftain who would not want to be mentioned told BusinessDay that: “It will still be South South. Any convention they want to do now, they will use it to complete the two years left for Oshiomhole.

He however, emphasized that: “They are not even zoning it to Edo. They are even struggling now to win Edo. Can they win Edo? Do you think it is easy to win Obaseki there.”

On the possibility of Oshiomhole contesting again, the party’s kingpin said: “Oshiomhole will contest for what? Somebody they sacked? Even if he wants to contest nobody will give him form. They have blacklisted him”.

Meanwhile, names of notable APC chieftains from the remaining South-South States, Bayelsa, Cross River, Delta and Rivers are permeating discourse on who becomes the next party’s National Chairman. They include: Giadom, Ebiri, Lyon, Ogboru and Ekere.

GIADOM
Giadom is from Rivers State and the immediate past APC factional National Chairman who coordinated the NEC that led to the dissolution of the Oshiomhole-led NWC which he was originally a member, serving as Deputy National Secretary.
Giadom is considered fit for the office of National Chairman based on his demonstrable courage that blocked Oshiomhole loyalists in the NWC from stage managing his return despite the hue and cry against his leadership. There are permutations that he would rewarded with the National Chairman slot for his bravery that saved the party.

EBIRI
Ebiri, a former Governor of Cross Rivers State is said to be another potential APC National Chairman. The APC chieftain who also aspired for the office at the 2018 National Convention is favoured by those who want a level headed National Chairman that would maintain stability and has the administrative acumen to run a party. According to pundits, Ebiri was the desired candidate by most APC Governors and other leaders in 2018 until President Muhammadu Buhari threw his weight behind Oshiomhole.

LYON
Lyon was elected Governor of Bayelsa State under the platform of the APC but his election was upturned by Supreme Court on the eve of his inauguration over inconsistencies in the credentials of his running mate. For breaking the jinx of the Peoples Democratic Party (PDP) by winning at least at ballot, many believed that Lyon is a material APC National Chairman. Discussions are said to be ongoing by party stalwarts from the State and the entire zone to try a relatively non regular name.

OGBORU
Ogboru, a serial governorship aspirant was also the APC governorship candidate in the 2019 general election for Delta State. Popularly called by his first name, ‘Great’, feelers are that Ogboru is considering to take shot at the APC National Chairmanship. Many party supporters see him as someone with the vibrancy such as that of Oshiomhole who can adequately counter the opposition.

EKERE
Ekere was the Managing Director of the Niger Delta Development Commission (NDCC) and the APC Governorship candidate for Akwa Ibom in the 2019 general elections. Ekere according to credible party sources is been considered by party leaders for the position of National Chairman based on perceived his loyalty. One APC chieftain said Ekere will be just like the PDP National Chairman, Uche Secondus who is not always fighting with party leaders and members.