Fasanmi bows out from ‘progressive politics’ 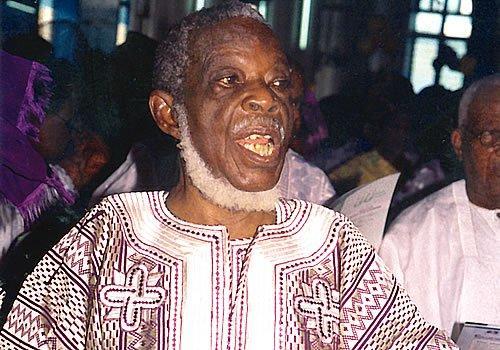 Last Wednesday Nigeria lost one of her illustrious sons, Ayo Fasanmi, who until his death was a factional leader of the Yoruba socio-cultural group, Egbe Afenifere.

The nonagenarian died peacefully Osogbo at the age of 94.

Fasanmi, a Chieftain of the ruling All Progressives Congress (APC) was the National President of the Pharmaceutical Society of Nigeria in 1977, elected into the Nigeria’s Senate in 1979, and became a member of the House of Representatives in 1983.

He also served with the National Constitutional Conference Commission in 1994, as a member.

However, Fasanmi would be remembered for several reasons and one of them was his controversial support for the re-election bid of the incumbent President Muhammadu Buhari in 2019 against the wishes of other Afenifere leaders who had backed the candidacy of Atiku Abubakar.

Fasanmi’s decision, however, pitted him against some of his brothers in Afenifere, and factionalised the group.

Despite criticism in some quarters, he had insisted on supporting Buhari and mobilised leaders of the group to support his second term bid, while warning some Yoruba leaders who he said were in the habit of deriding and ridiculing the policies of Buhari to desist, saying the Southwest has benefited from the APC-led government and that such tendencies were unexpected from the zone.

However, this was against the stand of the Reuben Fasoranti-led Afenifere faction who had earlier at a meeting in Lagos State declared support for the candidature of Atiku over his promise to restructure the country and adopt true federalism.

Speaking on the life and time of Fasanmi in an interview with BDSUNDAY, his close political associates and friend, Wale Oshun, leader of Afenifere Renewal Group (ARG), said that Fasanmi was among the few leaders who worked closely with Awolowo, stressing that his immediate priority was good governance by successive leaders who ruled the country.

According to him, “He was one of our leaders in Yoruba land, he was one of the few titans who worked closely with Awolowo and he stood for good governance all his life.

“He was quiet but he was a determined fighter for good governance for justice and equity. So, it is a great loss for the Nigerian community, the Yoruba community and for the progressive politics in this country.”

“We would remember him because he was one of our leaders in the true sense of progressive politics. He is not the type you would say is leading the branch of Afenifere, when you talk about progressives politics in Nigeria people like Fasanmi, Fasoranti, Adebanjo they worked with Awolowo and they have the singular honour of living into their 90s for a good course.

In a condolence message to his family, President Buhari joined Afenifere to mourn the passing of Fasanmi, describing his death as a big loss to the nation.

The President in a statement by his special adviser media, Femi Adesina condoled with people and government of Osun and Ekiti states, family members, friends and associates of the elder statesman and lawmaker, saying that he distinguished himself politically by always standing for the truth, especially on issues related to the uplifting of the downtrodden.

Buhari affirmed that Fasanmi’s wise counsels borne out of humility, deep reflection, diligent studies and experience will be sorely missed by governments at different levels, as he regularly and willingly listened to leaders, and always had good advice on going forward.