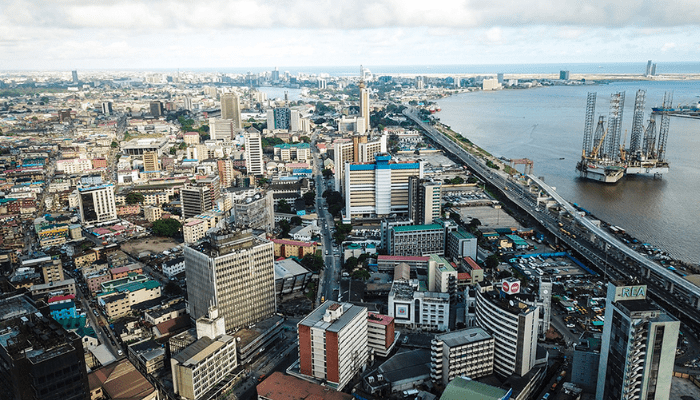 Nigerians have demanded better electoral democracy for at least as long as the country has been independent. These agitations recently received another boost. In February 2022, Nigeria’s president Muhammadu Buhari signed the Electoral Act 2022 (“the Act”) into law, ushering in hopes of a new era of electoral reform. During his address to the 77th United Nations General Assembly, the president alluded to the coming invigoration of the electoral process.

The president understands, as do most Nigerians, the cause-and-effect relationship between electoral effectiveness and confidence in democratic institutions. This confidence can either permeate the business environment; stabilizing the inflow of foreign direct investment, or its lack can scare away potential investment.

Past experience has shown Nigeria to be a genuine, if imperfect, democracy. Buhari himself is a beneficiary of Nigerians’ political resolve in the face of considerable infrastructural challenges. The timing of the Act’s reforms, this close to the country’s next general elections, present a rare opportunity to revamp trust in the nation’s socio-economic institutions. We will now consider some of the Act’s most important innovations.

The Actcreates a Trust Fund for the Independent National Electoral Commission (“the Commission”), ensuring that it receives its financial due directly from the Federal Government. Furthermore, all funds generated for the conduct of a general election must be released not later than a year before the general elections. The Commission may then disburse according to its internal rules without any external interference. Previously, the presence of other intermediaries in this process only added to bureaucratic inefficiencies and increased the likelihood of interference with the Commission’s all-important duty of impartiality.

Reforms that limit or regulate election spending generally bode well for electoral fairness. With millions of Nigerians living in diaspora, the Act in Section 85 recognizes and attempts to mitigate any undue influence of this powerful economic group on the electoral system. It is an offence for a political party to retain any funds or assets obtained from outside the country, or to hold any funds outside the country. The Commission would do well to apply a similar lens to campaign funds raised within Nigeria. Candidates for president may spend up to NGN 5 billion on their campaigns. Oversight on this considerable domestic fundraising stands to be strengthened.

The Act also ensures political neutrality of the Commission’s personnel by making it a criminal offence for party members to attempt to gain appointment to the Commission by misrepresentation.

Election petitions and other thorny issues

Business thrives in an atmosphere of relative political stability. Unexpected policy changes can have serious commercial repercussions. The old electoral regime, with its bitterly fought election petitions and high-stakes court decisions, did little to build faith of the business community in Nigeria’s policy stability. The Act does away with some of the more onerous requirements for prosecuting an election petition and allows petitions to be disposed of more expeditiously. For example, a petitioner may now prove non-compliance at a polling unit by tendering originals or certified true copies of the result sheets or other documents – rather than calling a witness from each polling unit.

The Act also addresses the politically fraught situation that could arise on the death of a candidate after elections commenced, but before the declaration of the contested result. This legislative gap nearly led to a national constitutional crisis in the 2015 Kogi gubernatorial election. The Act has clarified that if the election is for a legislative office, the political party shall be allowed to nominate another candidate and the election will start afresh. However, if the election is for the office of the president, governor, or Area Council Chairman in the Federal Capital Territory, the vice president, deputy gubernatorial candidate, or vice-chairman shall continue the election and appoint a new running mate.

Prior to the Act, only the courts could amend an election result once declared. Difficulties arose when returning officers were forced to declare false results under duress. Section 65 of the Act now vests the Commission with powers of review within 7 days. Clearly, such power must be exercised with circumspection, as it is also prone to abuse. For now, requisite safeguards seem to be lacking.

The Act tightens the net on “overvoting”.Overvoting previously occurred when the number of votes exceeded the number of registered voters in a polling unit. Politicians were known to take advantage of the vacuum created by deceased and/or relocated registered voters to engage in double voting. The Act creates a new standard where proof of voter accreditation, and not mere registration, is required to render a vote eligible to be counted.

Section 47(1) renders manual accreditation obsolete and makes the use of smart card readers for accreditation, mandatory. Now, where a card reader deployed to a unit fails, the election will be cancelled and rescheduled within 24 hours.

Electronic voting and transmission of results was previously prohibited. However, the Act now gives the Commission discretion to determine the manner of voting, and transmission of the result of an election. Introducing electronic transmission would certainly curb the incidence of returning officers being attacked by thugs while manually moving result sheets from the polling units to the various collation centers. This nonetheless raises the question of electronic systems integrity.

The Act now prohibits political office holders from contesting or voting in Parties’ primaries, convention, and congress. This politically unpopular provision has already been subjected to judicial scrutiny; in Appeal Number CA/OW/87/2022. For now, the provision survives unscathed – though on procedural grounds.

Other notable innovations provide for: early conduct of primary elections; support to visually impaired voters; and the application of Federal Character rules.

The Act merely supplies a foundation for improving a nation’s electoral process. The hearts and minds of those who apply and are subject to its provisions will determine whether this marks a milestone of electoral reform that can sustain the long and difficult economic recovery that may yet lie ahead.

.Odia is a Senior Associate, Perchstone&Graeys