El-Rufai is right, presidency must move to the East – APC S’East Integrity Group 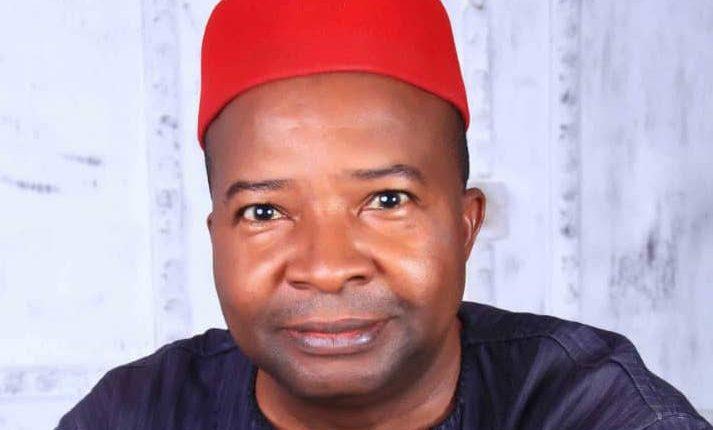 A group in the All Progressives Congress (APC) says it has totally agreed with Gov Nasir El-Rufai of Kaduna State that the presidency must this time move to the South East if national harmony and equity still had any meaning in Nigeria. This is as the coordinator has urged the leaders of the party in some states of the east to see the dangers of wining and dining with PDP governors in the region.

The national coordinator of the South-East APC Integrity Group (SEAPCIG), Chinedu-Jideo Ogbuagu (PhD), who is also the president of the Marine Club of Nigeria (MCN), this would be a natural thing after President Muhammadu Buhari (a Northern Nigerian) has completed his second and final four-year presidential term.

Ogbuagu from Enugu State is one of the early holders of a Distinction (HND, 1981) in Shipping and Masters in Transport Management (1982); International Shipping (1983), and Shipping & Trade (1986), before going ahead to obtain a Doctorate degree in Maritime Policy (1988). He wrote for globally rated but specialized publications such as Lloyd’s List, Shipping World, and Shipbuilder in the UK, but hit career heights as Consultant to UNCTAD where he advised 77 3rd world countries and developed Cardifff Free Port, and developed the NMA that is now NIMASA. Ogbuagu as the president of Marine Club of Nigeria is pursuing the establishment of a maritime hub in Nigeria to rule West Africa. He is also consultant to Martime Academy, Oron.

The international expert believed to be the brain behind the blueprint that established Dubai development concept which was obtained from the UNCTAD has submitted numerous propositions on how to turn Nigeria into a marine hub and create an economy outside oil.

The expert said: “Governor El-Rufai, being a reasonable and morally upright man, knows that rotation of presidential power between South and North has become an established convention since 1999, and that after President Buhari has served out the North’s turn from 2015 to 2023, it must be the turn of the South to produce president from 29th May 2023.

He went on: “On our part as a strategic, advocacy and pressure group within APC, ‘South-East APC Integrity Group’ has – since immediately following 2019 general elections – been strategising and pushing for sanitisation, popularity and rapid growth of APC in the South-East.

“In good time before 2023, ‘South-East APC Integrity Group’ wants South-East to have more APC card-carrying members than any other geopolitical zone in Nigeria. And with the massive support of the other five geopolitical zones, a South-Easterner will become president of Nigeria in 2023, thereby ensuring justice, peace and continued oneness of Nigeria.

“With a South-Easterner as president of Nigeria from 29th May 2023, we also foresee outstanding governance of Nigeria and prosperity for all Nigerians.”

He debunked the argument of groups in the APC that the South-East can only expect presidential slot in the PDP, arguing that the rotational agreement was not just in one political party but a national understanding to restore harmony in Nigeria.

Meanwhile, Ogbuagu has released what looks like an explosive letter of appeal to chairman of South-East APC, a chief, Emma Eneukwu, on the dangers of APC leaders continually hobnobbing with PDP governors in the region, saying it has made the APC not to win any seat in the region in many years.

Ogbuagu said his fights were always without malice: “You and a few other leaders of Enugu State APC (Osita Okechukwu, Geoffrey Onyeama, Ken Nnamani, Ben Nwoye, Chris Ibe, etc) erred since 2015 by your uncalled for romance with Enugu State PDP that you were meant to oppose with every ounce of energy in you.

“But since 2015, with APC in control of the centre and appointing ministers and other federal government officials, what reasons or excuses remained for you and other leaders of Enugu State APC to romance with the Lion Building?

“The most perplexing and worrisome aspect of it all is that top APC and APC-controlled Federal Government officials appear to think that Enugu State Government largesse is sweeter than your APC and FG entitlements. But in seeking accepting patronage of any kind from the Lion Building presently occupied by Enugu State PDP, you leaders of Enugu State APC have handed Enugu State APC to the ruling Enugu State PDP, to treat us with utter contempt and disdain.

What other evidence does anyone need to show that Enugu State PDP has no regard for Enugu State APC leaders in bed with it?

“That has been my grouse since 2015. No one is saying that you people should pick street fights with PDP in the streets of Enugu State, but crawling into bed with PDP-controlled Enugu State Government is not an acceptable expression of civility in Enugu State politics.

“No one is saying that Enugu State APC leaders and members should die of starvation, but none of you our leaders – with your fleet of exotic cars and big residences – is poor. Even if you were not as rich you would want to be, sacrifices are expected of political leaders.

“Besides, it is your duty to approach APC federal and state governments (not PDP, APGA or any other party government) for your empowerment and the empowerment of Enugu State APC members who rightly look up to you. You top party and government officials of Enugu State APC cannot be eating at a bigger king’s table and be scrounging for crumbs from the table of a lesser king.

“You, the Honourable Minister and other top APC and APC-controlled Federal Government officials from Enugu State should carry yourselves with dignity as leaders of the ruling party at the centre, task yourselves and create Enugu State APC structures capable of winning elections in Enugu State and controlling the Lion Building from May 29, 2023.

“May I finally remind you that a political party exists only to win elections and form or participate in forming government. Therefore, everything we do in Enugu State/South-East APC must be geared towards winning elections – from councillorship to presidency. All other things matter less or not at all. I remain your brother and fellow party man of 20 years’ standing.”