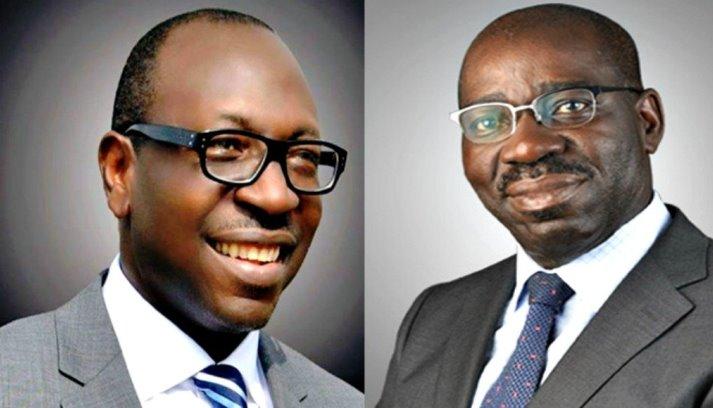 With few weeks to the gubernatorial elections in Edo and Ondo States, stakeholders have expressed worry over the political tension in both states which has aggravated in recent days. They have subsequently urged the politicians and their political parties to tread cautiously in order not to plunge the states into anarchy.

Commentators who spoke with BDSUNDAY advised politicians and their political parties, particularly those from other states going to Edo for campaign, not to destroy the state with their intemperate utterances.

“Already the state has been set on fire. Remember when Governor Abdullahi Ganduje of Kano State said they would put Governor Nyesom Wike of Rivers in isolation centre until election was over; Wike replied that he was not like the Kano governor having a moral weight of allegation of stuffing bribe money (dollar) in his flowing gown in front of camera,” Francis Nworie, an entrepreneur, said.

“If you observe very well, presentation of manifestos is no longer the in-thing, but the campaign is about use of base language and innuendos against opponents. These have caused tempers to rise, heightening the possibility of violence-riddled exercise on September 19 in Edo. For me, I think that Edo people should be spared all of these,” Nworie further said.

“I had thought that the INEC had a mechanism for checking politicians, parties and candidates whose actions constitute a huge threat to the peaceful conduct of elections,” Alex Peters, a civil servant, said.

According to Peters, “It appears to me that either some people are compromised that they no longer carry out their functions or they are deficient of professionalism in their work. We saw what happened in Kogi last year; it did not just break out spontaneously, it had been rehearsed and practised all through the campaign period. But nobody cared to nip it in the board. Something tells me that despite all the hues and cries now attending to the too many signals pointing to a violent exercise, the relevant authorities are like the Roman Emperor Nero, fiddling while Rome was on fire.”

Recall that the Independent National Electoral Commission (INEC) had fixed the Edo gubernatorial election for September 19, while the Ondo election is slated for October 10.

In Edo State, incumbent Governor, Godwin Obaseki, who is the candidate of the main opposition People’s Democratic Party (PDP) is facing a fierce challenge from his main rival, Osagie Ize-Iyamu, candidate of the ruling All Progressives Congress (APC).

Both had previously contested the gubernatorial election in 2016 in which Obaseki emerged winner.

However, after the intrigues that led to their emergence as candidates of their respective parties, the battle was shifted to the campaign ground.

But a key factor in the Edo election that cannot be ignored is Adams Oshiomhole, who recently lost his position as the national chairman of the APC. Ironically, in their first contest in 2016, Oshiomhole, the presumed leader of the two political actors, was the major force behind Obaseki against Ize-Iyamu.

Today, the situation has completely changed, as Oshiomhole is now the major force behind Ize-Iyamu against Obaseki.

In the last few weeks, there has been increased desperation within the two political camps in the state, all in attempts to control the state and gain upper hand ahead of the election.

One of such was the recent attempt to forcefully take control of the state legislature by the pro-Oshiomhole lawmakers.

The crisis in the Edo Assembly began when the Assembly was inaugurated under controversial circumstances at night by the governor with only nine, out of 24 lawmakers-elect, on June 17.

Comments by politicians have heated up the polity in recent days, while report of increased violent altercations between the supporters of the PDP and those of the APC near the palace of the Oba of Benin, Omo N’Oba N’Edo Uku Akpolokpolo, Oba Ewuare II, when PDP governors, led by Wike, who were in the state to flag off the campaign of its candidate, visited the Oba.

The opposing groups were said to have poured invectives on the party and their candidates.

Reports also had it that some of them sustained injuries and a few were also arrested by the police.

The standoff has further aggravated in recent days and as heightened apprehension in the state and raised the likelihood of a bloody poll.

As the election draws nearer, there is increased concern among observers on the likelihood of violence prone gubernatorial election in Edo State.

Observers are of the view that relevant agencies involved in the conduct of the election in Edo need to put their houses in order to be able to checkmate the looming violence, comparable to the dimension that took place in Kogi State during the November 16 gubernatorial election.

Recall that Jegede contested the governorship election in 2016 but lost to Akeredolu.

Jegede was a former Attorney-General and Commissioner for Justice in the state and has boasted that he would do all he could to emerge victorious in the October 10 election.

In the last few days, tension has been on the increase in Ondo State due to desperation among political actors.

As the election draws nearer, there is increased concern among observers on the likelihood of violence due to utterances by politicians and political leaders in the state.

Pundits have noted that campaigns in Nigeria have deviated from issue-based to attacks on personality and violence because political parties in the country lack ideology which is supposed to be the basis of their messages during electioneering campaign.

“This is what has been happening, politicians heating up the polity, promoting violence, and innocent people losing their lives and nobody is held accountable.

“It is an old problem that has been there, our campaigns are not based on issues, and that is partly because our parties don’t have programmes, ideology, you cannot differentiate them from each other so what would they tell the people?” Sylvester Odion Akhaine, a professor of political science of the Lagos State University (LASU), said.

According to Akhaine, “They engaged in personality attacks, we saw what Ganduje said on Monday, but people may interpret it in different meanings and ways.

“I would be happy if the candidates can focus on issues facing the people rather than attacks, but I would not be disappointed if the same scenarios repeat themselves in Edo”.

He, however, advocated for a new orientation among politicians in Nigeria, and a change in the nation’s political institutions.

“I have always said in my writings that the present crops of African leaders are not making sense, they are not learning; we need to go back and teach them, we need new ideas and institutions on how to transform the society,” he said.

Why economy must be at the heart of the campaigns

Ayu, Wike and the task of saving PDP