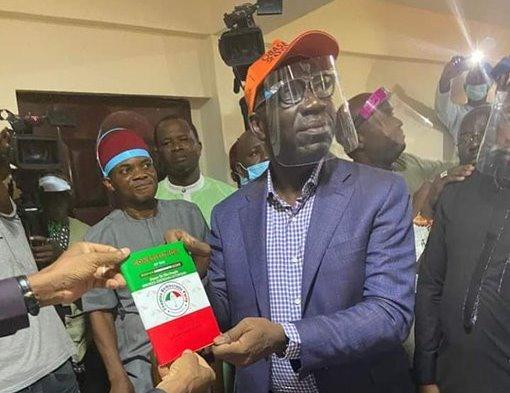 The Board of Trustees of the Peoples Democratic Party (PDP) on Thursday tasked members of the opposition party to ensure unity so as to PDP will emerged as ruling party in 2023.

This is just as the BoT congratulated Godwin Obaseki for emerging as the party’s flagbearer ahead of the September 19 governorship election.

Senator Walid Jibrin, Chairman of the BoT stated this in Abuja. He said the current peace in the party is achieved by the tireless effort of all party members.

Specifically, Jibrin commended the National Working Committee (NWC) of the party and the PDP governors for bringing Obaseki into the PDP family.

Jibrin said: “On behalf of over 100 PDP BoT members, who serve as conscience of the party, I wish to sincerely congratulate first the entire people of Edo state inclusive of all political parties, especially members of our party PDP who encouraged Governor Obaseki to quickly move to PDP.

“My biggest congratulations goes to Governor Obaseki who quickly understood the APC dirty game in their effort to mock and disgrace him.

“I want to appeal to the leadership and all members of PDP to continue making our party strong and more united in our efforts to rule Nigeria come 2023. The party should shun actions that will not bring progress.

“The BoT is ever ready to work with party members especially our NWC and governors.

“We congratulate all the South south governors for producing all PDP governors from their zone and appeal to other governors to do same.

“I want to assure the party and all members that BoT is one and united and is ever ready to carry its responsibilities as the conscience of the party.”

Ajimobi to be buried Friday according to Islamic rite