...APC may have no candidate for Yobe north, Akwa Ibom north/west 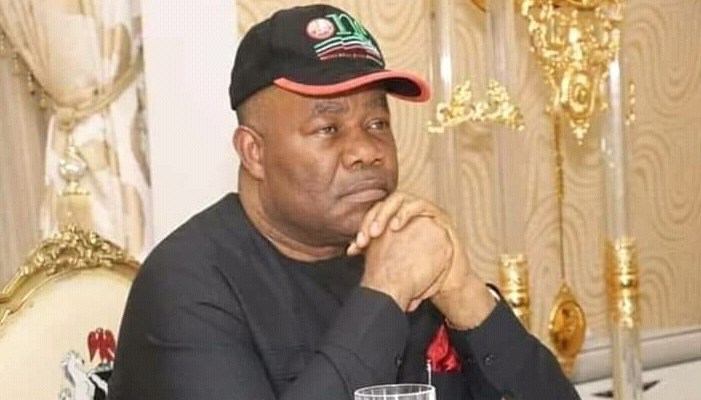 It will be a double loss for Ahmad Lawan, president of the Senate and Godswill Akpabio, former minister of Niger Delta Affairs as their senatorial bids after the unsuccessful race for the All Progressives Congress (APC) presidential ticket has suffered a set back.

Their names were conspicuously missing on the list of particulars of candidates for general election released by the Independent National Electoral Commission (INEC) in the respective constituencies.

Both Lawan and Akpabio had contested for the APC presidential ticket but while the former lost to Bola Tinubu, the later stepped down him.

However, the Abdullahi Adamu-led national leadership of the party submitted their names to the INEC as candidates for the Yobe north and Akwa Ibom north-west senatorial election in 2023, respectively.

BusinessDay earlier reported that INEC documents have shown that Bashir Machina is the duly nominated candidate of APC for Yobe north senatorial district which is being claimed by Lawan.

In a certified true copy (CTC) of the report of INEC officials that monitored the primary election and signed by Omale Samuel, dated May 28, 2022, Machina scored 289 votes out of the 300 delegates that participated in the exercise.

For Akwa Ibom north-west, Udom Ekpoudom, a retired deputy inspector general of police had won the ticket before APC leadership substituted him with Akpabio.

The situation is putting the APC on the verge of not having candidates for the affected senatorial districts in the 2023 general election.

An INEC official who did not want to be mentioned said Lawan and Machina in Yobe and Akpabio as well as Ekpoudom’s names are not on the published list, leaving APC space for the districts vacant.

According to source, “Yobe North and Akwa Ibom North are blank. In Yobe there is Mohammed Bomoi for the south and Ibrahim Geidam for the eastern senatorial districts but there is no APC candidate for the Yobe north.

‘’Akwa.Ibom north-west senatorial district space for APC is vacant. Ekpoudom won but they brought name of someone (Akpabio) who didn’t participate in the primaries monitored by the commission.”

Also, INEC published the particulars of presidential candidates and their running mates for the 2023 general election in its state offices accross the country.

Okoye who spoke on Channels Television’s Politics Today on Friday, said: “The final list of validly nominated candidates will be published by the Independent National Electoral Commission on the 20th day of September, 2022. And that is for presidential and National Assembly candidates.

“What the Commission has published, as of today, complies with Section 29(3) of the electoral act which says that the moment political parties comply with the provision of Section 29 (1) of the electoral act in terms of the submission of its validly nominated candidates, that the Commission shall publish the personal particulars of such candidates in the constituencies where the candidates intend to contest election.

Okoye further the submitted names of vice-presidential candidates cannot be replaced or substituted by the political parties except they die or they willingly withdraw.

He said no one can force any vice presidential candidate to give up their seats for another person as the concept of ‘placeholders’ is alien to the electoral system.

BusinessDay had reported that the APC presidential candidate, Tinubu submitted the name of Masari, a former National Welfare Secretary of the APC as a placeholder for his running mate to meet up with INEC deadline.

Also, Okupe had said in an interview that he was standing in for the substantive candidate of Labour party and running mate to Obi.