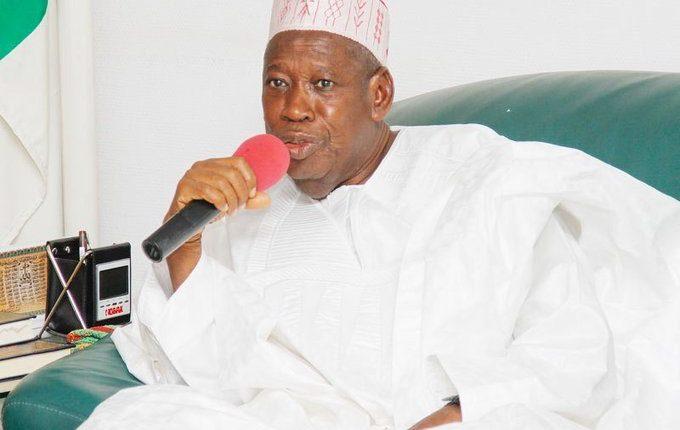 One of the global scholars in the field of Comparative Politics, Karl Deutsch, in one of his publications, recently, submits that modern social science has increased man`s power to observe and compare systematically the empirical world of facts around us and to subject many of these and processes to quantitative measurement and logical and mathematical analysis.

Deutsch also added that the behavioral sciences have given us a good deal of new and partly verified information as to how people think, feel, perceive, and act, individually and in groups.

If one is to use the postulation from Karl Deutsch as a baseline for considerations as to the anxiety and the excitement which the coming gubernatorial election in the Edo State, commonly referred to as the ‘Heart Beat of the Nation’ is generating, one can conclude that the Edo people are set for an interesting electoral experience.

This assumption is driven by the tremendous energy being expended by the political parties in the country towards the gubernatorial contest which the country `s national electoral body- Independent National Electoral Commission (INEC)- says is set to hold on the 19th of September, this year.

Judging from the preparations on the ground so far, the two dominant political parties in the country-People’s Democratic Party (PDP) and the All Progressives Congress (APC) seem to be the two top contenders for the election.

As usual with every period of election in Nigeria, the recently concluded primaries of the two political parties were not without the drama of decamping and counter-decamping which is associated with Nigerian democracy.

So far, the biggest gainer in the drama of decamping and counter-decamping since the commencement of electioneering activities in the state is the PDP, which was the opposition party in the state that has suddenly become the ruling party, courtesy of the decamping of the Governor, Godwin Obaseki from the ruling APC to the umbrella party.

Despite losing the governorship seat of the state, indications are suggesting that the APC is bent on recovering Edo State which was the only state in South-South geo-political zone of the country it was controlling, having lost Bayelsa in a controversial circumstance to the PDP.

Moved by the need to recover the state, the new national caretaker committee of the party, being presided over by the Governor of Yobe State has recently announced the duo of Governors Abdullahi Umar Ganduje of Kano State and Yahaya Bello of Kogi State as the two men to drive campaign machinery of the party in the recovery task ahead of the election.

The appointment of the two men, particularly, Governor Ganduje as the chairman of the APC, Gubernatorial Campaign Council has been throwing up public comments from political analysts, and many Nigerians.

What is particularly triggering comments was the statement made by Governor Ganduje, who many political pundits see to be in the celebration mood over his tactical defeat of his former boss, former governor Rabiu Musa Kwankwaso, and his flamboyant Kwankwasiyya Political Movement in Kano State, promising to lead him to a perfect defeat of Governor Obaseki.

While speaking after the inauguration of the party’s campaign council at the party National Secretariat in Abuja, in a joking manner, Ganduje told the gathering that his PDP counterpart from Rivers State, Nyesom Wike, who has been selected to lead the PDP campaign team for the election would be sent to Isolation Centre, in order to create victory for the party during the 19th September Poll.

“The art of governance is to provide social and economic development, infrastructural facilities, peace, and stability, but all of these are lacking in Edo State under Mr. Obaseki.

“What has he on the ground to show to Edo people that he deserves re-election? He has 53 cases in courts and busy with in-fight with his people. Apart from all litigations, he has cross-carpeted to another party, and abandoned the governance of his people. What we are saying to Edo people is that the APC gubernatorial candidate Pastor Osagie Ize-Iyamu is a man of God, whose commitment in the service of his people, made it deserving for all his people to follow him to APC because he has his people at heart.

“When he came to our party he came with all his people. But when Governor Obaseki cross-carpeted to PDP he was followed only by his cabinet, because the people have not seen any reason why he should be followed”, Governor Ganduje told the APC leaders and supporters that witnessed the inauguration ceremony.

However, just as the exchanges between the two governors continue to generate public attention, political pundits are contemplating the type of electioneering campaign strategy that the duo of Governor Ganduje and Governor Yahaya Bello, both of whom were re-elected in their states in controversial elections described to be the worst in the country, got to offer APC in Edo.

The political pundits are arguing that when they learnt that Governor Ganduje is the one heading the APC campaign team in Edo, the memory of the strategy adopted by the APC in a re-run election held in Gama Ward, which gave Ganduje his second tenure chance, quickly came to mind.

To many of these observers, Gama strategy entails a situation in which anything goes in winning election, and are hoping and wishing that the 19th September election will not follow what they described as a “terrible pattern” where everything is compromised by the electoral body and security agents.

The pundits are asking the INEC and security agents to ensure that in line with Karl Deutsch opening submission, ‘a good deal of new and partly verified information as to how people think, feel, perceive, and act, individually and in groups’ reflect the most civilised conducts that can stand the test of time in any internationally democratic arena.