Any lesson for Nigeria from Asari-Dokubo’s Biafra stunt 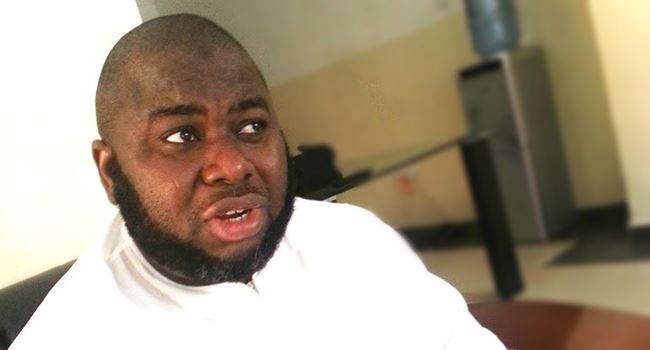 For so long, the Federal Government of Nigeria has allowed a minor wound to fester.

Successive governments have paid a blind eye to the cry of marginalisation by certain sections of the country. Over the years, many ethnic nationalities have clamoured for self-determination. Some have asked for an opportunity to exit the forced marriage they entered into. Government has neither changed its oppressive ways nor heeded the secession cry.

Apprehension is high in the polity and there has been an increased feeling of discontent over the state of affairs, as it appears the government of the day is being manifestly biased in the business of governance in the country.

Several groups and individuals have urged the Federal Government to enter into a dialogue with groups that have genuine reason for their agitation. For instance, Olusegun Obasanjo, a former president, had advised President Muhammadu Buhari to establish dialogue with the leader of the separatist Indigenous People of Biafra (IPOB), Nnamdi Kanu.

Obasanjo had also noted that the dialogue would curb the secessionist agitation in the South-East region.

‎Kanu is the arrowhead of a new wave of separatist agitation in the South-East, which has triggered apprehension and unrest among the people in the region.

But Obasanjo said there was nothing wrong if Buhari established dialogue with the leader of the separatist movement.

“I don’t see anything wrong in that. I would not object to that; if anything, I would encourage it,” he said.

“I would want to meet Kanu myself and talk to people like him, people of his age, (and ask) ‘What are your worries?’ Not only from the South-East but from all parts of Nigeria,” he said.

For several years, an Imo State-born Ralph Uwazuruike clamoured for Biafra through the Movement for the Actualisation of Sovereign State of Biafra (NASSOB), which he founded. He never declared Biafran government, outright.

IPOB, founded by Kanu has also operated for many years now, without directly pronouncing the formation of Biafra. But, Asari-Dokubo, a Rivers State-born of Ijaw extraction, took the nation by surprise last Sunday, when he declared a new government.

Dokubo, a former leader of the Niger Delta militants that held Nigeria hostage for a long time over the marginalisatiion of the region that bears the crude oil, the main-stay of Nigeria, declared himself the defacto leader of the Biafra Customary Government (BCG).

Dokubo said he hesitated a little, “but I thank God that it’s time for us to do our duty and our service to the motherland, I have accepted this role. I have dedicated my life a hundred percent to play this role”.

He also rallied other like-minds across the Igbo nation to join hands.

“You are all aware of the recent plot where they decided to stop food from the north. They failed woefully, they will continue to fail. The Government of Biafra states will look to make sure that we only eat what we can produce.

“Nobody can stop us. Nobody can blockade us as they did in the first war. We are not going to fight any war with anybody, we are walking to freedom. We will not shoot any gun with them, they will prepare their weapon but they will have nobody to kill with their weapon,” he added.

Dokubo, who is a former president of the Ijaw Youth Council and the founder of the Niger Delta People’s Volunteer Force, while announcing the formation of the new government had vowed that the government could not be stopped, as they would proceed to set up provincial structures for the new government.

Interestingly, for observers Dokubo’s announcement of the Biafra customary government raised the question as to what had become of IPOB that had over the last few years championed and campaigned for the restoration of Biafra and freedom for Igbos.

Established in 2014, IPOB has gathered momentum and gained wide support among the Igbos, especially the youth, both home and abroad.

Speculations had been rife recently about a major crisis in IPOB, especially after the increased clampdown on the group by the Federal Government, which forced several of its leaders into exile. Reports say that IPOB at the moment is seriously fractured, with many erstwhile key members now either with Uche Mefor or charting their own course.

Sources say money and power play, control of the organisation between Mefor and Kanu was largely responsible.

It is believed that Kanu forced Mefor out of IPOB after a faction of the UK chapter, led by Mefor, asked for an account of funds raised. Following that request, Kanu abolished the position of Deputy Leader which had been occupied by Mefor, while many members of the UK chapter remained loyal to Mefor who many believe is a better organiser than Kanu.

It is left to be seen how the Biafra dream would be actualised with the current alliance of Mefor, Uwazurike and Dokubo.

Meanwhile, it is apparent that Mefor and Uwazurike had decided to adopt another strategy to the struggle.

Observers say that a major difference between the style of campaign adopted by Mefor and those of Uwazurike and Kanu is that Mefor believes in non-violent agitation and the lobbying of world powers to achieve an aim that they believe the entire region that comprised the defunct state of Biafra subscribes to.

“Mefor’s non-violent approach is likely to gain him more support amongst the Igbo middle class who are afraid of a repeat of the scorched earth kind of war that was fought 50 years ago. Most of those who may support the Mefor group are those especially turned off by Kanu’s abrasive tactics which have earned him more enemies in high places both within South-East Nigeria and without,” a report by SB Morgan said.

Though Dokubo is not a core Igbo, he has an Igbo linage from his paternal side; his involvement in the Biafra struggle may not come as a surprise to many based on his earlier efforts to champion the cause of the Niger Delta.

Asari-Dokubo has seen himself a revolutionary, though in the last few years he has remained silent on national issues.

However, present generation of Nigerians in the Niger Delta has shown little interest in the idea of a Biafra struggle. Perhaps, it stems from a lack of trust and what their position would be in such an arrangement.

The Niger Deltans are keen on resource control, increased revenue derivation formula and restructuring of the country.

Observes have expressed pessimism that Asari-Dokubo’s involvement in Biafra struggle may likely increase the chances of support for Biafra in the South-South as it is apparent that the fear of Igbo dominance was still very strong in the region.

“Well, I think the Igbos have a right to say if they want to continue with this arrangement or not. You can’t force people together especially when they are no more interested. I mean the circumstances in which this country was brought together we all know that was for administrative convenience. That is people think the Nigerian government should conduct a referendum in Igbo land. But I am not surprised with this agitation, the Yorubas are also calling for Oduduwa state,” political analyst, Taiye Ogunlola said.

Ogunlola however, doubted the sincerity of Asari-Dokubo and his commitment to the Biafra course.

According to him, “If you look at all the British countries then as big as Nigeria; we are probably among the few countries that may still remain one. Look at India, Pakistan came out of it. The struggle has been on for decades and we know how many lives were lost in the Biafran war but I don’t know if Dokubo is the right man to lead this now and his sincerity. Can he be taken seriously? Let us watch and see.”

Confidence McHarry, a security and political analyst, dismissed the treat of Asari-Dokubo and his group, saying that they were more likely looking for patronage from government and political leaders ahead of the 2023 general election.

“Nothing will change. A few tremors in the Niger Delta here and there, but nothing major, because of the approach of the Asari-Dokubo-led group.

“However, these are strategic moves on Asari’s part to make himself relevant; to position himself for the spoils of 2023. He is most likely looking to position himself to get patronage from contestants, as well as concessions from the Federal Government,” McHarry said.

Reacting to Dokubo’s declaration, Lai Mohammed, minister of Information and Culture, had chided the former militant, saying, “I am sure you have heard of the theatre of the absurd; that is the best way I can describe it. If Asari-Dokubo wants to form and run a phantom government, I think he is free to do so. This administration will not be distracted because we still have a lot to do.”

“We are not ready to give any attention or time to a joker like Dokubo who is just looking for attention. We will just take it as one of these entertainment things. The beauty about Nigeria is that it is never a dull country, you must have one thing or the other to entertain you,’’ he said.

Although government’s response appears dismissive, observers have cautioned that there is the need to begin to address those issues in the polity that give rise to secessionist tendencies.