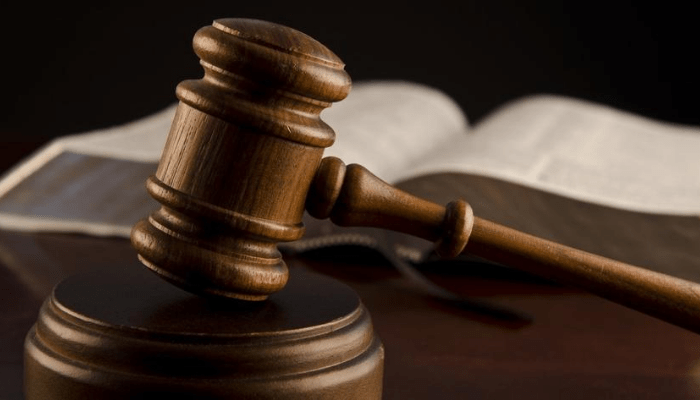 A Federal High Court in Abuja on Monday fixed August 24 to hear the suit seeking to disqualify the All Progressives Congress (APC) candidate in the September 19, 2020 governorship election in Edo State, Osagie Ize-Iyamu, and his deputy, Audu Ganiyu.

Justice Taiwo Taiwo adjourned the case after granting an application for substituted service of the court processes on the third and fourth defendants, Ganiyu and Ize-Iyamu, respectively.

Two chieftains of the APC, Momoh Abdul-Razak and Zibiri Muhizu, had dragged the party’s candidates in the governorship election to court over alleged perjury.

The plaintiffs are asking the court to disqualify the deputy governorship candidate, Ganiyu, from participating in the forthcoming election on account of supplying false information to INEC in aid of his qualification for the governorship poll slated for next month.

Ganiyu, in the suit filed on July 10, 2020 by the plaintiffs’ lawyer, Friday Nwosu, was also accused of certificate forgery.

The plaintiffs further prayed the court to annul the nomination of Ize-Iyamu as APC’s governorship candidate on account of running with an allegedly unqualified deputy.

In addition, they prayed the court for another order restraining the APC from contesting the September 19 governorship election upon the disqualification of the 3rd and 4th defendants.

In a 41-paragraph affidavit deposed to in support of the suit, the plaintiffs averred that Ganiyu contravened provisions of the electoral laws by providing false information and lying on oath in his form CF 001 which he submitted to INEC in support of his qualification for the September 19 governorship election in Edo State.

According to the deponent, Abdul-Razak, “There are several irrevocable different and false information given by the 3rd defendant about himself which cannot be true in his 2020 INEC form EC-9.

“That I know as a fact that both the alleged name Audu Abudu Ganiyu in his 2020 form EC-9, Audu Abudu Ganiyu in the WAEC (GCE) of December 1983, Audu Gani on the APC card No: 0054243, are not the name of the 3rd defendant as fully and definitely confirmed by the statutory declaration of age (exhibit 6A) that accompanied 3rd defendant’s 2019 form CF 001 personally deposed to by the 3rd defendant at the Registry of the Chief Magistrate Court, Yaba Lagos State on 24/5/1996.”

Abdul-Razak further claimed that the deputy governorship candidate, who is a serving member of the Edo State House of Assembly representing Etsako West Constituency, submitted a different name to INEC in 2020 from what he submitted in his 2015 and 2019 CF 001 forms.

He argued that the 3rd defendant had at no time in the various certificates paraded by him attached any change of name to prove the names belong to him.

The plaintiffs further accused the deputy governorship candidate of superimposing the letter ‘A” on the testimonial issued by a state authority or institution to read from originally Audu Ganiyu to Audu “A” Ganiyu which he presented same to INEC in aid of his qualification for the election.

When the matter came up Monday, counsel to the plaintiffs informed the court that while both 1st and 2nd defendants have been served with the processes, the 3rd and 4th have not been served and as such he has brought an application for substituted service.

Counsel to the 1st defendant, Ehiogie West-Idahosa, acknowledged service while there was no appearance for INEC.

In a short ruling, Justice Taiwo granted the application as prayed and ordered that the court processes including the hearing notice be pasted on the Benin City residences of the 3rd and 4th defendants.

He subsequently adjourned till August 24 for hearing in the substantive suit.