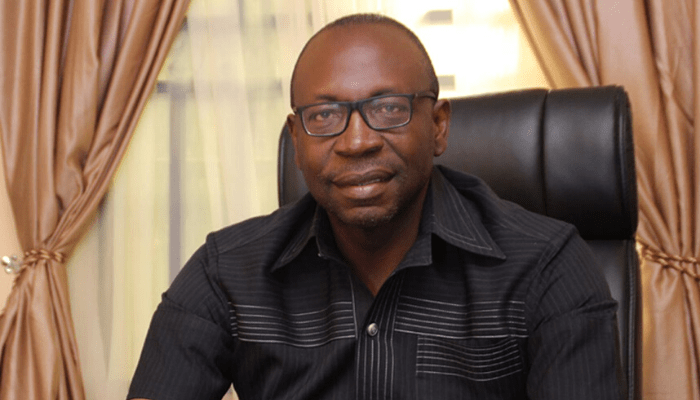 The Federal High Court sitting in Benin Thursday adjourned the trial of the governorship candidate of the All Progressives Congress (APC), Osagie Ize-Iyamu and four others, till July 7.

Osagie Ize-Iyamu, and four others were supposed to appear on Thursday, July 02, 2020 (today) before Justice M.G. Umar of the Federal High Court over charges bordering on alleged N700 million money laundering case filed against them by the Economic and Financial Crimes Commission (EFCC).

The Court had in its last sitting in Benin City, on Thursday, June 18, 2020 validated the corruption charges against the defendants, adjourning the case to July 02, 2020 for further hearing.

The anti-graft agency in Suit No. FHC/BE21C/ 2016 had filed eight count charges against the accused persons bordering on alleged illegal receipt of public funds to the tune of N700 million for the purpose of the 2015 general election.

The EFCC further accused the defendants of conspiring among themselves to commit the offence in March, 2015, alleging that they took possession and control of the funds without any contract award.

However, on Thursday, there was no court sitting, but it was observed that some of the defendants and counsel were around the premises.

Speaking to journalists, counsel to Tony Aziegbemi, Pascal Ugbomhe said the case has been adjourned till July 7, 2020.

Although he didn’t specify the reason why it was adjourned, he said,” It is a normal occurrence in court duties. It’s nothing unusual to adjourn matters.

“The defendants and counsel have been in court since about 8am and the court officials informed us that the matter has been adjourned to 7th of July”,he said

Ondo Guber: Your exit again will not affect our victory, PDP tells Ajayi

SHOCKING: Singer sentenced to death for blasphemy in Kano