ADC’s transformational style of politics is changing the narrative – Ashiru 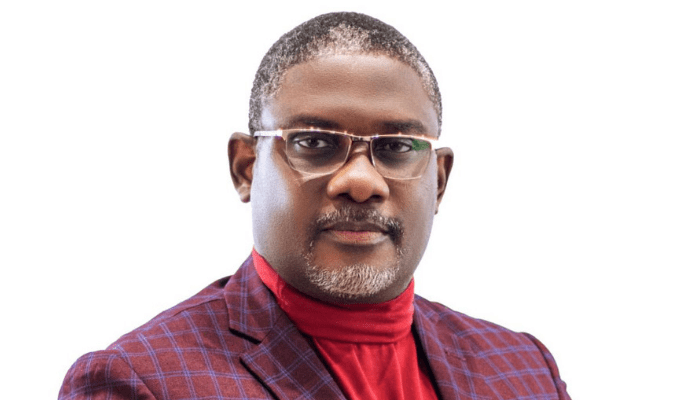 George Ashiru is the Lagos State chairman of the African Democratic Congress (ADC). He has previously served on the Federal Government taskforce on the high performance system, and on the FG’s ministerial technical committee on preparation for the 2016 Olympic. He is a former president of the Nigeria Taekwondo Federation, a Chartered Manager and Certified Management Consultant. In this exclusive interview with INIOBONG IWOK, he spoke on the state of nation and how the ADC is preparing for the 2023 general election. Excerpts:

The electioneering has started in earnest ahead of the general election in 2023, what is the state of ADC in Lagos, in terms of grassroots mobilisation and structures?

ADC Lagos has waxed stronger in 2022 with Congresses held in May producing a new set of state executives, and competitive primaries in June that produced Funso Doherty as the gubernatorial candidate.

The primaries required all local governments and ward excos to be in attendance, as a measure of strength of our party structure in Lagos State. ADC had one of the largest turnouts of delegates of all the parties in Lagos State, testament to our structure and membership strength. Since then, our top candidate has toured and hosted all party excos across the state. So, definitely we have the political and campaign structure to contest fairly for political seats in the state at all levels.

The ADC is relatively unknown across the state, and most of your candidates are not mobilising towards the 2023 general elections, how do you plan to win the state for your gubernatorial and presidential candidates?

ADC is an emerging political force in Lagos State and in Nigeria as a whole. This explains why we had twelve presidential aspirants on our platform, the 3rd largest after APC and PDP. Many of our candidates belong to the emerging leaders’ demography, which are not associated with the failed leadership of the status quo and do not want to be so associated either. In Lagos State, our candidates are following key issues campaign strategy rather than banking purely on fame or infamy. We are presenting ourselves to key constituencies as the credible alternative while avoiding the silly intrigues and mudslinging that has destroyed the fabric of leadership in Nigeria and served no one but the dirty politicians well. Our language and political style is transformational, and is the key to the hearts of the 80percent of folks who never turn out vote because they are disillusioned with how they view politics and politicians. Our campaign style is therefore building towards a crescendo, brick by brick, and by the end of the year, we will be on everyone’s lips as indeed the credible alternative to the status quo.

What is the take on the administration of Babajide Sanwo-Olu and governance in Lagos State?

The truth is that Lagos State can be more. Deficit budgeting to pay for infrastructure development may seem altruistic to those benefiting from it, but piles up pressure for future administrations to pay back. I believe that we have such a large economy, sizeable GDP, the 5th largest of all nations in Africa, the largest concentration of millionaires and billionaires in the country, and yet the poverty level is extremely high. Lagos is ranked by Business Insider magazine as one of least livable cities in the world. Our human development index is very low, compared to major capital cities in Africa! How can we have so much, and the people suffer so much? Something doesn’t add up! So, it’s not about the person of Sanwo-Olu, but about the policies and priorities of his and previous administrations. We can certainly do better with the resources we have. ADC plans to create better fiscal and administrative policies and very efficient performance management frameworks that will deliver greater value to the citizens, empower small businesses and ensure greater social welfare to all.

More than two decades after the return to democratic rule, there is popular belief that democracy has failed in Nigeria. What is your take?

From the citizens’ viewpoint, all the economic indices show a decline in democratic benefits to the society. Crime has increased, occasioned by increased level of poverty. Corruption has become unassailable. Impunity and abuse of power rivals that of military rule, and the impression we have is that our democracy consists of the right to choose our next dictator in civilian garb. Even though more and more technocrats are added to the political system, it seems the absence of moral value and high level of impunity and weak justice system means rarely do great things come out of them. The Federal and State civil services need urgent reform. Our justice apparatus need more empowerment. We need truly patriotic folks in our legislature…folks who put country before godfather or party. The truth is, very few people truly care about the nation anymore. Politicians and political parties have the most to do to ensure we all bring back the earnest passion to make this nation great, rather than just a cash cow for the greedy and avaricious.

What is your take on the Muhammadu Buhari administration, more than seven years in office so far?

President Buhari came into power following a wave of anger against the ineptness of previous governments and the grave decline of the economy and the social system. On an individual capacity, we looked forward to a national leader with the discipline and moral value to change the downward spiral the nation was tumbling into. Unfortunately, it takes more than personal integrity and moral value to rescue the nation. We anticipated a fully throated war against corruption at every level and a more efficient Civil Service, and more prudent management of our resources. To achieve this, it means appointing credible and capable people into the cabinet and to manage the MDAs. Even more, ensuring they deliver the value expected of them. It is often said, people don’t do what you expect, but what you inspect. President Buhari it appears to us does not have a grip on his appointees and therefore they have not delivered on his promises. So, even though he is a great and admired person, his administration has failed in the estimation of the people who elected him to deliver better value than those in his past did. At the end of the day, a leader is judged by the electorate, not on his personality, but the benefits his leadership brings to them individually. All the indices from all the international sources point to a worsening of experiences, bad enough for our emerging leaders to be emigrating in droves.

What is your take on INEC’s preparation for the general election?

From current indications, INEC, at least, in Lagos State, has been proactive and transparent in their preparations for the elections. The amended Electoral Act, the use of the BVAs and all the other biometric technologies are welcome additions to the electoral process as we approach 2023. I would request that they are more aggressive in punishing parties that encourage electoral violence, State Governments stifling the opposition by denying them rally permits and bring down or blocking billboards being erected. These negative actions by some parties and governments will only lead to greater apathy, which is the highest in Lagos State for example. Last state elections, only 22percent of registered voters came out to vote! They were tired, disillusioned and fed up. A state known as the centre of excellence will have failed if the turnout is lower than 50percent.

What impact do you think the electronic transmission of election results, BIVAS would make on the 2023 general election?

Electronic transmission of election results is designed to improve the integrity of the electoral process and therefore ensure the credibility of the results. Collation of results has been where the greatest problems of past elections have been seen, therefore a transparent digital collation and transmission is definitely a positive way to address those issues.

What is your take on the spate of insecurity in Nigeria presently?

Insecurity always has a root. Poverty is a key root. As long as folks have no social safety net, they will be prone to corrupt practices, violence and recruitment to commit those acts. Whatever we are seeing today, the root of them all is poverty. We hardly hear of the children of the rich being enmeshed in violent activities. They are content and have other ambitions. Just look at the nations with the least criminal activities and internal insecurity. In Asia, Korea and Japan for example, the Scandinavian nations etc., their GDP/capita are often very high. So, fix poverty, fix crime. There is also insecurity related to struggle for power, for land, and for ideology. However, if you look at the active participants, they are often young and unemployed youths being used by the old crafty foxes. We need to deal with poverty, we need to empower more youths and give them hope, spend more building industries in sports, arts, entrepreneurship and entertainment, and otherwise we will end up spending more on security and our prisons systems.