2023: How hangers-on may ruin principals’ chances

…Supporters advised to be civil, temperate in use of words …CSOs flay attack on personalities, urge issue-based campaign 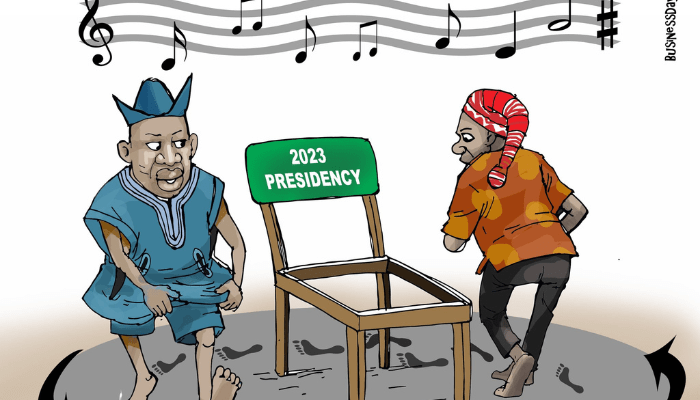 Character defamation and the expression of unpleasant opinions between staunch supporters of different nominees standing for election for political offices are spreading widely without being checked and gradually becoming entrenched in Nigeria’s political space.

A situation Nigerians say could interfere with the rhythmic sounds emanating from a group of committed fans who have been steadily drumming support for their preferred candidates.

Each time election approaches, supporters brand their candidates in the public eye and, in the process, get entangled in a difference of opinion; remain unwilling to endure opposing views and resort to bullying, especially through the internet which is now the present-day interactive space.

In recent times, observers say altercations among political opponents have moved from the lower rungs of the ladder – where the services of thugs are employed to unleash violence on dissident fans – to a top rung on the digital environment that has put people-oriented policies in the shade.

“Instead of supporters to propagate the manifestos of their principals to eligible voters, they indulge in maligning the characters and political image of those running for the various political positions, thereby interrupting the concentration of the opposition camp perceived to be stronger. This isn’t how politics is done, we keep on missing it anytime we are about to get it right, Henry Osazuwa, a Benin resident, told BusinessDay Sunday.

Interestingly, the raging trend by campaigners which has recently generated outrage and created deep-seated ill-will across the different fan base of candidates jostling for the various seats, especially the top job, is coming against the backdrop of the 2023 general election, which many Nigerians anticipate and opine will be a make-or-break occasion for the citizenry.

Although every citizen has the right to freedom of expression, there is a growing concern over the deliberate attacks on candidates’ image in the build up to the forthcoming poll as pundits stress that engaging in name-calling may become the new normal if urgent attention is not taken to forestall the trend.

Before the commencement of electioneering campaign on September 28, 2022 for the Presidential and National Assembly elections, according to the timetable released by the Independent National Electoral Commission (INEC), Nigerians have urged supporters of candidates to employ decorum in their utterances and behaviours towards opponents of their principals.

Reacting recently to some intemperate words employed by supporters of some presidential candidates against others, and urging civility henceforth, the Civil Society Organisations (CSOs), through Ene Obi, Country director, ActionAids Nigeria, in a statement, on behalf of Situation Room, said: “There are concerns that politicians have not desisted from stoking ethno-religious rhetoric ahead of the election. Instead of basing their campaigns on issues that will benefit the citizens, supporters of candidates have resorted to rhetoric that have focused on personalities, insults, mudslinging and smearing especially online.

“With the beginning of campaigns next months, it becomes important for citizens to make demands on candidates and political parties to state issues of focus for their campaigns to enable citizens to hold them to account on their being elected”.

Tony Abolo, a Benin-based communication expert, described the prevailing smear campaign as “old politics,” saying that the fight to rescuing the nation from collapse in the run-up to the most keenly anticipated election can only be done in an environment where ideas are rich and conversations are based on specific problems as well as how it can be addressed.

“Nowadays, conversations are not enlightened or elevated. We talk about issue-based campaigns because that is what lead to politics and progress. Apart from Peter Obi who has taken a position on where the country goes towards 2023 and post 2023, the other people are lost in remarks like your eyes are bigger, you are walking slowly or you can’t talk, my crowd is bigger than yours and so on.

“Those are non-issues and when conversations are so debased and their followers begin to follow their paths, then you now have a non-sequitur. You can’t distill anything because that is not the way. We are lost and so if we now continue this way, we will not even know what matters between now and 2023 because the core issues are now,” Abolo said.

Abolo, while urging followers not to take a cue from the jabs of their principals, opined that making false claims to discredit other candidates may pose a threat to Nigeria’s unity because “in one of the major political camps, they are circumspect in their language, in their verbiage and in their tone.”

According to him, “They are trying to show the way how politics is practised but the other people think that by doing mudslinging is the only way to decapitate your opponents but that is old politics.”

According to him, “The country is collapsing due to the kind of parochial and ethnic leadership we have seen in the last few years. It is not just to take back the country; it is to build the country.

“Therefore, how do we build this country back? To do this, the structural framework or scaffolding is the people, their thoughts and ideas. What are our thoughts? How do we reformulate whatever it is in terms of strategies, policies, development ideas; those are the kind of things you want the followers to begin to think about and then when we are more in that framework or when there is a critical mass looking at things from that perspective, then we are now ready to remake the country.”

Pius Oiwoh, chairman, Benin branch of the Nigerian Bar Association (NBA), urged the electorate to be conscious of previous records of performances, accomplishments, reputations of candidates rather than spread untrue remarks about contenders.

“The campaign should be issue-based and people should look at the manifesto of each political parties rather than campaign of calumny which is what we are seeing at the moment. Candidates should be able to come out to tell us what they have on the table different from what we are seeing now.

“Electorate should consider track records and how they emerge to become flag bearers of a political party and of course, we know if you came through corrupt means, you certainly have nothing good to offer but corruption because that is the foundation on which you emerge.

“To a large extent, I think Nigerians are now well enlightened and educated whether the elite, those who have taken advantage of education or not, our people are wiser today. We do not need a prophet to tell us that all is not well with the country. I am sure and convinced that even those who have the intention to buy votes will meet a brick wall because the electorate will collect the money and vote their conscience,” Oiwoh said.

Speaking on the driving influence of citizens ahead of the election, the legal practitioner said: “There is no doubt that we have experienced poor and bad governance in the last few years and Nigerians are yearning very seriously for a change not the normal change associated with a political party but positive change.

“You will agree with me that insecurity which is now the bane of the current administration is worrisome and has chased local and international investors. There appears to be no hope in sight. When this administration came on board, the three cardinal focus which they identified as areas to improve include security, economy and corruption. Completely, the present administration has not fared well; it is a fiasco,” he said.

Oiwoh, however, expressed confidence that the votes of millions of Nigerians would count in next year’s election, just as he urged the INEC to ensure it is transparent, free and fair.