...as APC, APGA and PDP enmeshed in crisis 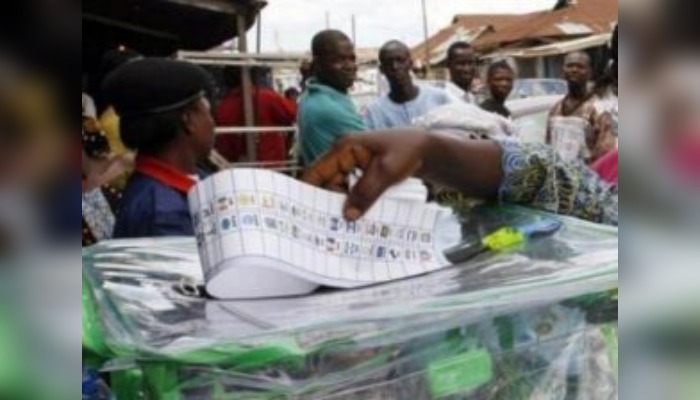 The 2023 general election in Abia State will be keenly contested, as no political party, including the Peoples Democratic Party (PDP), which is the ruling party in the state can confidently boast of winning outrightly.

Although campaigns have not started, these political parties and their candidates have been moving around the state, visiting community leaders, churches, town unions, and market unions, among others.

However, the forthcoming general election in Abia State may spring surprises, as a third force may emerge.

This is because the popular parties with big structures in the state, namely the APC, PDP and APGA are enmeshed in crises, emanating from party primaries.

For the APC, the battle between Ikechi Emenike, an economist, and Uche Ogah, former minister of Mines and Steel Development on who is the authentic governorship candidate of the party is still on, as their case is still in court.

APGA’s case is even more worrisome in the sense that the executive that organised the party primaries that produced its governorship candidate and other candidates for the elections in the state have been sacked by a court.

Ukaegbu said that he has defeated the sacked APGA executive under the leadership of Augustine Ehiemere, three times in court, but that Ehiemere has refused to obey court order, but rather chose to do things contrary to the court order, which he said will have serious consequences.

While commenting on the judgment of Court of Appeal in Owerri Judicial Division, on Thursday, April 7, 2022 on APPEAL NO. CA/OW/26/2019, which reaffirmed him, as the chairman of APGA in Abia, which is in agreement with SUIT NO:HU/82/2018 judgement given on September 25, 2018 of the High Court of Abia State, in the Umuahia Judicial Division and also a Judgment in Obingwa Judicial Division.

In the copy of the Judgment made available to BusinessDay, the presiding Justice of the Court of Appeal, Owerri Judicial Division, Rita Nosakhare Pemu after reading the Appeal against the decision of High Court of Abia State, Obingwa Judicial Division ordered that:

“The Appellant (APGA Abia State Chapter) is no longer desirous of prosecuting this appeal. Moreso, since he had been served with processes in this matter by way of hearing notice and this motion before court was filed on the 9th of February 2021.

“Accordingly, this Appeal shall be and same is hereby dismissed. Appeal No. CA/OW/26/2019 is hereby deleted from the court’s record.”

Ukaegbu said that since the sacked APGA executive led by Ehiemere lost at the Appeal Court, they still have one layer of Appeal, which is the Supreme Court, which they need to make use of instead of going ahead with primaries.

He said that a High Court made an order in 2018 that he, Ukaegbu, is the state Chairman of APGA in Abia State and that APGA cannot do anything without his participation.

“They went back to the same court and got a stay of action which is part of our problems in Nigeria. They got a stay against that order pending the Appeal. The supreme Court has said that a party that’s in disobedience of a court order cannot approach the court for any discretionary remedy.

“If you refused to obey one court order you can’t come back to the same court to ask for anything. However, the court granted them stay which means the judgment is suspended to enable them go to appeal.”

Ukaegbu added that since the court of Appeal Owerri Division has dismissed the Appeal, the judgment of the High Court, which declared him as the chairman of APGA in Abia State stands and what the sacked Executive has gone ahead to do which includes conducting primaries in APGA in his absence is null and void

He advised the sacked APGA leadership to exhaust the last layer of the court which is the Supreme Court if they feel shortchanged rather than going about nominating candidates.

“They’ve gone ahead to conduct primaries against the express provision of the court, which they’ve challenged and lost. I’ve advised them, please we have enough time to go to the Supreme Court and settle this matter once and for all, but they’re more interested in what I don’t understand. They’re not interested in what will happen tomorrow.

“APGA as of today does not have a candidate at all. I’ve passed the stage of noisemaking. Consequences of disobeying court orders are very clear and the court we have today does not close its eyes to some of those things”he state

While APC and APGA currently have factional governorship candidates, the PDP, which is the most popular party in the State have some of its prominent members, who recently left the party to contend with.

Also the choice of Elieazer Ikonne, a professor from Abia Central Senatorial zone of the state, as PDP governorship candidate, may affect the chances of the party in retaining the governorship seat in the state.

The PDP may find it difficult to convince electorates in Abia North, who argued that it is their turn to produce a governor in 2023, based on rotation.

However, the LP with Alex Otti, former managing director of defunct Diamond Bank plc, as its governorship candidate and the YPP, represented by Chima Nwafor, an engineer, are enjoying peace, going into the election.