Why you should start saving early 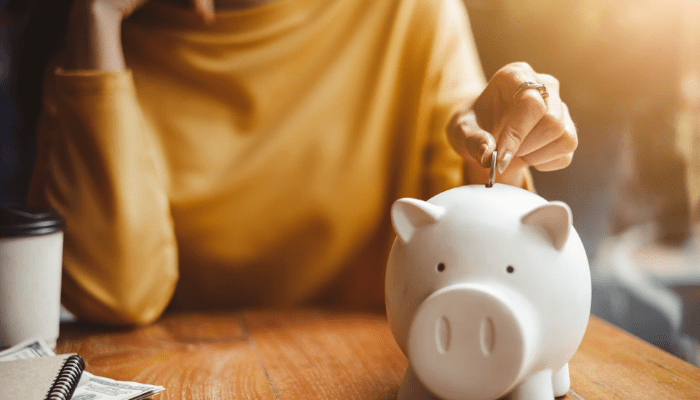 In Morgan Housel, psychology of money he devoted a chapter as to why Warren Buffet has been able to amass so much wealth. Housel explains that by investing early and staying investing, Buffet was able to accumulate large amounts of wealth.

Also according to Warren Buffet, at the Berkshire Hathaway annual shareholders meeting 1999, when asked how to make 30 billion dollars?

“Start early,” “I started building this little snowball at the top of a very long hill. The trick to having a very long hill is either starting very young or living to be very old,” Buffer said.

The principle behind this school of thought is compounding interest; According to Investopedia, “Compounding is the process of reinvesting an asset’s earnings, whether from capital gains or interest, to generate additional earnings over time. This exponential growth occurs because the investment generates earnings from both its initial principal and the accumulated earnings from previous periods.”

A tweet by compounding quality on why you should start saving early, showed that when a person starts saving at the ages of 25-35 and stops, they will have more money than someone who started saving in their 30s and continued until retirement. Saving more early has major implications due to the compounding power

Investing early allows you to prepare ahead of any financial woes that can come from losing a job or to health challenges or any other bad circumstance. This preparedness is beyond the strength of an emergency fund. A person who has been investing since their twenties will be able to storm a career loss in their forties.

People in their twenties have higher risk appetite and can take investment risk that can yield higher returns compared to people in their forties who already have the burden of children, mortgage and debt.

Kalu Aja, A finance coach in a recent tweet likened investing to driving in Lagos traffic.

“If you leave early (start investing early) you have enough time and allowance to navigate the flows, stops and ebbs of traffic.

If you leave late, you take more risks and can get a ticket,” he said.

Read also: Tips to grow your money amid accelerating inflation

Most Nigerians only look forward to their gratuity upon retirement; this in most cases is enough for just getting by. Investment at an early age gives you opportunity to do more than just get by, it allows you to travel conveniently, pay for graduate school of your children, not be dependent also. When you start early it gives you a better chance of reaching your financial goals and retiring early.

According to Kenny of Accentinvesting, a personal finance coach the following are some saving rules to learn by the age of 20, become wealthy in your 30s and 40s.

It calculates the number of years it takes your money to triple double, given a rate of return. An inv

It calculates the number of years it takes your money to triple quadruple, given a rate of return. An investment growing at nine percent will quadruple in 16 years (144/9=18).

This is a rule for budgeting 50 percent of your income should go toward your needs, such as rent, utilities, and food 30 percent for wants such as dining, entertainment, and leisure 20 percent for financial goals, such as paying off debt or saving for retirement

Some people use 110 or 120 to be more aggressive in their allocation.

Most financial experts advise investing 10–15 times your current income. Others recommend 20 times annual income. A variety of factors determine life insurance premiums, but your health has the greatest impact on the final cost.

How savings prepare you for better future

With rising prices, here’s how to maximise your money

Three big financial education that will speed up your financial freedom

How to climb the Wealth Mountain and Join the Upper class