Why Nigeria is losing its place as Africa’s FDI hub 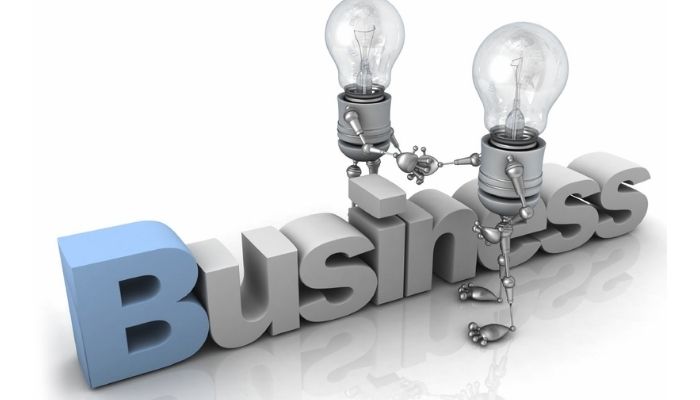 Foreign Direct Investment (FDI) has been reported to improve technological and knowledge transfer to indigenous companies, increase the productivity of the labour force, reduce unemployment and increase export, which as a result promotes economic growth.

According to the World Bank, FDI plays a vital role in supporting the production of new and better goods and services, thereby promoting the value chain that ensures that the domestic economy is connected to the global world while it has also been seen as a vital driver for promoting the diversification goals of an economy.

However, despite the various socio-economic reforms introduced in Nigeria to boost FDI, not much has been achieved by the successive governments in terms of FDI progress, the prominence of globalisation notwithstanding. In recent times, the rate at which multinationals are divesting from Nigeria has become a worrisome issue for the country. This is because foreign direct investments are highly vital to the success of any economy, irrespective of their level of economic development.

As at 2013, Nigeria used to be the number one investment destination as foreigners from all over the world were willing to take advantage of the country’s thriving business environment and huge population base, which will be a major indicator of a good market base.

However, from 2014 to 2021, Nigeria has experienced a drop in its FDI to less than one percent due to its unfriendly investment climate amidst different series of economic recession, which began majorly as a result of the fall in international oil prices in 2014. Presently, three African countries, namely Egypt, Ghana and Congo, all of which have comparatively smaller economies, have a higher FDI inflow ranking than Nigeria.

In 2020, a research report by the World Bank on the ease of doing business ranked Ghana 118th while Nigeria ranked 131st out of 190 countries under consideration. It should also be noted that between 1999, when the country became democratic, and 2013, Nigeria’s FDI to its GDP was never below one percent.

In recent times, Ghana, whose economy is seven times smaller than that of Nigeria, has been considered a better option to Nigeria because it is providing some incentives for its major investors, ranging from tax holidays to access to free land, while also providing a more liberal business environment for them.

According to a report by PwC, Ghana has been the centre of attraction for most investors as a result of its improved macroeconomic conditions and political stability.

Presently, there are several media reports that Nigeria’s major international oil companies, notably Royal Dutch Shell and ExxonMobil, are selling some of their assets in Nigeria on the account that they want to divest their investment base to a cleaner energy.

In the words of Mele Kyari, the group managing director of NNPC, “Oil companies are leaving because they want to shift their portfolios to where they can add value and also add to the journey towards carbon net-zero commitment.”

This means a country like Nigeria, whose economy hinges on the proceeds from crude oil exploration, might be faced with more economic burdens due to its highly specialised economic structure.

In 2020, Shoprite was not left out of the shocking effect of the pandemic as the company declared to have witnessed a sales decline of 1.4 percent. Shoprite had successfully employed over 2,000 people directly and contributed over 17,000 jobs indirectly, which means that while the relationship lasted, the South-African company bridged the gap of unemployment in its own way.

Nearly 16 years after its sales operation in Nigeria, the South African retail outlet entered into a franchise agreement with Nigeria’s Ketron Investment at an undisclosed price over its reduction in sales growth.

According to the BBC’s report on the exit of Shoprite from Nigeria, “Shoprite’s failure in Nigeria is not surprising as the shiny shopping malls with escalators where its outlets are located are more popular for taking pictures than actual shopping.

The same analysis reported that one of the most important reasons why Shoprite failed in Nigeria is because many Nigerians are of the lower class as a result of high rate of poverty and unemployment; therefore they do not have the financial capacity to spend at Shoprite. According to the BBC, “consumers here want quality service but they want it on the cheap.”

On the other hand, Reuters, one of the world’s largest multimedia news providers, revealed that Shoprite exited Nigeria on the basis of inflationary pressure, unstable exchange rate system and high import duties. Tiger Brands, which is also a South African business, entered the Nigerian market in the year 2010.

However, the company reached an agreement to sell 49 percent of its UAC stake to Nigeria’s UAC Foods Limited. It should be noted that Tiger Brands had earlier purchased a stake of 67.5 percent in Dangote Flour Mills, but it sold the stake back to Dangote Flour Mills three years after.

A report by CNBC Africa attributed Tiger Brands’ exit to the inability of the company to understand the complications of the Nigerian market. The report said, “Jolly Jus and Benny are the only Tiger names left in Nigeria; a country surely the South African company wants to forget.”

Why multinationals are divesting from Nigeria? Apart from the case studies above, so many multinationals have preferred Ghana as the better choice or their investment destination despite the fact that Nigeria is their major market.

For instance, Twitter established its presence in Ghana amidst the allegation that the popular media platform was fuelling hate speech. The decision by the Nigerian government to ban Twitter in 2021 generated a lot of negative reactions on the basis that freedom of speech is a fundamental human right under the Nigerian constitution.

Meanwhile, a publication by Proshare revealed that other companies planning to leave Nigeria include Dunlop, Patterson Zochonis, Cadbury, Unilever and the International Institute of Tropical Agriculture. According to Proshare, the current situation of the country is still a litmus test if the government fails to come up with concrete economic agenda to salvage the investment climate of the country, especially on the grounds of the issues identified below:

Even though Nigeria can boast of a huge amount of natural and human resources, its potential has remained largely untapped due to its low level of infrastructural development.

Since Independence, the level of power supply in Nigeria has been considerably low despite the huge amount of budget that has been allocated to capital projects overtime. Nigeria presently has 12,522MW of installed capacity and about 85 million Nigerians do not have access to power as at 2021.

According to the African Infrastructure Development Index of the African Development Bank, Nigeria ranks 24 out of the 54 African countries under consideration. It still appears a mystery how the state of infrastructural development still remains a major challenge for the giant of Africa despite all interventions by successive administrations.

In 2019, the current administration decided to adopt some protectionism measures in a bid to encourage domestic production, starting with the closure of its land borders.

Although the borders have been re-opened, other protectionism measures such as restriction of import quotas, limited access to foreign currencies, and increased trade tariff still remain at large. It is therefore no exaggeration to say that Nigeria is still under the influence of conservative economic policies.

Even after the import restrictions have been lifted, the spillover effects of the border closure have refused to fade away. The policy led to an increased rate of inflation in the commodity market as local producers have not been able to meet up with the huge level of domestic demand.

The average inflation rate for the year 2021 rose to about 16 percent as against 11.02 percent prior to the period of border closure. Although the rate of inflation dropped to 15.60 percent in the early days of 2022, the recent fuel scarcity saga, which occurred as a result of the importation of adulterated fuel, triggered Nigeria’s inflation rate to 15.70 percent.

A report by Brookings in 2018 declared Nigeria as the poverty capital of the world as close to half of its total population lived below the international poverty line.

This implies that the large chunks of revenue generated from the proceeds of crude oil sales have not reflected in the standard of living of its citizens.

While FDIs will be a good avenue for the reduction of poverty and unemployment, the same direction of relationship cannot be said when the situation is reversed.

This implies that profit on investment will be relatively small in a country where the majority of its people are poor because many people might not be able to afford what the multinational companies have produced in that particular economy, therefore they would want to go elsewhere to a comparatively richer economy.

It is therefore not a misplaced point to conclude that one of the major reasons why some multinationals are forced to divest from Nigeria is due to its high poverty rate.

Read also: Ghana at 65 and lessons for big brother Nigeria

The issue of insecurity in Nigeria has remained a major bone of contention and a major obstacle to attaining its developmental goals. Despite the claim of the Nigerian government to be winning the war against terrorism and insecurity, statistical evidences provided by credible reports says otherwise.

For instance, a report by the World Population Review ranked Nigeria as one of the most dangerous countries in the world. A security report published by Forbes said, “Topping the list of the most dangerous places to live is Brazil with South Africa coming in as the second worst place, followed by Nigeria.”

Presently, the issue of insecurity has gone past just kidnapping and armed robbery; it has also extended to terrorism, banditry, militancy and the like.

The trend of divestment away from Nigeria can only point to the fact that investors can no longer be wooed into a particular country based on the size of its GDP or huge population.

Investors would more likely invest in a country where their lives and properties are more secured and where they are most likely to get access to a better infrastructure and financial liquidity.

The COVID-19 pandemic has caused many changes in the business landscape across various countries, consequently leading to reduced standard of living as a result of high unemployment and poverty rates. The only way the country can easily recover is to make more economically friendly policies that potential investors will find attractive.

Furthermore, the reduction of bureaucratic protocols will play a significant role in facilitating easy access to loan facilities.

This can be achieved if government can invest in the digitisation of the funding process, so that bottlenecks can be reduced to the barest minimum while government will also need to double down on its anti-crime strategies because no potential investor would want to risk his or her life in the process of investing in Nigeria.