What has age got to do with tertiary education admission? 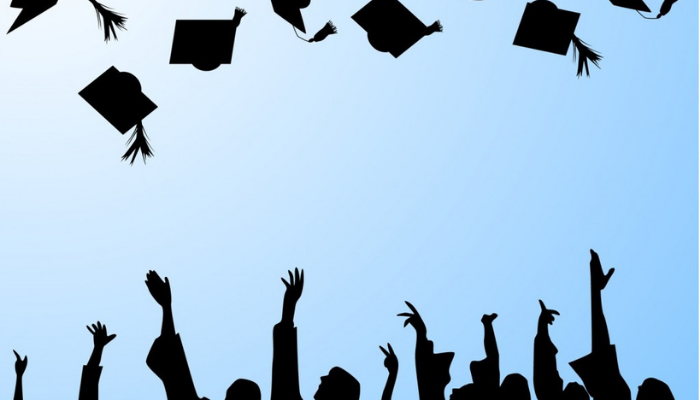 The story of Joshua Beckford, a six-year-old child known as the smartest child on earth is a good lesson to Nigerian education policymakers.

At the age of six, Beckford was and still is the youngest child in the world to attend the prestigious University of Oxford in England. The record has it that the young lad excels at science, mathematics, history, and foreign languages. And that he is already writing a book.

In the face of this development, some Nigerian education stakeholders have begun to query the Senate’s move in 2021 to amend the law establishing the Joint Admissions and Matriculation Board (JAMB) to limit the age of writing the Unified Tertiary Matriculation Examination (UTME) to 16 years.

They argued that the National Policy on Education (NPE) is a policy formulated by the federal government to promote quality education among its citizens irrespective of age, and that injecting an age limit to the policy amounts to arresting the advancement of these children.

Besides, some of the stakeholders argue that if leadership and success in life is not based on age, why would the policy makers peg admission age into higher institutions in Nigeria? “If Pele and Mbappe could play and win World Cups at the age of 17 and 19 respectively, in the midst of footballers far older than them, why then should admission into schools be pegged on age?

Friday Erhabor, the director of media and strategy at Markelenz Limited argues that the 16 year age limit to gaining admission into Nigeria tertiary institutions is not necessary, rather the policy makers should be concerned on how to make the learning environment at the tertiary education sector comfortable for the students to learn.

“There are some students that are exceptionally gifted, and in some cases, they are given double promotion. You cannot arrest their advancement on the basis of age.

“That is not what we want in our education. Provide a good platform for education to thrive and allow people to express their brain and intellect without any age restrictions,” he said.

For Ifeoluwa Ogunrinola, a university don based in Canada believes that the 16 year age limit for entry into higher institutions in Nigeria should be worrisome.

“Many youngsters have proven that early enrollment into institutions of higher learning can be beneficial especially when the school management prioritizes discipline and learning as fundamental elements of higher degree attainment.

“Usually, younger folks have the tendency to take corrections and mentoring more easily, learn faster and grow better than their much older counterparts.

“While I may not have a preference for an ideal entry age, I generally believe that the younger a student commences higher education, the better it is for such a person,” he said.

According to her, “Age should not be made a determining factor for a child seeking admission in Nigerian schools.

This will be counter-productive in the long run.” Speaking further on this, she noted that it will negatively affect a child’s competitive drive in life. If a child could academically do better than those who are older than him, then, it simply suggests he is equal to the task,” she argued.

Read also: Antonio Guterres is correct: Only total transformation can save failing education

However, Stanley Alaubi, a lecturer at the University of Port Harcourt believes that 16 year age is an ideal age for a child to enter higher institutions.

“Following the growth of children and early childhood education, this is a maturity period for teenagers to go to higher institutions in equilibrium with age. I subscribe to age 16 as an ideal age for tertiary education admission,” he said.

Similarly, Elizabeth Ohaka, an early childhood education specialist sees the policy regulating the age qualifications for children seeking admission into various academic levels in Nigeria as a right step in a right direction.

“A child who is going into a university where he or she would have to stay away from parental guidance for some months should be able to handle some issues such as personal hygiene, washing and ironing his or her dresses, among others on his or her own. The child should be mature enough, at least to the extent of being able to face challenges on his own,” she said.

Besides, Ohaka stated that education training takes into consideration a child’s physical, emotional, social and intellectual maturity because it is a holistic affair, where the child’s ability to relate with others around him is as important as his ability to manage academic stresses.

“Many people erroneously look at education of a child myopically from the intelligent point of view; disregarding the other aspects, hence, damaging the total development of a child,” she noted.

Taiwo Oloyede, a non-academic staff at the University of Lagos (UNILAG), in a chat with BusinessDay made it clear that the institution follows the 16 year age limit guideline strictly to the letter.

“No child under the age of 16 is admitted in UNILAG, no matter the child’s score in JAMB and post UTME. This is a directive from the National University Commission (NUC), and it is expected that all universities should abide by this rule.

“Going by this guideline, we in UNILAG ensure that every candidate for admission must at least be up to 16year of age in October of the very year. And this has been our standard for more than a decade now,” she said.

Furthermore, Oloyede explained that age is very important in university education because a student coming into the university system should be mature enough to be able to cope with academic pressures outside the home-front.

She noted that parents sometimes try to sabotage this policy but that UNILAG will continually resist such unhealthy moves. On the other hand, she explained that age is sometimes a thing of the mind however objectively speaking; she said a child should be old enough to pursue academic glories at tertiary level; and reiterated that any child less than 16 years is not mature enough for the educational challenges obtainable in tertiary institutions.

“An under aged child in the university can easily be influenced by bad groups. A 16 year old child has a mind of his own and can stay on his own, that is, be an independent person outside the home-front,” she said.

The 16 years age admission benchmark policy even without legal backing has become the standard for some universities in Nigeria, even though some higher institutions are breaking away from the norm to admit children below the stipulated age.

Some experts argue that admitting students below the approved age could lead to stress and mental instability. Some of these experts said some of the students are just not equal to the multi-tasking nature of life in higher institutions.

Yusuf Akinwale shared his experience while in the university, how a student went mad because his mental capacity was unable to assimilate what he was learning, besides the stress of campus life which he was not used to before gaining admission into the university.

“It is not advisable for parents to allow their children who are below 16 years to get into the university even though such children may be brilliant,” he said.

He reiterated that most parents, who indulge into such acts, do so not necessarily because they want to cheat but out of their desire to see their children excel in life.

“I want the best for my children. Most parents really want their children to get done with education early in life, get a job where available and get married in time as well,” he noted.

However, he encouraged parents with brilliant children who are under age for higher education admission to engage with some other things such as vocational training for skill acquisitions to curb juvenile delinquencies and other associated crimes.

“It is a proven fact that an idle mind is the devil’s workshop so parents must keep their children mentally alert by enrolling them into skill acquisition programmes while awaiting their higher education admission,” he said.