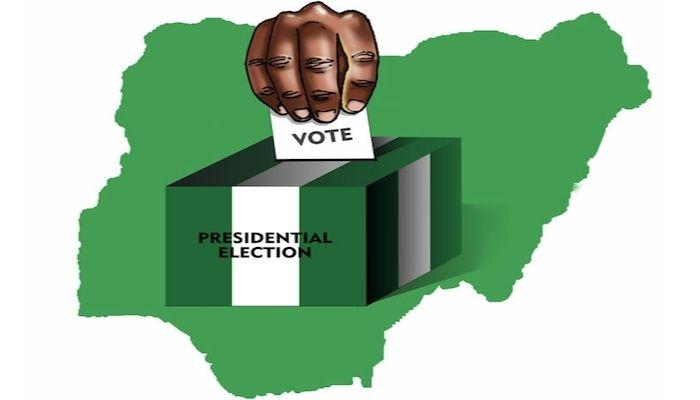 As the country prepares for the 2023 general elections, politicians will give permutations that put their candidates and party ahead of others. They believe their understanding of the different constituencies and demographics is nearly unassailable. One constituency that is growing but political parties pay little attention to is the community of undecided voters.

In this forthcoming 2023 election, where especially in the presidential election, there seems to be a three-horse race that has polarised the nation and forced some even to predict a run-off election, the importance of undecided voters is evident. All parties are campaigning not only to galvanize their bases but also to woo undecided, swing, and floating voters to support their sides. Whether undecided voters are receptive to campaigns and how they end up voting—if they turn out at all—often proves pivotal in deciding elections.

Recent polls show that there are high number of registered voters who are undecided. ANAP foundation commissioned an opinion poll released in September 2022 that has this to say about undecided voters; “Undecided voters and those who prefer not to reveal their preferred candidate add up to a whopping 32% and 15%, respectively”. ANAP’s poll findings are corroborated by the results of another poll conducted by Bloomberg News in the same month of September, which suggest that the percentage of undecided voters is around 17 to 45% depending on whether you add those who refuse to reveal their candidate of choice or not. Yet other data from NexTier poll conducted among rural-based voters in 12 states further suggest that 19.8% of voters or one-fifth of voters polled are yet to make up their minds. The reasonable inference to draw from these three credible polls is that undecided voters may turn out to be the underrated decider of the direction the pendulum of the 2023 elections will swing.

Campaigns are less issue-based and often target the electorate based on ethnic, urban-rural dichotomy or religious sentiments, which heats the polity and fans the embers of our fault lines as a country

In ordinary parlance and applicable in other climes, undecided voters are not sentimentally attached to any political party, have not decided whom to vote for in the elections or are politically inactive. In the Nigerian context, it means this and more. It includes those disillusioned with the current system, structures and actors, who are not convinced that parties and candidates are in no material way different from the current leaders. This group hardly votes, and when they do, they tend to vote for anti-establishment parties or candidates that offer them hope of changing or overhauling the current political orthodoxy.

Also, it includes professionals and first-time voters with no ethnic bias, who prefer to objectively analyse the country’s situation and choose the candidate they believe best represents their idea of the ideal. This group are not bugged down with party affiliations and ethnoreligious bias. They are young, urban, and dynamic. Although not very politically astute, they are interested in influencing governance through their votes, and any candidate or party that convinces them that they share similar values and aspirations wins their votes.

Besides, it also includes a nuanced group that is peculiarly Nigerian, and they wait for money, patronage and clientelism as the desideratum and inducement for choosing whom to vote for. Unfortunately, this group is substantial because of the economic situation in the country and past experiences with politicians.

This divergent categorization of undecided voters makes it very difficult for campaigners to target them effectively and influence their voting decision. It is often difficult to simultaneously narrow core issues of interest to various undecided voters. Identifying their core “hunger” tip them towards voting at the election and voting for a particular candidate or party. We are noticing in the election campaign, especially the presidential election campaigns, that no candidate has made them a core electoral group to target, and we have yet to see any campaign strategy that aims to convert votes from this political demographic.

Campaigns are less issue-based and often target the electorate based on ethnic, urban-rural dichotomy or religious sentiments, which heats the polity and fans the embers of our fault lines as a country. I am bold to say that such trivializing of campaign messages because of intemperate languages and innuendos has alienated more voters, and more are yet to make up their minds on whom to vote for because they are not adequately informed about candidates’ policy thrust and ideologies to make decisions as to who to vote or not.

What do these undecided voters want?

What undecided voters want to make up their minds to participate in voting and decide whom to vote for is simple, depending on what is making them undecided. For undecided voters waiting for good campaign information on issues facing the country and possible solutions from all candidates to make up their minds, they need vital information and a clear roadmap on how candidates intend to tackle challenges facing the country. Unfortunately, more is required to cover most undecided voters sufficiently. Unfortunately, some undecided voters can only vote for someone because of clear direction from their political patrons and leaders who decide whom to vote.

These leaders either use loyalty to group interest , monetary enticement or political patronage to influence their choice. This is dangerous for our democracy. The physical manifestation of this phenomenon is seen in the vote-buying exercise. And this has become the bane of our elections. When vote buying happens, the voter has sold their inalienable franchise to a candidate irrespective of the candidate’s pedigree, leadership experience, and an understanding of the country’s problems and how to solve them. INEC, in collaboration with the federal government and other stakeholders, to minimize, if not wholly eradicate, vote buying in the 2023 elections.

Election is a game of number. The higher the number of votes a candidate wins, the better the candidate’s electoral fortunes. Undecided voters, when converted, give the candidate the extra votes he needs to win the election. This is especially important in a tight race where the vote margins for victory are so small. The 2023 general elections promise to be a tight race given our political realities, especially the nature and calibre of the presidential candidates of the major political parties. This is the first time in this democratic dispensation that the presidential candidates of the three major parties are from the major ethnic groups in Nigeria.

Read also: Explainer: How Labour Party and volunteers are cleaning up voters register

This is also the first time in this dispensation that a Muslim-Muslim ticket emerged. This has made this election, as seen in the campaign so far, an ethnoreligious contest and candidates are not helping matters because they are resorting to ethnicity and religion for political advantages. However, the undecided voters, with substantial margins of about 20-30% are still undecided. Any candidate that gets most of the 30 per cent undecided voter’s votes may win the election.

The importance of undecided votes is evident in recent elections’ poor turnout. In the 2015 presidential elections, we had about 43.5% turnout, and the 2019 presidential elections had just about 34% turnout. Even in the recent off-cycle elections, the turnout is about 30%. With voter turnout hovering around 30-35%, serious engagement and mobilization of the undecided will swing victory to a candidate. Besides, INEC confirms that newly registered voters, most of them are political neophytes with no party affiliations, are about 9.5 million.

This number, when properly cultivated, may swing the votes to a candidate and lead him to victory at the polls. The sheer size of the undecided and newly registered voters mean it must be a gold mine for politicians in this election because, when properly harnessed, these votes will make the difference between winning and losing.

We expect that a significant number of voters will make up their minds during the campaign. So far, the campaigns could have been more impressive and the campaign could have been issue-based. The parties and candidates have at least 12 weeks to effectively woo these voters who may influence the outcome of the elections. They must develop real messages that speak to the concerns of those dissatisfied with the country’s current state of socio-economic conditions and provide credible alternative policy roadmap.

Key actors seeking votes must build trust by attracting credible voices to campaign for the parties and candidates, as jesters cannot impress the public that has suffered serial disappointments. Influencers and celebrities will help but will not be an alternative to well-thought-out policy messages. Grassroots mobilization strategies cannot be replaced by hysteria, fanfare, street parade or opponents’ abuse. Our politicians can afford to be more serious than they are currently doing. The current situation does not inspire much hope. Candidates and parties must make it a priority not to neglect undecided voters. They hold the key to victory in this tight race to Aso Rock.