Architecture is the art and science of designing buildings and some none building structures. Since it is an art, it would have different modes of expression. It is unfortunate that over the years many of the Nigerian Architects have been emulating the Caucasian designs. The advanced Asian countries like Japan, China, India, South Korea, Singapore and Taiwan, have managed to keep their cultural roots in design while adapting to technological advances in construction.

I want to dwell on the works of three African Architects that have made African concepts as their mantra in their major works until date. The Architects are David Adjaye, Francis Kere and Demas Nwoko.

David Adjaye was born in Tanzania to Ghanaian diplomats. He schooled in the UK. However, over the years, he has made it a point of view to study and investigate African Architecture through the breadth and width of the continent. His Opus Magnus – the Smithsonian National Museum of African American History and Culture in Washington, is has he described it as a project that comes round for an Architect in his career once quarter of a century. One wonders if he can do another project bigger than this in terms of impact.

During the Project, he went through a “blood bath”. There was a certain disagreement why a Ghanaian-British Architect should do a project of that importance in United States of America, when there were indigenous Afro American Architects. It took the intervention of Collin Powell and Winfrey Oprah to get him through with it. President Barack Obama opened it in September 2016. The Museum has more than 40,000 objects in its collection, although only about 3,500 are in display.

The concept is an inverted step pyramid surrounded by a bronze scrim, which reflects a crown in Yoruba culture. The bronze scrim was a reflection of historic iron grilles found in Afro American communities.
Other notable buildings he has done include the Alara Concept Store, Ruby City, Dirty House and Moscow School of Management. 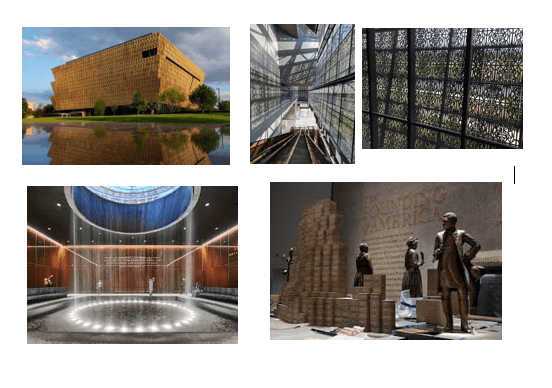 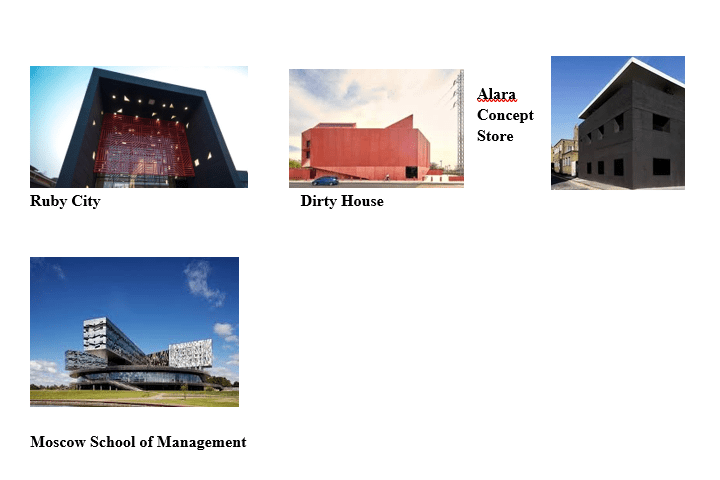 Francis Kere was born in Gando, Burkina Faso. While in university, he established the Kere Foundation. He founded Kere Architecture in 2005. He has been recognized both nationally and internationally. His first building – The Gando Primary School – won him the Aga Khan Award for Architecture in 2004. He has done buildings in Burkina Faso, Mali, Germany, United States, Kenya and Uganda. In 2017, he designed the Serpentine Pavilion in London.

He has made sustainability his watchword. He has done many buildings in Gando, employing local artisanship with low-tech construction methods to create fascinating structures.

In most of his buildings in Gando, he makes use of brick, concrete and aluminum roofing sheet with space between it and the roof as an envelope to shield against the solar radiation.

Demas Nwoko
The most interesting Architect in Nigeria is Demas Nwoko, who is actually an artist, designer and master builder. He was born in 1935 in Idumuje Ugboko in present day Delta State, Nigeria.

He studied fine arts at the College of Arts, Science and Technology in 1956. In 1962, he got a scholarship from the Congress of Cultural Freedom to study at the Centre Français du Theatre in Paris.

He is a member of the Zaria Rebels. He along with Yusuf Grillo, Emmanuel Odita, Simon Okeke, Uche Okeke, Bruce Onobrakpeya and Oseloka Osadebe redefined Art in Nigeria.

The prominent elements in his Architectural language is the use of the Impluvium, wind catchers, window screens; and convention air movement through low and high window openings as well as high pitch roofs.

Since he is an artist, most of the building elements are sculptures. One can see how African Art meets Architecture. John Godwin OBE and Gillian Hopwood had written a book on him, which outlines his architectural works.

His most notable architectural works are the Dominican Monastery in Ibadan and the Oba Akenzua Theatre in Benin City.