The enemy has a vote 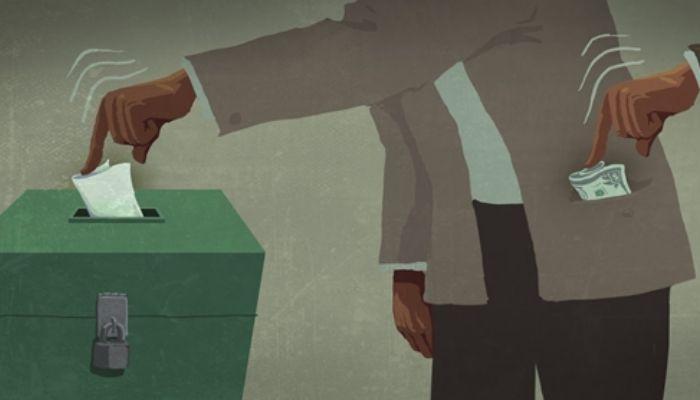 The military often uses the phrase, “The enemy has a vote” when planning operations. Military operational planners try to ensure that as they plan major campaigns and measure different parameters on the battlefield, they put into consideration what the enemy wants to do and counter it.

If you are able to understand what your enemy’s viewpoint is, it would be easy to effectively strategise on what to do next or counter your enemy’s plan. In everything that we do, if we are not able to counter the enemy’s plan or visualise what they are about to do, then most likely such plans would fail.

As Nigerians would be going to the poll and evaluating their executive and legislative representatives, they must not forget that the number one problem currently facing the country is security

However, in this case, I want to use, “the enemy has a vote” in a different context. This phrase would be used in the context of Nigeria’s current election cycle. In this election cycle, the enemy of the state has a vote. There are different ways that I could dissect this context.

As Nigerians would be going to the poll and evaluating their executive and legislative representatives, they must not forget that the number one problem currently facing the country is security. Although there are tertiary or secondary issues, if the primary issue is fixed then we’re off to a good start.

Issues like poverty, economic inequality, and wealth gap are secondary and contribute to what we know as the enemy of the state, security still tops the list.

As we continue to evaluate our candidates and determine who the next president will be, it is necessary to consider or evaluate the things that each candidate would do to make the country secure.

We need to evaluate several factors before determining who’s a good fit. In the past, having a military background has been a prerequisite for anyone who was going to take the reins as the commander-in-chief because it was deemed important for the president to understand the role of the military in ensuring security, replacing weak security agencies and understanding how to deploy military assets. Clearly, this plan has failed.

As Nigerians, we have to make sure that in order to subdue the “enemy”, we need to vote for a candidate that has our best interests at heart. The candidate should have the capability to understand the nuances that surround Nigeria’s insecurity. The right candidate must have plans to ensure Nigeria comes to terms with its vulnerabilities and ineptitudes.

Another vote the enemy has is fear. It is correct that different aspirants have drawn their manifesto and many Nigerians are getting excited about their preferred candidates.

While this is great, we need to realise that the enemy can pull out its number one tactic and prevent citizens from voting. That tactic is fear.

When fear is instilled into the election cycle there will be fewer people turning out to vote. When this happens, the enemy wins and Nigeria loses. It is important to understand this tactic and work on combating it.

Two situations have shown the length to which the enemy of Nigeria is willing to go to instil fear. Let’s use the Kuje prison raid as a prime example. If the prisoners are not caught there is a high possibility they’d return to their old ways, they may even be used to disrupt elections.

Many citizens will also be unwilling to participate in the elections if there is no guarantee that such incidents won’t happen again. If this happens, the negative cycle continues.

How do we combat the terrorists you may ask? By understanding their strengths and weaknesses. For example, it is clear that these terrorists are not strong with their tactics but very particular about scouting.

Many times they spend hours during their operations, the only reason they are confident enough to do this is that they have scouted the area thoroughly. They understand that if they strike in a particular location, no form of help can come until they are done.

For terrorists to scout a location they stay in the community for a long time and understand the operations there. To counter this, it is important for citizens to speak up when they see anything strange. Report strange people or activities to security operatives, and post on social media. Don’t keep quiet.

I know it can get tiring but this is our only chance to counter the enemy. Remember that the enemy of Nigeria does not sleep, we cannot afford to slack.