The COVID-19 impact on the youth: Analysis, trends and insight 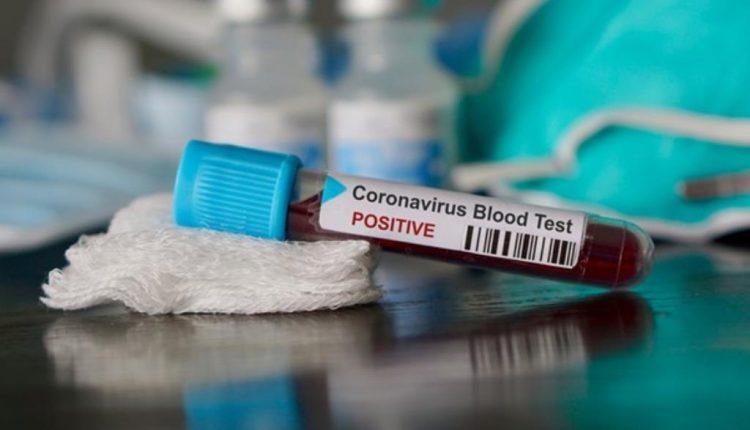 Since the intrusive arrival on earth of the infamous and unwanted visitor – the malevolent Coronavirus, more popularly known as COVID-19; life as lived before has not and certainly can never be the same again.

It started in December 2019, as some sort of incident of infection broke out in the city of Wuhan in faraway China. Some theories about what really is happening began to filter out. Conspiracy theories. There was a suggestion that it was an accidental breakout from a science and research laboratory. Another postulated high-level espionage and biological weapons; yet another linked it to advance in communications technology, precisely the superfast 5G-network innovation. However, experts in science and medicine insisted it was an endemic breakout of a new strain of the Coronavirus that had lived with man for ages.

Suddenly, what appeared to rest of the world as a localised endemic in a province of China, grew some virulent wings ‘overnight’ and by the first quarter of 2020 had fostered itself on almost all the nations across the face of the known world; mutating in a most fearful manner to a global pandemic.

Governments began to react to this state of emergency that had foisted itself so swiftly and without warning. Affected cities were put under total lockdown and infected persons quarantined. There was panic and fear especially as there was no known treatment or one that could be developed quickly in response. In a jiffy, life had come to halt on all continents – government offices, businesses, and workplaces, recreation centres, schools, markets; name it, was shut down. Life moved, impromptu, into a totally disruptive and full lockdown in days. A new kind of war was on.

The youth population, largely from the Gen XYZ appears to have been caught, and heavily so, in the impact of this new phenomena. Gen X refers to those within the ages of 38 -56 years. Gen Y, also known as “millennials”, 24 – 37 and Gen Z, the 16-23 year olds. With family life disrupted and economic pressure mounting due to inability to go to work or carry out business activities; coupled with the uncertainty of when and if life will go back to normal; days rolling into weeks and week into months, a “new normal began to emerge”.

Behavioural patterns and lifestyle took on a different shape with Gen XYZ, generally and in more specific ways that are positive and not so positive.

The first obvious impact was the severe restriction on the movement of an otherwise very mobile, ‘up and about’ people. Suddenly, you could not as much as step out of your home, at best your street. No visiting or visitors even amongst friends and neighbours. The only excuse to leave home was to get the now scarce food, grocery and household essentials. Initially, it was an opportunity for families to bond and finally spend the ever-elusive time together. However, in some cases, restlessness and irritation began to create tension, as it seemed everyone was cramped into a space for too long. To some, it was like prison.

Second is the economic pressure. Business activities and work had literally shut down except for those, whose manner of occupation afforded them the fortune of being able to work from home. Consequently, incomes dropped or in some cases ceased altogether. Savings were depleting fast and for those who had not subscribed to electronic/digital banking, they could not access their funds – banks had also shut their doors.

Third and very critical is the disruption of the educational calendar and of course the education of those in school. The unpredictability of when school will resume, brought anxiety to many, leaving them with a sense of stagnation and being cut off from their usual circle of relationship. Some educational institutions initiated online schooling to carry on as much academic work that was possible. Zoom, MS Team and other applications were deployed.

According to the United Nations Department of Economic and Social Affairs Youth (UNDESA) “The majority of students in our educational institutions today are from Generation Z, a generation that has grown up in a truly globalised world. This generation, the oldest of whom are now 25 years old, is likely to be reflecting on their education as a result of a truly global pandemic, with many facing cancelled exams, sporting events and even graduation.

This generation is denied by technology, where the terms FOBA (Fear of Being Alone) and FOMO (Fear of Missing Out) express their expectation of instant communication and feedback – effected through apps like Instant Messenger, Snapchat and WhatsApp. That includes from parents and educators, something being amplified with the current remote learning.” Parents and guardians are equally bothered as some fees had been paid, in some instance loans, and they are now not sure how that plays out if and when schools resume.

The impact of all highlighted above, on the psyche and mental wellness of the society, is still being studied. A trend that was also observed was an increase in sexual activities and the use of recreational drugs amongst young people. This emanated from the excessive amount of idle time and the resultant boredom. A good number of young adults, either in the upscale-gated residential estates or the densely populated slums, increased their indulgence in these practices in what appears to be a coping mechanism in the face of circumstances the pandemic had thrown up.

As the government and people of different nations work together to find solutions, Gen XYZ has an opportunity and indeed the responsibility to seize the moment to shape our “new normal”. The best way to own the future is to create it

Humans, being versatile and able to adapt, are evolving new ways to live and make the most of the prevalent situation. There are reports of Gen XYZ volunteering and collaborating with the government and non-governmental sector on initiatives to support their communities such as distributing food, medicine and supplies to the vulnerable. Some are developing new technological solutions to fight the pandemic.

Furthermore, the pandemic scenario shaping the life of Gen XYZ is the area of digital media and general online behaviour. The forced stay at home has resulted in the generation under discourse having more time to consume, create and contribute more content online. According to preliminary studies and observations, overall Internet usage has gone up. Socialising and work are being reshaped as our new normal and primary method for connecting, consuming and commerce is now digital. Meetings, even concerts are held on line. As a fact, engineers at Zoom are reportedly stretched, having to expand capacity rapidly, installing new servers by the minute to accommodate the surge in the demand for their video conferencing service.

The young like to entertain themselves by playing games on their mobiles and computers. According to a survey conducted by Visual Capitalist on 4000 people, aged 16 – 64, in the United Kingdom and the United States of America; more than 50 percent of Gen Z are consuming significantly more online video than before COVID-19; 80 percent also consumed more content – broadcast TV and online videos (YouTube and TikTok being primary mediums across generations)

Also reported is the increased interest in news by a generation who ordinarily were more focused on entertainment and necessary academic or income related content. This is fuelled by the need to be informed and gain some measure of certainty and assurance on the situation and the direction it is heading.

For the business minded and entrepreneurial ones, there are increased opportunities for smart market engaging content. Visual Concept also reported that there is a lower demand for paid adverts on Facebook; increased performance for organic content and decreased Click Per Minute rate. As a result, businesses/brands with a budget can take advantage of lower cost to increase their reach.

In conclusion, while luxury goods, fashion and apparels, outdoor activities, restaurants, lounges, gyms, bars etc. may be having challenges at the moment, a lot is happening and increasingly so in other sectors. Digital streaming, health and safety products, shelf stable goods, food and beverage, and take away services have spiked in demand. We might be going through restrictive living occasioned by the war against this novel pandemic as a global village; the amazing capacity of humans to adapt and innovate will make true the old saying that “necessity is the mother of inventions”.

As the government and people of different nations work together to find solutions, Gen XYZ has an opportunity and indeed the responsibility to seize the moment to shape our “new normal”. The best way to own the future is to create it.

Iyiola is the COO, 7Edge LLC