The COVID-19: challenges and opportunities in Nigeria’s Oil and Gas Industry 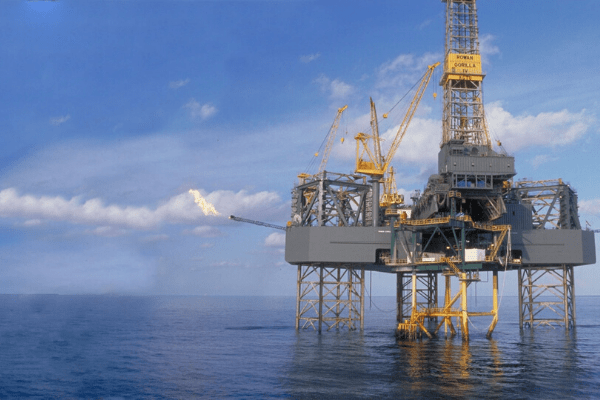 One of the consequences of the COVID-19 pandemic is the global fall in community prices, especially oil and gas as a result of business stoppages and lockdown across the world. In the second week of April, oil prices slumped to arguably its lowest rate in history – $25 from $56 in February. The repercussions of this for the political economy and national revenues for oil dependent economies such as Nigeria are enormous. With poor demand for oil, marketing of oil has largely been deferred and revenue streams have collapsed creating balance of payment challenges and deep holes in public revenues. There is increasing concern on how these countries will be able to fund their budgets and respond to the public health challenges and economic recession triggered by the pandemic.

In the short term, the Nigerian government like most governments across the world has resorted to significant cuts in planned government expenditure and mobilisation of alternative sources of revenue through the review of the 2020 budget, massive withdrawal from the Sovereign Wealth Fund, strengthening mechanisms for non-oil revenue streams and large-scale medium to long -term borrowings and debt rescheduling. Other measures taken to cushion the effects of slump in oil revenues include drawing on the countries reserve on the International Monetary Fund (IMF) and applying more pressure for the repatriation of looted funds domiciled in overseas banks.

Since the projections are that the global oil price is unlikely to experience any significant recovery in 2020, the government of Nigeria will be looking to further rationalise expenditure and harness revenues. While renewed focus on economic diversification is imperative and attractive, ensuring the oil and gas sector is stable should be a priority since oil revenues would remain a significant stabiliser in the short term. This has implications for policy toward the oil producing region. Public policy should therefore be deployed in ways that minimise disruptions in oil production and ipso facto prevent further loss of revenues.

Effective and conflict sensitive policy toward the region of oil production is critical because the COVID-19 pandemic induced crisis is coming at a time when a number of factors are likely to undermine extant stability in the region. First, is the persistence of perceptions that the cocktail of benefit instruments adopted and implemented by the Federal Government over the past two decades have failed to ensure that communities maximally benefit from oil production and revenues. According to the 2019 Benchmarking Exercise Report (BER) of the Nigeria Natural Resource Charter (NNRC), the implementation of the 13 percent derivation revenues, the Niger Delta Development Commission (NDDC), The Ministry of Niger Delta Affairs and the Presidential Amnesty Programme (PAP) have not significantly contributed to reduction of widespread grievance of neglect and dispossession held against the Nigerian state.

The biannual assessment therefore concluded that industry rating on local impact remains dismal. Developments such as the expected reforms of the Petroleum Industry Governance Bill (PIGB), Petroleum Host Community Development Bill (PHCDB) and the amendment of the National Oil Spill Detection and Response Agency (NOSDRA); that were expected to enhance stakeholder benefits through improved participation and more effective response to environmental degradation have not been consummated.

Second, is the cloud of uncertainty that hangs on the fate of some of the aforementioned federal initiatives notably the NDDC and the PAP. While the NDDC is undergoing forensic audit initiated by the Nigerian president, the PAP is being reviewed and currently has no head. Both initiatives have not unexpectedly generated heated debates bothering both on the intentions and modalities of the reform measures. While stakeholders in the region admit of the reality of some transparency and accountability deficits in the operations of the NDDC and PAP, like other national institutions, they equally recognise their contributions to enhancing stability in the region. They worry that the advertised reforms may eventually become ruses for de-establishment of these institutions. These concerns may likely increase with the announcement that the president has approved the implementation of the recommendations of the Oronsaye Panel of 2014 on restructuring and rationalisation of federal agencies, commission and parastatals.

Third, is the concern of the place of local interests in the planned/ongoing reform of liberalisation, disinvestment and privatisation of oil assets in the region through such policies as licensing of modular refineries, sale of onshore holdings by international oil companies (IOCs) and sale of refineries owned and managed by the Nigerian National Petroleum Corporation (NNPC).

Since these and other developments have implications for the stability in the region, they should be factored in the response to COVID-19 pandemic. Public policy should be based on the recognition that falling oil demand and prices are likely to impinge on the share of revenue accruing to oil producing states from derivation. Thus, there is need to avoid a re-enactment of kneejerk reaction to previous gluts such as the epochal recession of the late 70s early 80s when the revenue allocation formula was reviewed and left oil producing states with reduced revenues from derivation. Apart from retention of the derivation formula, other mechanisms for federal transfers such as the NDDC and Ministry of Niger Delta Affairs should be strengthened through ring-fencing of their budgets from major cuts in public expenditure. In addition, the region should not be left out of federally administered stimulus packages for revamp of the economy and protection of jobs as well as initiatives aimed at cushioning the corrosive effect of COVID-19 on livelihoods.

There is need to speed up the review of the PAP and end uncertainty and speculations, including that published in the media about the appointment of a presidential adviser from outside the region to head the agency. Given the unforeseen longevity of the PAP, the reform should essentially aim to develop an exit strategy for gradual withdrawal of the presidency in the management of the initiative. Management of the final phase of the initiative should be devolved to state and local authorities encouraging more local ownership and supervision. This would open up the space for the private, non-oil businesses and not-for-profit sectors to participate in/contribute to the programme. This broadening of participation will promote the integration of those trained on the programme and also boost acceptability of the programme by international actors. This is expedient for enhanced administrative efficiency as well as political efficacy.

The low demand for oil as a result of the COVID-19 pandemic could also translate into an opportunity for enactment of the PGIB and the amendment of the NOSDRA Act given the reduced stakes of vested interests. The Nigerian government should see this as an opportunity to perfect the PIGB that not only ensures deepened community stake but also attracts much needed but withheld investments in the industry. Similarly, the low prices of oil in the international market should be seen as an opportunity to develop local markets. The government has already taken the right steps to reduce pump prices and to initiate termination of the controversial subsidy regime. Alongside these laudable policies, low priced oil should be channelled to nurture modular refineries and petrochemical industries that generate multiplier effects in jobs and markets.

There is also opportunity to leverage on low demand for oil to push laws and initiatives required for addressing environmental degradation, notably gas flares. Apart from reducing health hazards and social grievance, innovative approaches to gas reinjection have potential multiplier effects on the local economy in oil producing areas.

Finally, government’s plan to implement the Oronsaye report would also offer opportunities for review and rationalisation of federally funded development agencies in the region. There is need to proceed sensitively and initiate broader stakeholder consultations to ensure that the emerging institutions are fit for purpose, based on the recognition of the division of powers between constituent units of the federation as enshrined in the constitution and avoid existing duplication of mandates.

Dr. Ukoha Ukiwo is of the University of Port Harcourt and member of the expert advisory panel of the Nigeria Natural Resource Charter (NNRC).

Oyo to light up hospitals, markets

The challenges of persons living with disabilities amid…