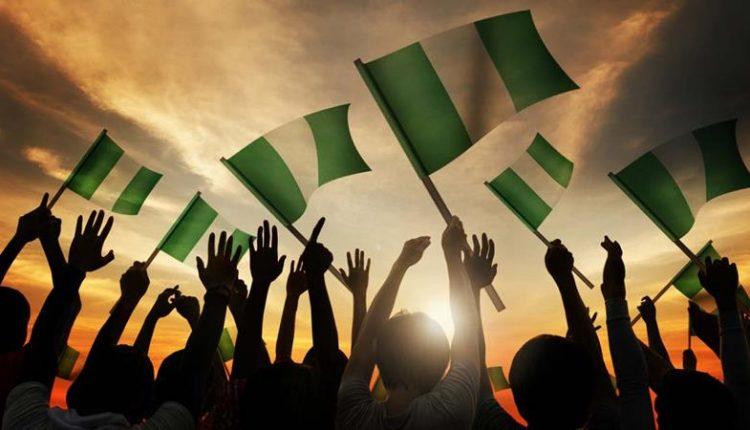 Nigeria’s return to democracy in 1999 heralded significant and comprehensive macroeconomic reforms which revivified the country’s yearning for industrial growth through several policies that were geared towards stimulating industrial restructuring. These policies include the establishment of the Bank of Industry in 2000; the 2003 Nigeria Industrial Policy; 2007 National Integrated Industrialisation Development; 2009 Industrial Park Development Strategy etc. The cities of Lagos, Kano, Aba and Port Harcourt were once christened “industrial cities”.

A cluster concept strategy of industrial growth was ineffectively experimented and phrases such as “the private sector as the engine of growth while the government facilitates and regulates investments” have been severally used. The country had aspired to promote indigenous entrepreneurship and utilise the venture capital financing strategy to drive industrial growth.

In this light, there was a proliferation of special economic zones (SEZs), industrial estates, Free Trade Zones (FTZs) and Export Processing Zones (EPZs) in every nook and cranny of the country. According to the Nigeria Export Processing Zones Authority (NEPZA), Nigeria has forty-one of such zones and estates at the moment under different ownership structures: federal government, state government, government and private sector. Of the forty-one zones, twenty-two zones were declared active and nineteen were inactive. However, of the twenty-two, the actuality remains that most of them are still in the first phase of development while only a few are operational such as the Lekki and Ogun-Guangdong Free Trade Zones. The non-operational zones have become white elephant projects, and others, at best abandoned.

Furthermore, it is noteworthy to mention that the NEPZA list excludes the most recent three: Enyimba Economic City, Funtua Cotton Cluster and Lekki Model Industrial Park. The agreement for their establishment was signed in early 2019, in a bid by the Buhari led government to re-launch SEZs as a special vehicle for improving manufacturing share of Gross Domestic Product (GDP), raise manufacturing share of export earnings and create jobs. In addition to these three, were eight other ones whose feasibility studies were being carried out across states. The announcement of the three pilots coincided with the launch of the Nigeria SEZ Investment Company Limited (NSEZCO), as a Public-Private Partnership initiative to develop new SEZs all over the country.

Understanding how Nigeria works, the signing of these new agreements signals a shift away from focusing on the existing ones or previously announced ones. If setting up a completely functional SEZ entails only signing agreements, issuing out licenses, visiting dedicated sites with media razzmatazz, cutting red ribbons and making policy statements, then Nigeria has nothing to worry about. However, setting up a functional SEZ requires so much more – it is a very expensive undertaking and involves careful and skilled planning, design, and management which should not be taken lightly.

It is also mind-boggling that without any previous success in managing an economic zone or industrial estate, Nigeria has more than forty of them, competing for scarce resources and with none of them functioning even at average. Factors that have affected the development and optimal functionality of the zones include problematic legal, regulatory and institutional frameworks; inadequate infrastructure; lack of policy consistency and failure of host governments to maintain commitments to zones; inadequate finances; and poor operational know-how for zone management. At the end of 2019, NEPZA threatened to revoke the licenses of inactive zones, amidst the challenge and failure surrounding land acquisition and resettlement issues in the zones. With financial resources wasted by investors, and the lands not being productively used for years, one wonders how the land-settlement/relinquishment would eventuate.

Broadly, zones and industrial estates are a geographically delineated area (usually physically secured), with central management or administration, that offers several benefits to investors, and with a separate customs area (duty-free benefits) and streamlined procedures. In most instances, they have a special regulatory regime, mostly liberal regarding issues such as foreign investment, labour and land use. They are normally serviced with efficient customs, fast-track licensing and registration, different tax regime, access to FOREX etc. often through “one-stop-shop” services. They also have better and more reliable on-site infrastructure like roads, power, and water, in comparison to the domestic economic environment, and fiscal incentives such as tax incentives and subsidies.

SEZs and industrial estates played a huge role in the development strides of several Asian countries especially China, Malaysia and Singapore, as regards job creation, foreign direct investment (FDI) attraction, export growth and contribution to GDP growth. In China for instance, as of 2010, SEZs contributed to 22 percent of national GDP, 60 percent of exports, 46 percent of FDI, and generated over 30 million jobs. This has made it more fashionable for developing countries, especially since the Washington Consensus reforms era.

SEZs are regarded as the best mechanism with which developing countries could selectively address conventional binding constraints (soft and hard infrastructure) to firms’ growth in their quest to attract foreign investments. They also address issues of bad governance, corruption, poor trade logistics, etc. On the flipside, they can also generate spillovers for emerging industries and private sectors through technology transfer, as well as on other sectors such as services through residential areas, shopping malls, accounting firms, recreational centres, haulage services etc. which would all have a positive effect on the overall economy.

This means that beyond signing agreements and making announcements, the Nigerian government must dedicate the adequate dosage of political will and seriousness to make SEZs/industrial estates optimally functional. Looking at Nigeria’s constraining business environment, as well as its limited financial resources and administrative capacity to address these firm-growth constraints, the SEZ phenomenon is amongst the few ways the country could improve manufacturing sector performance, industrialise and upgrade her exports. As such, to maximise the economic gains of SEZs, make the zones attractive to investors, as well as provide high-quality infrastructure and one-stop-shop services that are efficient and effective, Nigeria must first, start small.

This entails revoking several zones’ licenses and grossly reducing the number of SEZ setups in the country to ten at maximum while prioritising the development of these ten for the adequate number of years required. When the selected zones have taken off successfully and met outlined expectations, with the appropriate dedication of resources, the government can scale up. This is the principle behind China’s SEZs’ outstanding performance. China using this gradualist approach, despite how big the country is, started with four zones, then added fourteen more a few years later, and thirty-five, after some more years. Allowing the zones to mushroom in Nigeria when only a limited few are performing below average is simply a total waste of resources.

Umezulike is an international development professional and Development Economics Researcher. He can be reached through chambers.umezulike@gmail.com and on Twitter via @Prof_Umezulike

Rev. Fr. Ejike Mbaka unfounded story: Should we even regulate this social media?