Soya beans export: A potential gold mine of Nigeria 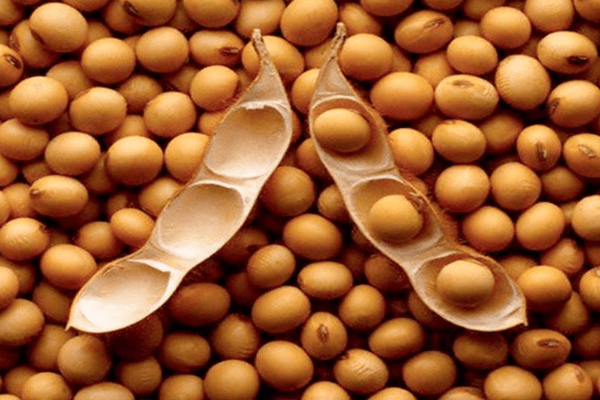 For many years, Nigeria has concentrated on exportation of Agricultural products as one of the main sources of generating foreign exchange in the non-oil export sector.

However, the real export potential of Agricultural commodities has not really being explored because there is no philosophy driving the desire for export growth in the country. Many are simply exporting just to make money with no strategic direction on the implication on the economy. The government has also not done enough in this regards because the Agricultural products that the government is promoting and supporting for exportation are the regular products like Cocoa, Sesame seeds, Raw cashew nuts, Ginger and Hibiscus flower.

Out of the Agricultural commodities exported out of Nigeria every year, the ones that constantly feature on the top 10 exported Agricultural commodity and also among the top ten exportation of Nigeria in general include Cocoa, Sesame seeds, Ginger and Raw cashew nuts. What really bothers me is why government is still giving so much support to these commodities and neglecting a commodity like Soyabeans. I guess it is because the exportation of Nigeria has mainly been done by default based on what is convenient and available and not based on any ideology driven from the topmost echelon of government.

It may interest you to know that the total export market of Cocoa, Sesame seeds, Ginger and Raw cashew nuts is less than $20billion while that of Soyabeans alone is about $60billion. According to the 2017 global export data from The Observatory of Economic Complexity, the total export volume of Cocoa beans traded in the world was $9.35billion, that of Sesame seed was $2.2billion, that of Ginger was $845million while the exported value of raw cashew nut was $6.84billion. The total value of all these most promoted and celebrated exports of Agricultural commodities in Nigeria is $19.24billion while the world traded value of Soyabeans in the same period was $58.1billion.

Why are we so focussed on the exportation of many Agricultural commodities with less value and neglecting the drive for the exportation of strategic products like Soyabeans with such a very high value that triples the combined volume of all the most traded Agricultural products in Nigeria? The answer in my opinion is the ignorance of the elite that are satisfied with status quo and therefore not seeking creative ways to more efficiently and effectively grow our non-oil export volume and the economy in general.

I think, it is high time that the government declared its support for the growth of Soyabeans exportation in Nigeria just the way it has done for rice production, which also has a lower export value than Soyabeans. Nigeria currently generates about $47.6million from the exportation of Soyabeans and this is just a meagre 0.082% of the total export value.

There is therefore a need to increase the volume of Soyabeans production. The government has shown that this can be done with what it has achieved with rice production and I strongly believe that the administration of President Muhammadu Buhari can replicate the same to grow the output of Soyabeans cultivation in the country.

Finally, I will like to call on the government to begin to seek other unusual products in Nigeria with large world export values, so as to support their production in strategically growing the country’s non-oil export.

For the love of Nigeria, Africa and Mankind.