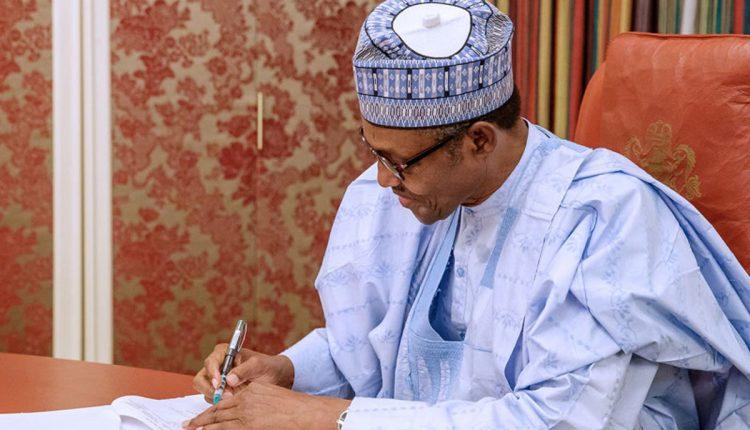 On Monday, 25th May 2020, the President of the Federal Republic of Nigeria, President Mohammed Buhari signed the Executive Order No. 10 (EO 10) of 2020 to grant financial autonomy to the Judiciary and Houses of Assembly at the State level. EO 10 is a move to further entrench the principles of accountability, transparency and good governance and a further step towards actualising the growing clamour for re-structuring the federation.

EO 10 has its roots in the Constitution of the Federal Republic of Nigeria, 1999 (Fourth Alteration, No. 4) Act, 2017. (“The 4th Amendment”, “The Act”), The Act formed part of the Fourth Amendment to the Constitution and was passed in the twilight of the 5th Assembly after undergoing an elaborate amendment process and approval by over two-third majority of the State Houses of Assembly. A review of the provisions of Section 121(3) of the Constitution prior to the amendment indicates that, unlike the provision of Section 81 of the 1999 Constitution which gave financial autonomy to the National Assembly and Judiciary at the Federal Level, Section 121 (3) did not fully cascade this autonomy to the State level.

In an attempt to correct this anomaly, the 4th Amendment to the Constitution amended Section 121(3) as follow – “Any amount standing to the credit of  the  (a) House of Assembly of a State; and (b) Judiciary, in the Consolidated Revenue Fund of the State shall be paid directly to the said bodies directly; in the case of the Judiciary, such amount shall be paid directly to the heads of courts concerned”.

EO 10 was issued to provide a framework for the implementation of the 4th Amendment and further entrench sound democratic principles in governance at the State level. To ensure compliance with the Act, EO 10, amongst other provisions, empowers the Accountant-General of the Federation to authorise the deduction from source from the money allocated to any State of the Federation that fails to release allocation meant for the State Legislature and State Judiciary in line with the financial autonomy guaranteed by Section 121 (3) of the Constitution.

Several commentaries have been raised on the legality or otherwise of the EO 10. Commendable as some of these arguments may be, it is important to look beyond the emotional side of the law to examine the intent of the Order.

Section 5(1) of the Constitution vests executive powers on the President and authorizes him to exercise the same directly or through the Vice-President and Ministers. The Section also provides that the exercise of this executive power shall extend to all laws made by the National Assembly and to all matters with respect to which the National Assembly has, for the time being, power to make laws. Whosever is in search of the source of the President’s power to issue EO 10 should refer to this Section of the constitution. As earlier noted, EO 10 was made pursuant to “The Constitution of the Federal Republic of Nigeria, 1999 (Fourth Alteration, No. 4) Act, 2017” which is an Act of the National Assembly. The key consideration is that to be valid and effective, Executive Orders must be anchored on an enabling Law or Act. The extant order satisfies this critical requirement.

Laws do not typically provide implementation modalities. Accordingly, guidelines that provide more clarity on implementation and interpretation are required. In this regard, Section 315(2) & (4) of the Constitution allows modifications in the texts of existing laws. Section 315(2) gives the appropriate authority (the Executive in this instance) the power to, at any time, by order make such modifications in the text of any existing law as the appropriate authority considers necessary or expedient to bring that law into conformity with the provisions of the Constitution. Herein lies the expediency of Executive Orders in governance.

It is perhaps useful to add that EO 10 would have been totally unnecessary if the State Governments had complied with the provisions of Section 121 (3) of the Constitution as amended by making sure that allocations due to the State Legislature and Judiciary were charged to the Consolidated Revenue Fund of the State as a First Line Charge and remitted to them in line with budgetary provisions.

In conclusion, whilst Executive Orders should not take the place of legislation or be wantonly used to usurp the powers of parliament, they can be deployed as an important tool for social engineering and re-direction. The enactment of Executive Order 10 is not only within the constitutional powers of the President  but is also a welcome development and would serve to breach the highhandedness of State Executives who deny the other tiers of government appropriate funding that will empower them to deliver the elusive “dividend of democracy” and grant the judiciary the much needed autonomy and independence.

Ozor is a Partner at DCSL Law. Kindly forward comments and reactions to cozor@dcsl.com.ng.