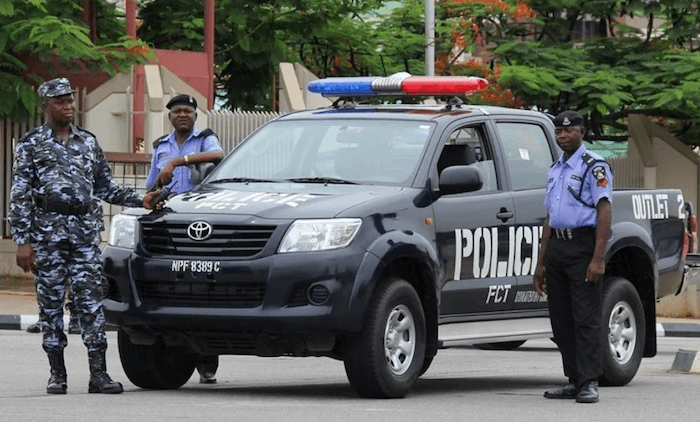 Police is an integral part of every country’s national security architecture, and police reforms are a vital part of security sector reform and an important component of peace building/state building. Against the backdrop of the ongoing national policy debate on the Senate bill on police reforms, we offer these reflections on reforming policing in Nigeria. In principle, every police reform effort is country-specific, but guided by a set of global best practices.

The specific context of Nigeria is that it operates a federal political system. Regardless, the best policing practices entail adherence to the principle of subsidiarity –the notion that policy decisions should be taken, and operational command exercised, at the local or lowest possible level rather than by a central arrangement; effective regulation of non-state security providers; and use of civilian police for civilian police duties and exclusion of the military in such roles.

The current draft bill gives the impression that whittling down the power of the Inspector General of Police (IGP) is the panacea to better policing in Nigeria. That is a flawed diagnosis. The central challenge of policing in Nigeria, is the over-centralization of police arrangement; the deficiencies are regulatory and structural. Zonal restructuring of the police with about 9 DIGs and 17 AIGs manning 17 zones, still does not empower the states and their governors who are the designated Chief Security Officers of their States. The pressing need is to diametrically devolve policing powers to the states and not an amorphous arrangement in which power is vested in zonal DIGs and AIGs.

Supporters of devolution of police functions -moving it from the exclusive to the concurrent list –include many state governors of the ruling All Progressives Congress. This clearly indicates bipartisan support for devolution of policing to the states. It also bears emphasizing that the centralization of the policing functions accreted during the military regimes. In the immediate post-independence years, the regions and even local governments had much latitude in policing activities.

Several factors have provided the impetus for police reforms in Nigeria, and compelled demands for police devolution. First, the current centralized police arrangement has proven insufficiently responsive to the needs of the states and local communities in various parts of Nigeria. This is because there is deep distrust of the police — a distrust, reflected in the public resentment against police brutality. This requires not only enhanced effort at community policing but improved oversight of policing at the community level. Yet it’s wrong to conclude that community policing means assigning central police to communities: rather it means that the police functions at community levels are performed by persons from those communities who understand the culture, speak the language and can easily interface with the locals. It’s the deep disappointment with the centralized arrangement that resulted in the formation of hodgepodge of regional or state security arrangements in the country: Hisbah in some Northern states, Amotekun in the South West; and most recently EbubeAgu in the South East. A more simplified arrangement, advocated by many governors, is to devolve policing to the states.

This reality demands reflection on the fate of the current federal police structure. Devolved police functions will result in most of the current police officers being posted to their states. As in most federal political system, the federal police will be entrusted the responsibilities of enforcing federal laws and investigating federal crimes. This opens the enticing possibility of seamless and efficacious collaboration with the Department of State Services (DSS). Parallels already exist: in the United States, after which many aspects of Nigeria’s federal system are modelled, the Federal Bureau of Investigation (FBI) performs the triple tasks of enforcing federal laws, investigating federal crimes and undertaking domestic intelligence – while collaborating continually with state and local government police. Prevailing trenchant criticisms of the police reflects two current malaise afflicting the Nigerian police. The NPF are required to simultaneously enforce local, state and federal laws and with dismal police to population ratio that is well under the United Nations prescribed ratio of 1: 450 persons.

Next is welfare and pay for the Nigeria police. Most policemen and women not only work in poor physical conditions, they live in poorly maintained and dilapidated barracks. These are not the conditions for officers, women and men of the Nigerian Police to function optimally. An inextricable link exists between these abysmal working and living conditions of the police and the endemic bribery and corruption that Nigerians often complain about. The Police Act of 2020 and the 2019 Police Trust Fund contain provisions for improved welfare, salaries, periodic training, and equipping of police training institutions.

Improved welfare, better training and increased pay for police require adequate financing. As these unmet needs manifest, most states have devoted significant financial resources to offering logistical support to the Nigeria Police Force and other security agencies. Police financing are thus marked by three distinct dysfunctions: states are providing part funding to the police that they have no control over; the federal funding of police is inadequate; and the citizenry that the police is meant to serve and protect are indifferent to their dismal service conditions and dubious in advocating for, or contributing to, better police funding.

Devolution, holds the key to grappling with many problems that afflict centralized policing. With devolution, funding of police will come from three sources – the re-allocation of current federal funding to the states; the states’ contribution; and innovation of co-funding by communities. The last two forms of police funding exist vicariously, through the regional security outfits and community funding of vigilantes. Co-funding of policing by communities will connote ownership, bring the people and police closer, and engender better policing services to the local communities. Devolution will also close the extant constitutional gap of funding-without-authority, by which State governors are designated Chief Security Officers without having control over the police. The Senate should act with courage and boldness to devolve policing functions to address unmet security needs and the demands of the citizenry.

Otobo is author of Consolidating Peace in Africa: The Role of the United Nations Peacebuilding Commission (2015)

Obaze is author of Waning Strength of Government (2020)