Record labels are not charity organisations 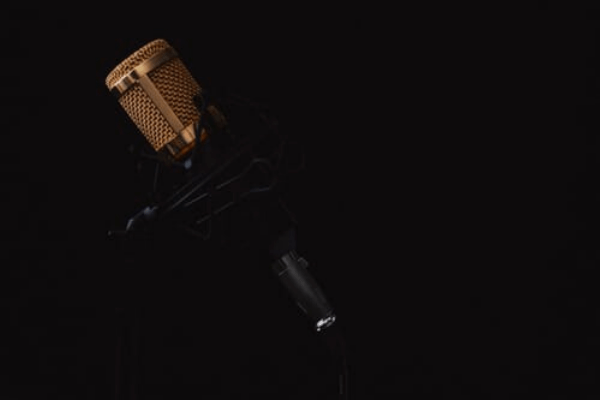 There is a popular misconception among up and coming artists that getting signed to a record label is the master key to all doors that have been shut in their faces. While this is not all the way wrong, there are several in-betweens that cannot be ignored.

Getting signed to a record label should never be viewed as an end in itself, but rather as a means to an end. It should be seen as the finish line that marks the start of a new race.

The Quintessential Expectations of Record Deals by emerging Artists is “Wizkid. I will be big like Wizkid.” All too many young and hungry artists relentlessly hunt for labels with the mindset of a toddler that expects not just a candy bar but the candy shop. Then he wails and laments when it doesn’t go as planned. He doesn’t yet understand the concept of time, choice and niche and the importance these three core factors play in the music industry.

Times have changed and that demands a change in mindset. Creating music in the 90s and decades further behind required a huge budget because the things done on personal computers at home today could only be done in high-end studios.

In the US in the year 2000, CD and Album sales yielded a revenue of $13.36bn according to RIAA. In the year 2018, according to RIAA, $9.85bn in revenue was generated by the music industry from physical and digital sales. 88% of the sales from 2018 were digital through streaming platforms like Apple Music, Spotify, Tidal, Boomplay, Amazon, Youtube and several more. And just 12% of physical sales! What this means is there is now a change of guard. Definitely the music industry will flourish a lot more soon as the menace of music piracy is curbed. According to RIAA, the US economy loses $12.5bn due to piracy on an annual basis. This is more than the 2018 revenue generated by over one-quarter.

Digital Streaming Platforms allow for emerging artists to be discoverable. The western world has rapidly shifted from traditional means of music consumption to the opportunities that come with streaming. The change is gradually penetrating the African market and bringing African listeners on board. The widespread acceptance of music streaming around the world has ushered in a new era of music and artists need to capitalize on the opportunities these provide. A key feature of streaming platforms like Apple Music, Spotify and Boomplay are playlists. With the hundreds of millions of songs on these platforms, listeners need faster methods to discover new music and new artists. Getting song placements on playlists makes artists easily accessible and the more traction a song pulls or potential it portrays promotes it to more recognized playlists. Creating possibilities for the record to blow up to the status of an undeniable hit.

Record labels are not charity organisations. At one point or the other artists have been housed, clothed or fed by their record company. One or all of the three necessities of life has been served to an artist, but at a price – catalogue.

Before an artist is signed, he must first be discovered. The stage of the artist’s development during this period of discovery goes a long way in determining the kind of contract presented to the artist and how much bargaining power the artist has.

Before young/emerging artist go out hunting for labels, it is advisable that they, first of all, put themselves in a position to be wanted. They bring more than raw talent to the table by having a relevant track record. In summary, they should be the full package in terms of “wantability”.

When your friends and family cannot create a support group for your career it is laughable to expect that from complete strangers. The music business is a business – for profit – not a “dreams come through” charity organization.

There are certain boxes to check for emerging artists to be deemed desirable, and subsequently bidded for by labels.

First off, are people buying into the music and artist?

As social media children, we are, it is less difficult for record labels to determine the influence of an artist with the aid of the digital space. Good news is your online following does not have to be in hundreds of thousands or even tens of thousands. Following a few thousand fans, loyalists, supporters and observers will catch the attention of labels. Should however an emerging artist buy followers for the sake of views and to “look like a star”, it will tell in the engagement on his/her page. More importantly, having a huge “following” that doesn’t translate to sales is shooting yourself in the foot.

Next, are people buying the music?

Not only “pangolo” music sells in Nigeria. With the advent of streaming platforms, artists get paid per stream. Labels are interested in how well an artist is streamed and this influences their decision to sign an artist or not to sign. Emerging artists are therefore advised to put less content up for free downloads and be more deliberate with the business/sales end of their music. “< 1000 streams/plays” will not be taken seriously. In as much as the creative industry works with gut feelings many times, it is difficult to argue against data and proven track records.

Finally, what is your unique selling point?

It is imperative for artists to have something that sticks out about them. Something beyond just music but represents their being and existence. It either humanizes them, deifies them or presents them as outcasts. This is their brand. Emerging artists should have a clear picture of what they want their brand to be presumed as. It might not be perfectly crafted with limited resources, but still, let labels know you are intentional about your brand. Your brand is who you are. Even when there are various facets to your persona and you have diverse interests, it is important to find a way to string them together and present it to the world as one package.

Having highlighted these points, artists are to strive for originality but not entirely discard tested and trusted formulas. They should work towards standing out and putting themselves on a certain level where labels garner interest in them as opposed to them hunting for labels. I understand it is different strokes for different folks, however, record labels businesses. They are not obligated to love you or show compassion. Be well aware of what you are getting into and do not dive in blindly then seek pity points from the masses when things go south. The battle of the fittest is often won by the wisest.