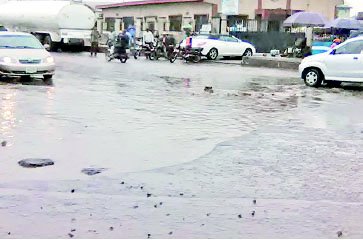 The legislative arm of Ejigbo LCDA, Lagos, in 2019, reportedly passed a vote of absolute confidence on Monsurudeen Oloyede Bello Obe, incumbent Chair of Ejigbo LCDA. The latter earlier served the same council as vice chair. It therefore stands that he is not an amateur leader when it comes to governance at grassroots government.

The vote of confidence passed on Obe by the councillors is not surprising, considering certain media accounts about his accomplishments. It was widely reported that he, within 60 days of his swearing in as chair, constructed three roads, built two health centres and was embarking on building three schools. Interestingly, the said feats were recorded in an era, where marking 100 days in office, even with absolutely nothing to show, is projected as democratic accomplishment.

There is no sense, denying that the inhabitants and visitors to Ejigbo LCDA did not see some of the roads credited to Obe. It is equally certain that the pitiable state of some of the rehabilitated roads, before the advent of his administration, was raising questions about the relevance of other local government councils in Lagos and Nigeria at large. It further states that some road-users, trying to connect the popular NNPC and Canoe Roads, would confirm how the rehabilitation of some of the roads by Obe brought great relief to them.

It is however certain that credible observers and assessors can easily assess the integrity of Obe and his government. They would simply peg his stewardship at below average mark, merely walking or driving through some of his so-called rehabilitated roads. In short, they will not just appreciate how tax-payer’s monies were woefully wasted; they will feel and boldly attest to what motorists and passengers face, on a daily basis, plying the completely deplorable roads that have not lasted up to four years.

Interestingly, Obe is already seeking re-election, possibly because he has “questionably” secured part of the support he needed from his councillors. Some catchy posters, announcing his intention are still pinned to some strategic spots across the council. Unsurprisingly, the posters especially highlighted some of the ongoing and completed road projects credited to his government.

Luckily, the coast is now clear for Obe and his colleagues to continue in office. The controversies about the actual years of their tenure in office have been laid to rest. There are also strong indications that the Lagos State Independent Electoral Commission, LASIEC would likely conduct elections into the councils, next year.

Meanwhile, it is understandable that Obe has constitutional right to aspire to any political office in the country. But, is it enough seeking and “actually” getting the people’s political approval? Has Obe truly complemented the people’s trust with appreciable and long-lasting dividends of democracy? Honestly, is Obe not very far from delivering dividends of democracy to the people of Ejigbo LCDA, looking at the disgraceful state of some of the roads, he rehabilitated in less than 4 years?

Odiaka is a result-driven media content analyst. He lives in Lagos