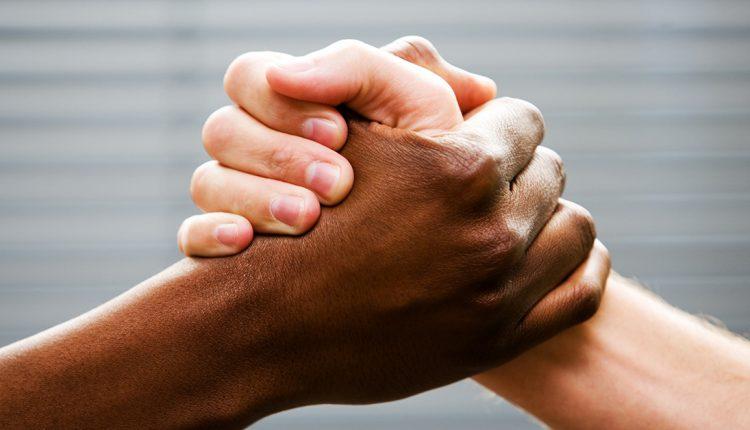 The name George Floyd might just reverberate throughout all history for the same reason Rosa Parks’ name does, “I can’t breathe” may also be one of the most iconic catchphrases in the struggle for racial equality since the ‘Am I not a man and a brother” catchphrase of the anti-slavery movements in the early 1800s.

Floyd, a 46-year-old African American was brutally slaughtered in Minnesota by a white police officer who asphyxiated him to death by pressing down his knee on Floyd’s neck for about 10 minutes. In the very distressing and heart-wrenching video, Floyd is heard pleading and begging for his life uttering the phrase “I can’t breathe” about 16 times, then finally calling on his late Momma before losing consciousness. The Floyd video conjures painful feelings of dèjà vu, only 6 years ago, Eric Garner (you guessed right, an African American) was choked to death by a white NYPD officer, Garner was also heard squealing the very same phrase -“I can’t breathe” for nothing less than 11 times.

Cases of police brutality towards people of colour in the US is rife, in 1999, an unarmed Amadou Diallo, a 23-year-old immigrant from Guinea, West Africa died after he was riddled with 41 bullets by 4 NYPD officers, Philando Castile was shot over 12 times and killed in full view of his girlfriend and daughter in Minnesota. Atatiana Jefferson was fatally shot right in front of her nephew by a police officer in Texas; Breonna Taylor also died after being shot at eight times in her apartment in Kentucky; 7-months pregnant Malaika Brooks was subjected to three Taser stun gun shocks till she was unconscious and dragged face down on the streets of Seattle by police officers with her 11 year-old son looking on helplessly. In all cases, the victims were black and unarmed, the police officers who shot at them, white.

There are also many instances of white people calling the police on people of colour for frivolous and outright racist reasons, two years ago, fellow compatriot, Lolade Siyonbola during her time at Yale University filmed a video that went viral of a white student calling the police because she felt Lolade wasn’t supposed to be at Yale, even after Lolade had shown her student ID, opened up her apartment with her key card to prove that she was indeed a student of Yale, the police officers kept heckling and harassing her. In May, Amy Cooper (a white woman) after been cautioned by Christian Cooper (an African American and no relation of Amy) to abide by Park rules in New York called NYPD, stating that Christian was threatening her life and that of her dog.

The unnecessary and tragic deaths of Ahmaud Arbery and Trayvon Martin at the hands of ordinary white citizens go to show that racism in America isn’t just institutionalised but very well internalised by Caucasian citizens of America, this has manifested itself in micro-aggressions by white folks against people of colour, a phenomenon that distinguished Professor Carol Anderson terms “white rage”.

One of the pictures of Mr. Floyd that has stuck with me is one in which he is seen holding up his Bible amidst other friends, he was a man who helped organise Christian outreaches in the hood and assisted in the water baptism of folks in the name of Jesus. Now, I couldn’t care less if he was gay, Hindu, Buddhist, Nihilist, Muslim or of any other conviction, he was a fellow HUMAN BEING!

My Bible tells me to love and respect my neighbour as myself (doesn’t matter the skin pigmentation, sex/sexuality or religious beliefs). Some of my deepest friendships and connections are with people of other faiths, we don’t subscribe to the same divinity, but we certainly share the same humanity.

Yes, I’m irrevocably Christian, nothing in heaven and on earth can change that; I’m Christian not because my parents are Christians or I was born into a Christian family but because I exercised my sovereign and inalienable right to choose to be Christian.

And shame on me if I go around telling people that JESUS loves them and I’m silent about JESUS hating injustice and loving justice. Justice needn’t always be retributive, sometimes, it should, justice could also be restorative, and one way restorative justice should be served to the people of colour is through REPARATIONS.

The question of reparations came up during the 2019 Democratic Presidential Primaries, while most candidates supported the idea in principle, even pledging to support a reparations research bill, they all fell short of committing to any genuine policy plan. Bernie Sanders, who was one of the Democratic frontrunners tried to side-step the issue by always seeking the definition of reparation,  one interviewer bluntly answered “money to the descendants of slaves” to which Sanders replied “I think there are better ways to do that than just writing a check”. While it is true that reparations could take on more than direct cash handouts, Sanders’ unwillingness to back reparations, a race-specific policy plan that addresses the peculiar problems imposed by slavery/racism on African Americans isn’t unusual, Senator Kamala Harris, an African American who also vied for Democratic nomination for President of the United States shied away from any bold policy statement/plan on reparation for obvious political reasons. However, a recent INSIDER poll found a majority of voters who identify as liberal, 54%,  support reparations for descendants of slaves.

Some people think the mention of reparation in race relations a taboo, others believe that reparations are not feasible, they are both wrong!

Those who think reparations a taboo are obtuse because they refuse to accept the reality that the almost 500-year legacy of slavery/segregation/racism has exacted unjust and inhumane systems, structures and arrangements on people of colour while white folks have been expropriating all the benefits and profits of such systems. It is only sensible and a show of good faith if arrangements for reparations are put in place.

Reparations clears the air of ambiguity, animosity and hypocrisy, it sends a clear message that says something like “We the governments/descendants of our white, murderous, rapist, Bible manipulating, vile and wicked forbears acknowledge the unspeakable and unimaginable pain, burden and sharp inequalities that the evil of slavery, segregation and racism has caused all the people of colour, we are truly and deeply sorry and as a show of good faith and a token of our commitment to racial reconciliation, we commit to pay if agreed by parties involved xyz amount or award xyz tax rebate or xyz housing,  education and health subsidy/grants to people of colour living in our countries for xyz number of years, we also commit to xyz preferential trade agreements to countries of colour (African countries in particular) for xyz amount of years and return all loot and stolen artefacts”.

For this to work, there has to be a dismantling of economic, judicial, political and international structures and strongholds that perpetuate black subjugation. I maintain that no meaningful and lasting change can be made in race relations especially as regards the man of colour if reparations aren’t at its core.

And for the others who think reparations aren’t feasible, all they need do is to look at the defence and war spending of the US and the West in just the past two decades and then redefine what feasibility means. Germany has paid more than $70 billion in reparations to the Jews since 1952 and continues to deliver hundreds of millions of dollars each year.

In any case, we seem to have a global awakening on the evils of racism and I’m glad that the Church which hitherto has been complicit in and other times complacent on issues of racism is now united and vehement in this fight. In the wake of George Floyd’s gruesome murder, there’s been protest in over 100 cities in the US and other cities in Europe, Australia and New Zealand with prominent Church leaders black and white alike leading the charge.

It was heartening to read that conservative Christian groups such as the Alliance Defending Freedom are urging the Supreme Court in the US to review the doctrine of qualified impunity and its excesses, a doctrine that has allowed law enforcement agents take a bow or a slap in the wrist after unjustifiably slaughtering mostly people of colour.

One can only hope that this holy fervour translates to tangible actions that set the human race on a path of justice, equality and equity.
Black lives truly matter.

“Learn to do right! Seek justice, relieve the oppressed, and correct the oppressor. Defend the fatherless, plead for the widow”. Isaiah 1:17

.Ajala, a former lecturer of Economics at the University of Abuja, now consults and frequently writes on international politics, finance and economics.