Psychopathy or Patriarchy: Re-imagine a world with less ‘special’ privileges 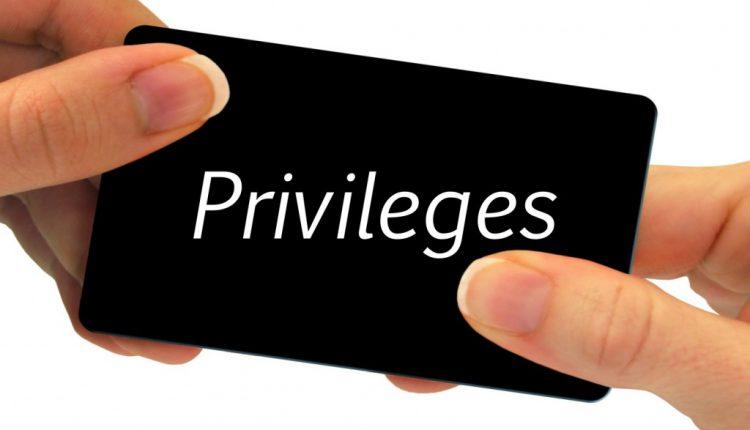 Allow me introduce my self – My name is Chinasa, Tolulope Ken-Ugwuh (and the names, albeit mixed, still do not give a complete account of my heritage). I was born to a Yoruba mother from Ile-Ife, Osun State and a half Igbo, half Kalabari father from Ngor-Okpala, Imo State and Abonnema, Rivers State respectively. Born in the beautiful city of  Jos and raised in the South Western city of Ibadan – suffice to say, I am as Nigerian as they come, an exotic blend of the rich and diverse ethnicity of Nigeria.

However, being married to an Igbo man from Imo State, and with my bride-price duly paid according to the Igbo traditional rites, I automatically lose that exoticness, because I must now claim my husband’s state of origin, or so they say.

I had to do this introduction to set the context, as it makes me question the fate of a ‘melting-pot’ like myself in a country where Federal Character trumps Meritocracy. This question came alive to me, when I learned of the alleged push backs from certain quarters, to the Presidential nomination of the accomplished Mrs. Opunimi Akinkugbe, CEO of Bestman Games Ltd. and my one-time divisional head at Stanbic IBTC Bank, as an ambassador for Ondo State. The reason cited – she’s not a bonafide indigene of Ondo, and being married to a son of the soil, suddenly does not confer upon her such privileges.

So, you see my dilemma – they tell you to take your husband’s name and all that comes with him, and when it comes to certain privileges, they remember your real state of origin. What happened to earning a position based on your capabilities and the value you will add, is there a problem with meritocratic nominations, is the overarching objective not to have a better and developed country with the best of the best at the helm of affairs? I’ll rest my case by calling this the two sidedness of patriarchy – where certain rules only apply when it suits society.

Patriarchy may have its benefits as with all things in life, but it has been abused and is an underlying factor for a number of ills that exist in our societies. Take for instance, the story of the young lady, Olamide Alli  (God rest her soul), who was brutally murdered by her fiancée, who also claimed his life thereafter. The incident begged if the reason behind such a heinous act could be ascribed to Psychopathy or Patriarchy.

In conversation with my friend (as usual) Olayemi – we both agreed that the gentleman was clearly psychopathic and that everyone has a degree of “psychopathy” in them, just that some are less recessive than others. We then touched on patriarchy as a possible factor and agreed that it must’ve been an enabler. Here’s our rationale – if psychopathy is laced with extreme egocentricity, and you have  patriarchal norms dictating that the male child’s masculinity is defined by the way he is in control all the time – this generally heightens the person’s sense of self and can become toxic. Now imagine this coupled with a dominant psychopathic disorder.

I am not a feminist nor any kind of “ist”, I am just a strong advocate for “fairness”. Fairness to me is an equal playing field where you see human beings based on their values, capabilities and strengths, not tribe, gender, race, colour, creed, etc.

To see the positive change we want in our societies, we must raise well rounded individuals. Therefore, my recommendation to millennial parents is this – “Teach the girls to value self and not endure pain because of their gender – it is neither humility nor strength. Teach the boys to earn and not to own because of their gender – that is not strength, but a deep sense of entitlement.”

As Martin Luther King dreamed, that his children will one day, live in a nation where they will not be judged by the color of their skin but by the content of their character – I look forward to a day in Nigeria, when your character and diligence as a person is enough to earn you a seat on the table not the character of your state of origin.