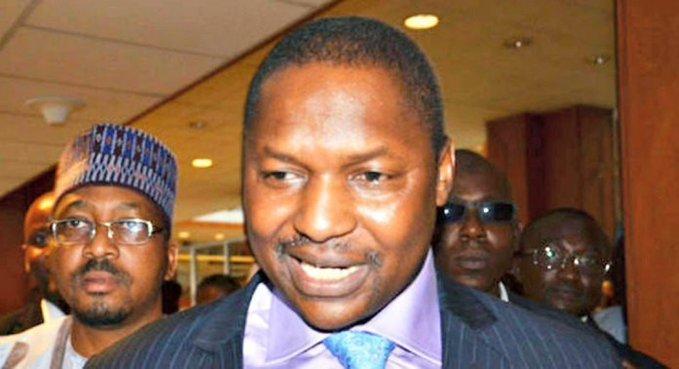 Last week, during a visit to the United States, Nigeria signed a tripartite agreement to return illegally looted assets to Nigeria. The agreement with the United States and the Island of New Jersey was to recover assets taken by a former Nigerian military ruler, the late General Sani Abacha.

In 2019, President Buhari pledged to fight corruption and for the benefit of its people return to Nigeria assets that have been stripped out of our country. The recovered funds from General Abacha will be used to support Nigerians, with investment in infrastructure projects.

We are facing an immense challenge to address endemic and historic corruption.

Nigeria’s anti-corruption unit, the Economic and Financial Crimes Commission (EFCC), is currently conducting several high-profile investigations. These include acting against former oil minister Diezani Alison-Madueke, who was arrested in London by the UK’s National Crime Agency. Negotiations are continuing to extradite her for financial misfeasance while in office.

One of the most notable examples of the EFCC’s investigations is the ongoing dispute taking place in the London courts between the Nigerian Government and the vulture-fund-backed P&ID.

P&ID – a company founded by a failed music promoter from Ireland, with no experience in gas infrastructure – signed an agreement in 2010 to develop a gas processing facility for Nigeria. Unsurprisingly, the project was never even started – and the EFCC has since uncovered significant evidence to prove that the whole arrangement was a sham designed to fail from the start.

For example, negotiations with P&ID were undertaken by high-level government officials within the previous administration, who hid the contract from the usual checks and balances. Most tellingly, when the agreement inevitably fell apart, these same officials proceeded to defend the case without the assistance of the Ministry of Justice. Little wonder that the Federation lost the subsequent arbitration.

What is shocking is the consequences of the loss – an award of US$6.6 billion to P&ID, a figure that is now accruing interest at a daily rate of more than $1.2 million.

In the London High Court last month, the Federal Republic of Nigeria presented evidence that the contract was based on fraud. This included an admission by a government adviser that P&ID had handed him a bag of cash to help secure the deal. The judge noted that the evidence was “seismic”.

Despite this, P&ID has never rebutted the allegations of fraud and corruption. Instead, they continue to doggedly pursue the Federation and the Nigerian people for the award.

Enforcing an award that is now worth almost five times the Nigerian education budget would have serious consequences for the Nigerian people. It is not only contrary to public policy but simply unconscionable – particularly given the new evidence uncovered relating to P&ID’s corrupt and immoral actions.

P&ID is now no more than a shell company, registered in the British Virgin Islands and backed by a vulture fund with a history of stripping assets out of vulnerable countries. It is entirely unclear who would benefit from a $10 billion payout.

Nigeria is facing up to its responsibilities and working hard to combat the deep-seated challenge of corruption. We urge governments and organisations around the world to help ensure the people of Nigeria do not pay for this highly orchestrated scam.

UI ASUU gets new Chairman, as Omole bows out