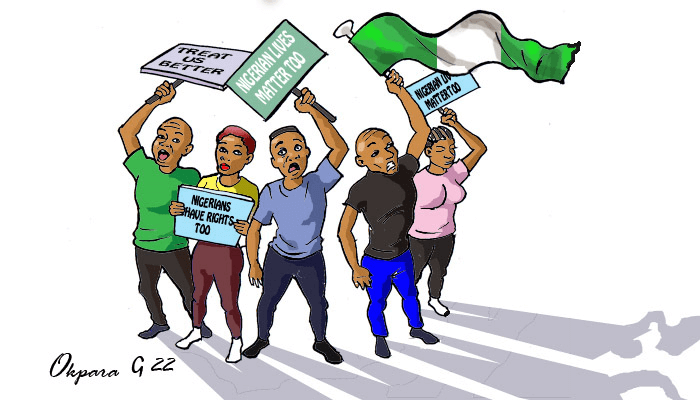 We love technocrats. We advocate for capacity. We champion ideas and pray for leaders with intellect. Yet, more often than not, technocrats fail woefully in politics. This seems contrary to the idea that smart people should make great politicians. It is also ironic that intellectuals capable of proffering solutions to our many problems cannot seem to garner the support necessary to get into political positions. Even when technocrats are voted into these positions, most times, they end up with less than average performance, disappointing the expectations of their supporters.

I cannot claim to understand why this happens. However, I can pose a few ideas and allow you to draw your conclusions.

One thing that is common among technocrats is; they have made their mark as intellectuals. They are brilliant people. Some have a background in academia. Some are chairmen of boards. Some are conveners or founders of their various organisations. Most have enjoyed one appointed position or the other. They have received multiple awards attesting to their contribution to the collective body of knowledge in the world. They are leaders with excellent track records. It is beyond doubt that they Know how to solve problems. This exact fact is why they fail in Nigerian politics.

As the private sector is focused more on the result than the process, its top teams are usually led by a one-man master-of-all. Problem is, this method just cannot work for the public sector

Most technocrats as I said previously have served in appointed positions. They have come close to political power and in some cases, they are considered political stakeholders. So they have had a taste of what it means to wield political power and influence without having to do the dirty work Nigerian politics often requires. Due to this, they somehow convince themselves that they are actual politicians. With this tweaked mindset, they approach elections, believing they have gained experience to contest with career politicians. This, often times, leads to their first rude wake-up call.

To be fair, this is not always the case. Sometimes, technocrats who put in their best efforts may win their party ticket but still loses to career politicians in general elections. Other times, they play the game right, win the elections, and then get overwhelmed by the position they worked tirelessly to get into.

Thing is, technocrats understand their value. In the academia or private sector, the value they provide in a lot of ways takes them to the apex of their career. So, they have never needed to depend on the people around them to achieve desirable results. As the private sector is focused more on the result than the process, its top teams are usually led by a one-man master-of-all. Problem is, this method just cannot work for the public sector. Thus, you see the technocrat struggling to lead a group of civil servants even with years of heading agencies in the private sector.

There is an aura you can feel when talking to very brilliant people. It is a form of confidence bordering on arrogance. This is the cumulative energy you have when you know you are rarely wrong. Through no fault of theirs, technocrats all share similar energy and people are almost always threatened by this aura. This is why we are so quick to criticise those we perceive as the “elites” while shielding the “less-privileged.” This is also why technocrats face a very difficult time in Nigerian politics.

When a technocrat decides to run for an office, most times, they are convinced that they are the best candidate for the job. This is a great mindset. It is only troublesome when this mindset starts creeping into your practice of politics. Why? Because Nigerians can smell arrogance from a mile away and we love nothing more than putting people in “their place” at any cost. So, when you combine this self-assuredness with proper intonation of any language, you have created the worst monster a regular Nigeria must defeat; simply to make us feel good about our own shortcomings. It does not matter that you can solve the healthcare problem or design a system that reduces the cost of living; Nigerians will fight you simply because you ate eba with cutlery.

On the off chance, the technocrat wins the election and gets inaugurated, another part of politics begins. This part can even be considered to be more important because now, you need to live up to expectations. This is where most technocrats come to realise that indeed politics, policymaking and governance though independent, are not mutually exclusive. The first error here is appointing only technocrats into positions. This is great for governance, but terrible for politics.

Read also: Laws are made by politicians who have no expertise – NASC

The blind cannot lead the blind.

The private sector, corporations and agencies are very different from the public sector. This is a rude awakening that intellectuals with only private sector experience encounter when they get into public service. In the former, everyone is competent and looking to move up in the corporate world. In the latter, the order of the day is soldier come, soldier go, barracks remain. Simply put, your core support staff in public service will be the first to remind you that you have a tenured stay whereas the only security they enjoy, is this job.

This situation often leads to another critical error most technocrats make. They start to look for replacements for the staff. In a sane world, this will be a great move. In Nigeria, it is seen as a personal vendetta and will be treated as such. Your government will be met with such resistance that you will realise Nigeria only love change when it is chanted or sung about. At this point, you will understand that the fanfare, noise and everything you once condemned as a waste, might be the only incentive to get utility out of people whom you actually pay.

Before you scream blood, there might be an alternative to this madness.

A technocrat comes into office against all odds. For efficiency’s sake, change is introduced gradually by appointing 80 percent technocrats and 20 percent politicians to head ministries. Already, this may appease the “powers that be” and offset some animosity from the political elite. Just be certain that the 20 percent career politicians are competent and enjoy the goodwill of the people.

Now, a legitimate government enjoys the goodwill of the people in their first 100 days. This period is very crucial. This is the best time to adopt the most radical of your policies without suffering as much backlash from the people. After this period, the technocrat must maintain the trust of the people by consciously communicating proposed policies. Of course, the government is not expected to release sensitive information. But just like movie teasers are made to gain the interest of fans, policies can be released in bits to get a feel of the people before an official announcement is made. What this does is make the people feel like they are indeed a part of the decision-making process in matters that concerns them.

Political communication is hinged on two pillars; the government and the masses. It is the biggest tool a technocrat has in the arsenal. Career politicians know this and that is why they keep trumping technocrats in elections. Humans love attention and the right communication skill places just enough attention on the people to endear them to the right ideas. When wielded properly, communication can make the once perceived arrogant know-it-all, become the approachable messiah that was misunderstood.