Nigeria’s striking doctors: To treat the headache or the brain tumour? 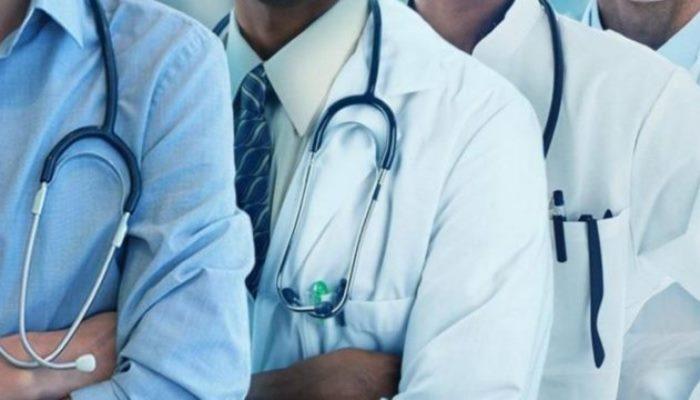 The pun in the title of this article is clearly intended and rather apt too, I borrowed it from my friend Tina when she was trying to describe a situation where the symptoms of an issue were being addressed as opposed to the underlying issue itself.

For as far back as I remember being a teenager, teachers and doctors have always gone on strike over salaries in Nigeria. It is however, disheartening to learn that these strikes still persist, and sadly, over the same reasons.

The Nigerian doctors in some state-run hospitals reportedly went on an industrial action over remuneration, inadequate facilities and a lack of protective equipment during a pandemic as vicious as Covid-19. While this was not a shock, as it has essentially become “our way of life”, the response from the relevant government quarters was shocking. The proposed solution was for the hospitals to replace the striking doctors with medical National Service Youth Corpers to fill any service gaps – typical reactive solutions that don’t make the problems go away for long.

This response was for me, cringeworthy, as it had me wondering about the premium the government places on the quality of healthcare and how replacing doctors with corpers is a lasting solution to the problem.

First of all, the reasons for the strike were definitely not unfounded and while one can question the moral element of the situation, given the Hippocratic oaths doctors swear, we mustn’t forget that they are still human beings, contrary to the super-hero attributes society has conferred on them.

Secondly, it appeared there was an assumption that the corpers would not be as sensitive to the needs noted by the striking doctors, which for me, further highlights, the degree to which essential workers are valued by government.

The big question however is this – Why is it difficult to nip in the bud this repeated strikes by placing the right premium on our essential workers?

We keep highlighting how rich Nigeria is in untapped human capital resources and complaining about brain-drain, failing health systems etcetera, but the incentives to promote the former and curtail the latter respectively are non-existent.

If nothing at all, the Covid-19 pandemic has shown, more than ever, that a country is only as strong as its healthcare and education sectors, and so if the people who operate in these sectors are truly valued (which they should), one of the ways to demonstrate it is by providing decent welfare benefits for them at the very least.

The government, as at the time of writing this article, has reportedly committed to addressing the concerns of the striking doctors, however, I’m a bit jaded, and rightfully so, because this is the typical dance. There are no guarantees that the solution that will be proffered will be sustainable or adequately address the issues.

That said; I hope that during their deliberations, the following considerations are taken on board to ensure that we start to treat the brain tumour and not the headache: Firstly, 42percent vibrant and growing youth population with so much potential that must be harnessed and not cut short due to poor healthcare; secondly, the recent positioning as the world capital for under-five deaths as reported by the United Nations Children’s Fund – the right investments must be made in our health sector to change this narrative, and thirdly, poor doctor-patient ratio as at March 2020 stood at 1: 2753 against the World Health Organisation’s recommended ratio of 1:1320. This is indicative of the effects of brain-drain and the lack of incentive to practise in Nigeria’s heath sector

On this note, I’ll end with this quote with the intention for it to serve as reminder to the relevant authorities – “The obligation of the government is to protect the public health, safety, morals and general welfare.”– Allan Wolf